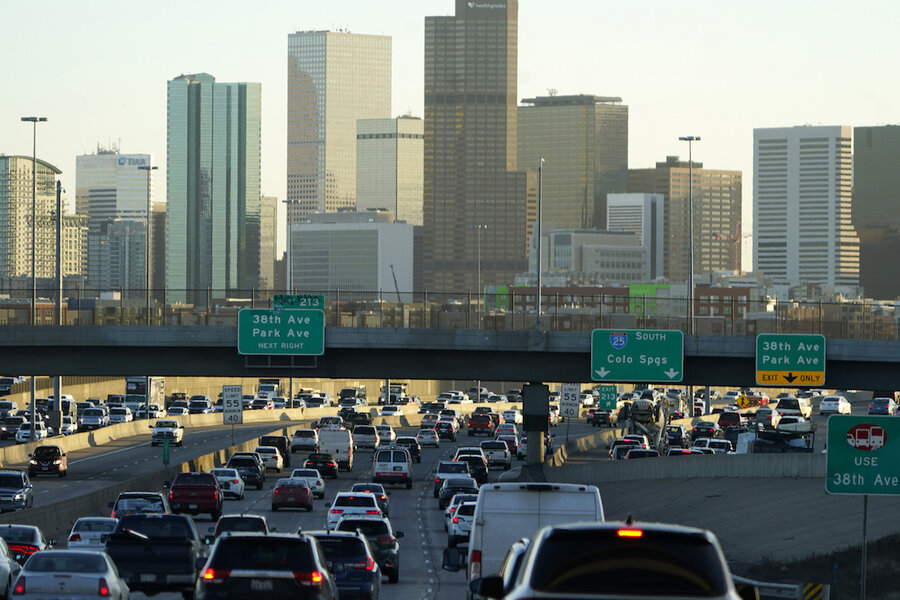 The first batch of once-every-decade data from the United States Census Bureau shows a country that is growing – but less quickly than it was previously, and with a population that’s shifting to the South and the West.

The data released Monday was relatively basic – containing national and state-level population figures and details of how they affect states’ representation in Congress. Still, it contained some surprises and pointed to some consequential trends.

Five takeaways from the new census data follow below:

The U.S. population grew to 331 million, a 7.4% growth rate from the last time the Census Bureau counted every person in the country, in 2010. Those may sound like big numbers, but it’s actually the second slowest rate of population growth the census has ever recorded, just behind the 7.3% growth in the 1930s.

That decade’s slowed growth was rooted in the Great Depression. Our past decade’s sluggish rate had similar beginnings in the long shadow of the Great Recession. The drawn-out recovery saw many young adults struggling to enter the job market and delaying marriage and starting a family. That dealt a blow to the nation’s birthrate. Then the pandemic hit last year and made matters worse.

But while U.S. population growth recovered after the Great Depression, demographers are not optimistic it will pick up anytime soon. Most forecast even slower population growth in the decades to come. Americans are getting older – the median age in the U.S. is 38, up one year from 37 in 2010. Immigration had been dropping even before the pandemic effectively shut it down. And many Republicans have largely turned against the idea of immigration, legal or illegal, a new political barrier to the country adding more population quickly.

“Unlike the Great Depression, it’s part of a process where we’re likely to keep having slow growth,” said William Frey, a demographer at the Brookings Institution in Washington, D.C.

That has potentially grim consequences for the nation’s future. “The big demographic advantage the U.S. once enjoyed over other rich nations has evaporated,” John Lettieri, president of the Economic Innovation Group, tweeted after the census data release. “Now there are more Americans 80 and older than 2 or younger.”

The U.S. population may be growing more slowly, but it continued its 80-year-long trend of shifting to the South and the West.

The snapshot tells a familiar story: Americans have moved out of the industrial Midwest and Northeast, and are going elsewhere to chase jobs, affordable housing, growing new suburbs, and vibrant cities.

But, strikingly, the longtime symbol of Americans’ search for the new and the next wasn’t part of that story: California’s growth rate wasn’t enough to retain its 53-seat delegation in the House. The nation’s most populous state lost a congressional seat for the first time in its history, a fact that is already forcing debate over whether Democrats’ control of state government is to blame.

A game of inches

This census count was a tough one for New York. Growth has been slowing for years and there’s been a particular exodus of people from its upstate region north and west of New York City. But, during a Monday news conference, Census Bureau officials revealed the state was 89 people short of dodging the demographic bullet of losing a congressional seat.

Congressional reapportionment is a zero-sum game, with states divvying up the 435 House seats based on population. Minnesota barely edged out New York to avoid being the last state to lose a seat. If New York had counted 89 more residents, and all other states stayed the same, the state would have kept its seat and Minnesota would have lost one.

Minnesota, which had the nation’s highest self-response rate, also secured the last House seat in 2010.

Those population changes will be quickly translated into political shifts. The census data officially kicked off the redistricting process, in which states will redraw congressional and statehouse districts to adjust for the new headcounts.

The news Monday was generally good for Republicans. They control the redistricting process in Florida, North Carolina, and Texas, which account for four of the seven new seats.

The two Democratic states that gain seats – Colorado and Oregon – won’t give that power to their Democratically controlled legislatures. In Oregon, Democrats have agreed to give GOP lawmakers equal say in redistricting in exchange for a pledge not to hold up other legislation. And Colorado’s voters took the drawing of district lines away from state lawmakers and gave it to a nonpartisan commission.

The new seats are only part of the often cutthroat redistricting fight. As soon as August, the Census Bureau is expected to release detailed information showing, down to the block, where almost every person lives. New legislative maps will be redrawn in each state to ensure equal representation. But one party can gain advantage by packing rivals into a single district, or spreading them out so that they can never win an election.

Right now, the GOP controls more statehouses overall and has an edge in growing states. Republicans only need to net a handful of seats to win control of the U.S. House of Representatives.

“I think Republicans, when all this is done, will be in great shape to retake the House majority in 2022,” said Adam Kincaid, executive director of the National Republican Redistricting Trust, which is coordinating the GOP redistricting push.

But there will be limits. Many of the new residents of those states are young and voters of color, groups that lean strongly Democratic. It may be hard for Republicans to maintain their edge for much of the decade, regardless of how they draw their lines.

In fact, the process was expected to go even better for the GOP. Texas had been predicted to gain three seats, Florida two, and Arizona one. Those shortfalls were a shocker for demographers, and there were so few details in the data it was hard to understand what happened.

One possibility is that Latinos weren’t properly counted. Latinos make up a large segment of the population in the three states that didn’t gain expected seats. During his presidency, Donald Trump unsuccessfully pushed to add a citizenship question to the census, sparking allegations that he hoped to intimidate immigrants or people in the country illegally from participating in the process. Additionally, the actual count started during the coronavirus pandemic, when it was especially hard to reach certain populations.

It may be that the gap between expected gains and actual ones is the first sign of a Hispanic undercount. But it’s too soon to tell without the more detailed data due out in the fall.

“The initial results are surprising enough that once more details are released, we will be able to better determine to what extent the Latino population was fairly and accurately counted,” said Arturo Vargas, president of the National Association of Latino Elected and Appointed Officials.

Thomas Saenz, president of the Mexican-American Legal Defense and Education Fund, said he wasn’t ready to “sound the alarm” about an undercount yet, noting that growth among Latinos may have helped New York avoid losing a second House seat.

D.C. statehood: Advancing the cause of Democrats? Or democracy?