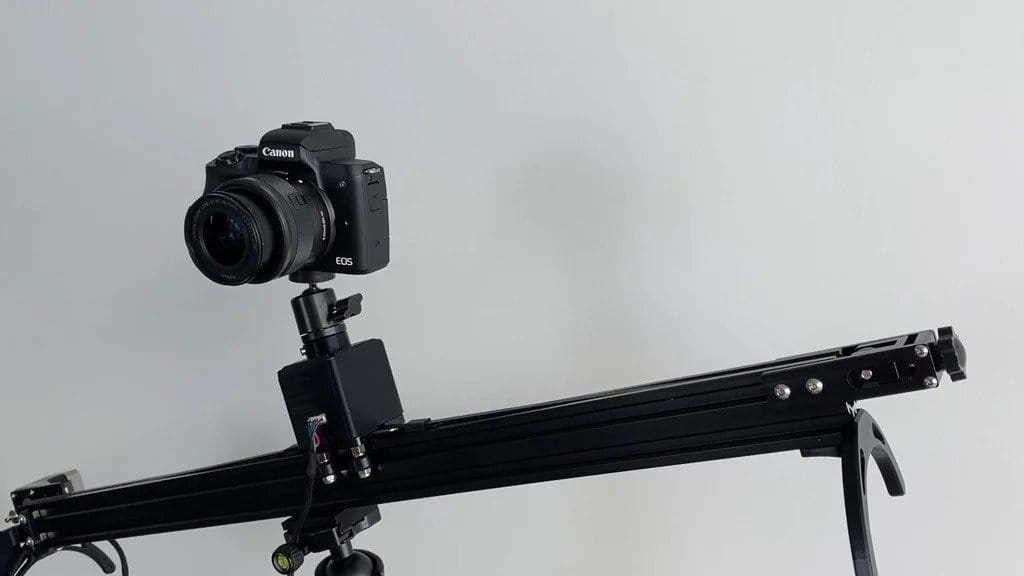 This article is a master DIY will tell us how to make a slider for a camera. This slider can be installed both horizontally and vertically, and the camera moves along the slider and around the axis. Additionally, you can manually change the tilt of the camera.
To make such a slider, you need the following
Tools and materials: – 3D printer; – Aluminum profile 2040 – 700 mm; – Carriage for profile 2040; – GT2 tensioner; – GT2 pulley 5 mm; – GT2 belt; – Nema17 – 2 pcs; – Camera mount; – Nuts M5 for profile; -M5 bolts; -Arduino Pro Mini 5V; -TMC2208 stepper motor driver – 2 pcs; -100 uF capacitor – 2 pcs; -OLED-display; -encoder; -pin connector; -Slide switch; Step one: use of aluminum profiles with T-slots
One of the easiest ways to make a slider is to use T-slot aluminum profiles. They are widely used in hobby CNC machines such as 3D printers and laser cutters, so many accessories are available for them and they are relatively inexpensive.
The shape of the profiles is such that specially designed nuts fit into the grooves to fix brackets and accessories, and platforms or carriages can slide on them.
The master chose the 2040 profile for his slider and all the accessories for it. 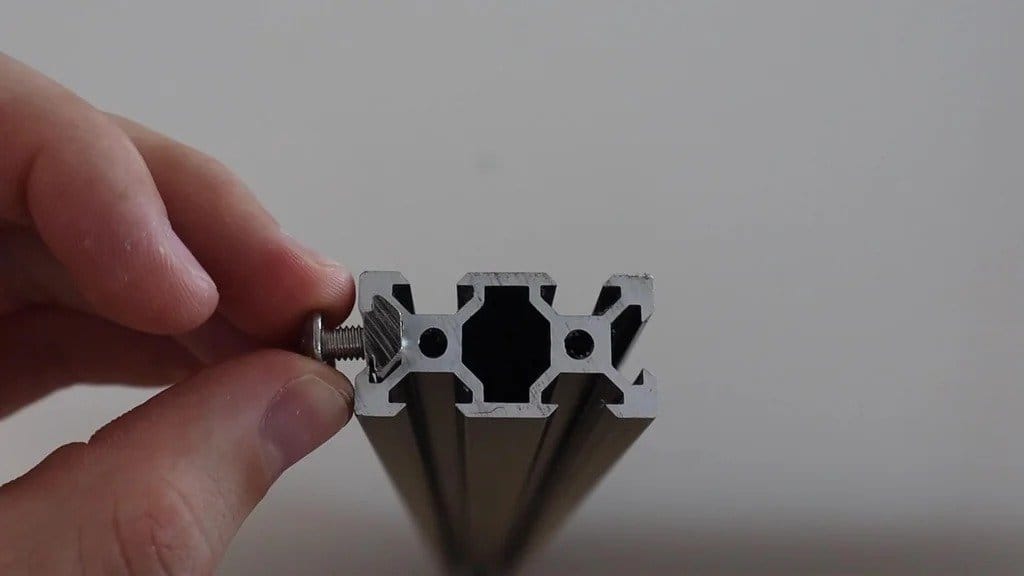 Step two: installing a linear motor
The linear motor will be responsible for moving the carriage along the profile. The motor is installed at one end of the profile. Mounted with a bracket and screws. 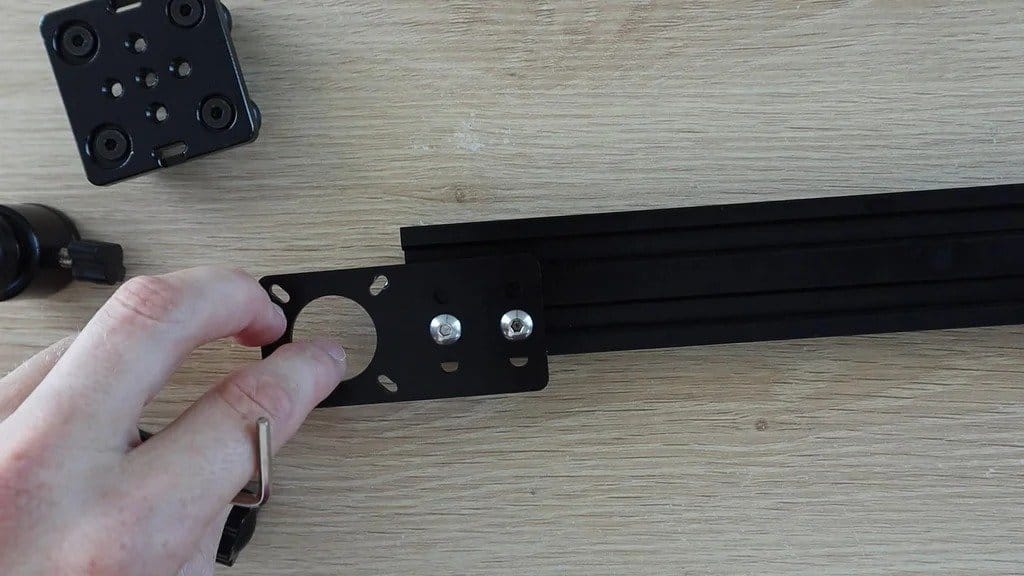 Step Three: Installing the Axial Motor
The axial motor is responsible for rotating the camera around the axis. To install it, he designed and 3D printed the parts.
The motor is installed in the housing and the housing is screwed onto the carriage. A camera mount is installed on the motor shaft. Files for 3D printing of parts can be downloaded here. 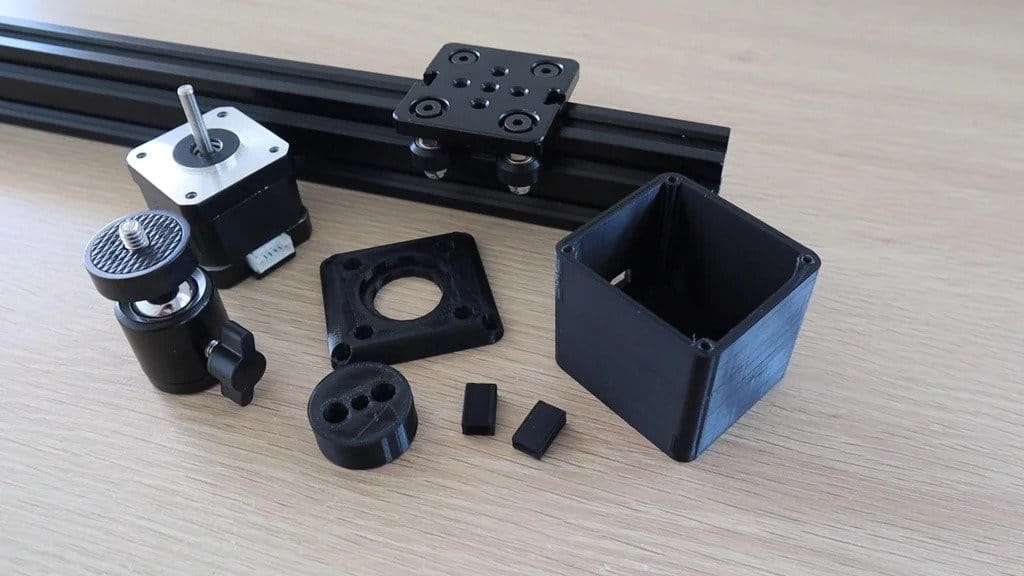 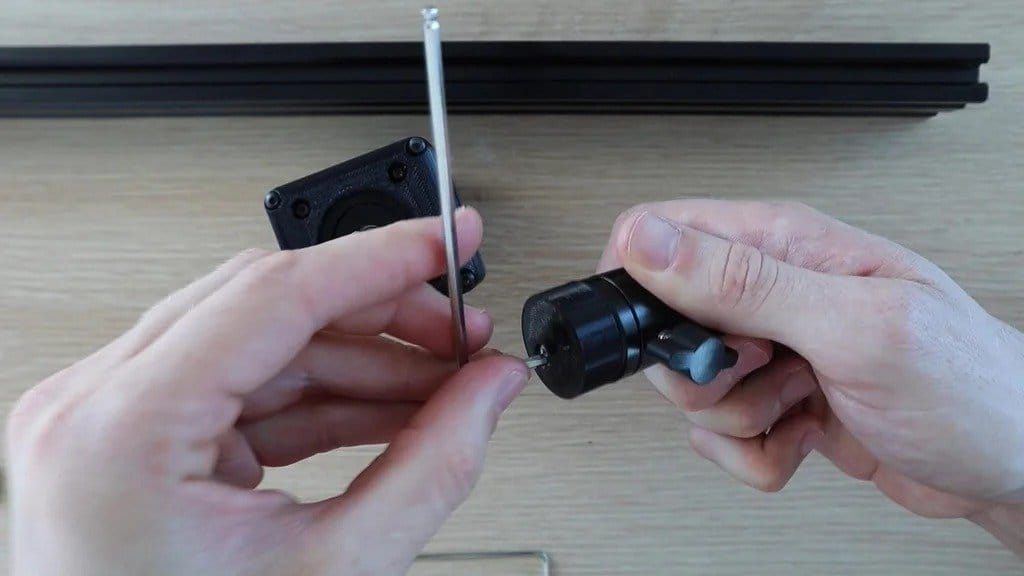 Step four: legs
In order for the slider to be horizontally installed, the wizard designed and printed the legs … The legs are screwed on the edges of the profile.
A bracket for mounting the slider on a tripod was also printed. All printable parts can be downloaded here.
Step five: belt and tensioner
Now you need to install the belt.
One end of the belt is attached to the carriage using a 3D printed holder. Then the belt is passed through the engine pulley, tensioner and is fixed on the other side of the carriage. The tensioner adjusts the belt tension. 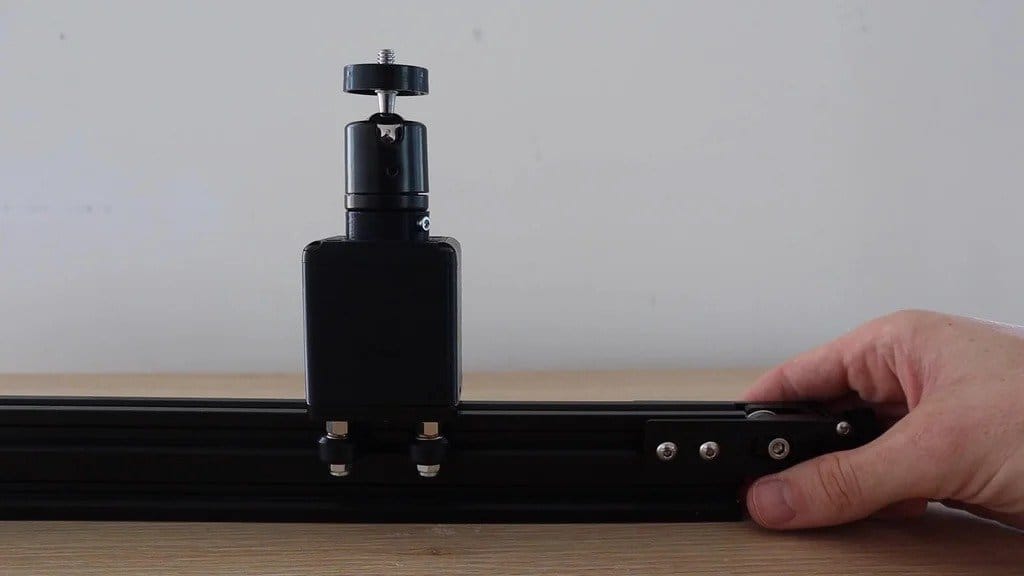 Step six: checking the electronics
The mechanical part is assembled, and you can start testing the electronics.
To control the motors, the master used two TMC2208 stepper motor drivers, which are controlled by the Arduino Pro Mini. He also added an OLED display and a rotary-push encoder to select modes and parameters.
He connects and tests all parts on a breadboard. 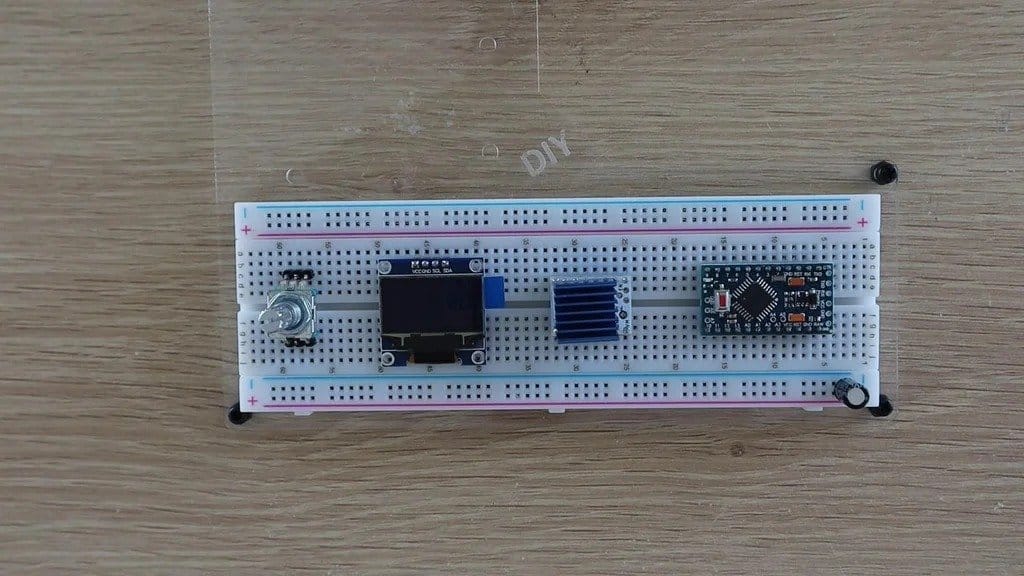 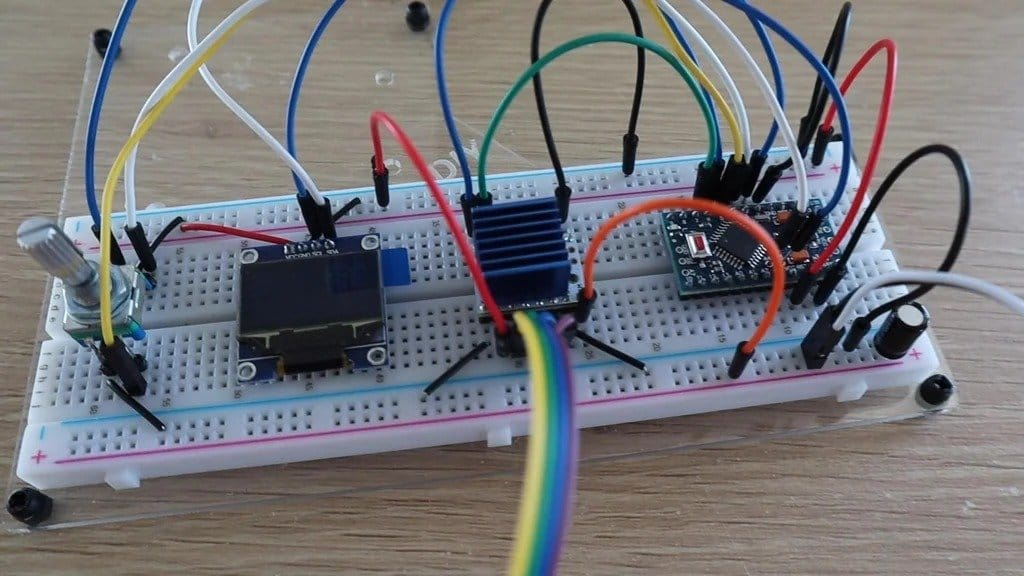 Step Seven: PCB
For this project, the craftsman made a circuit and designed a printed circuit board. The file for making the board can be downloaded here. 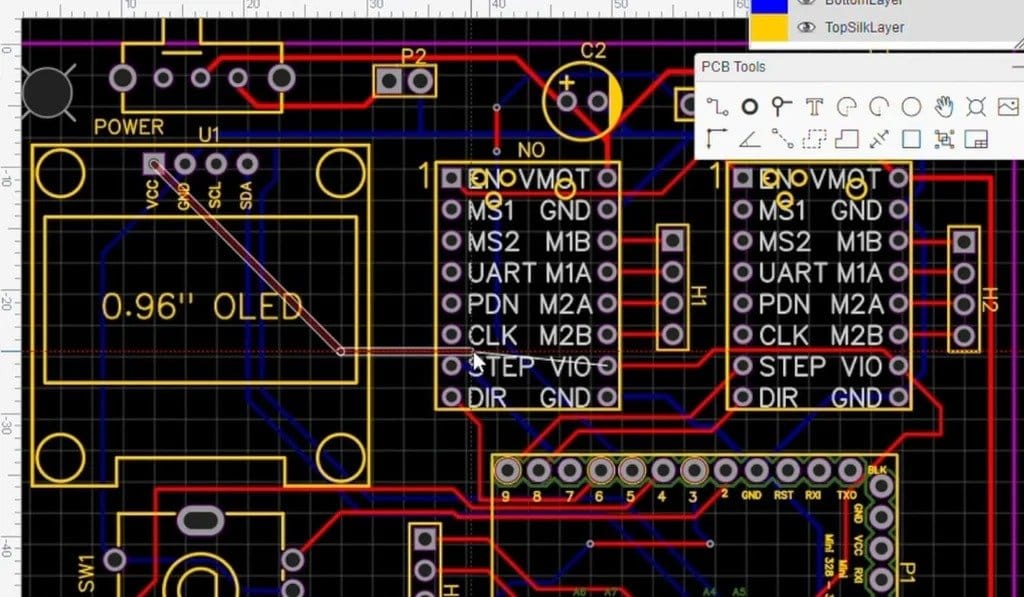 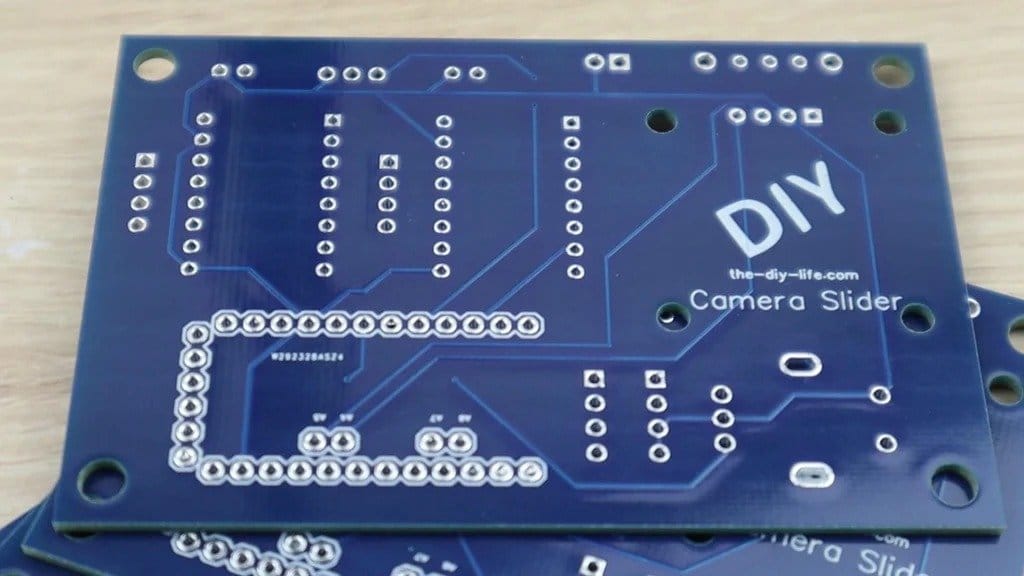 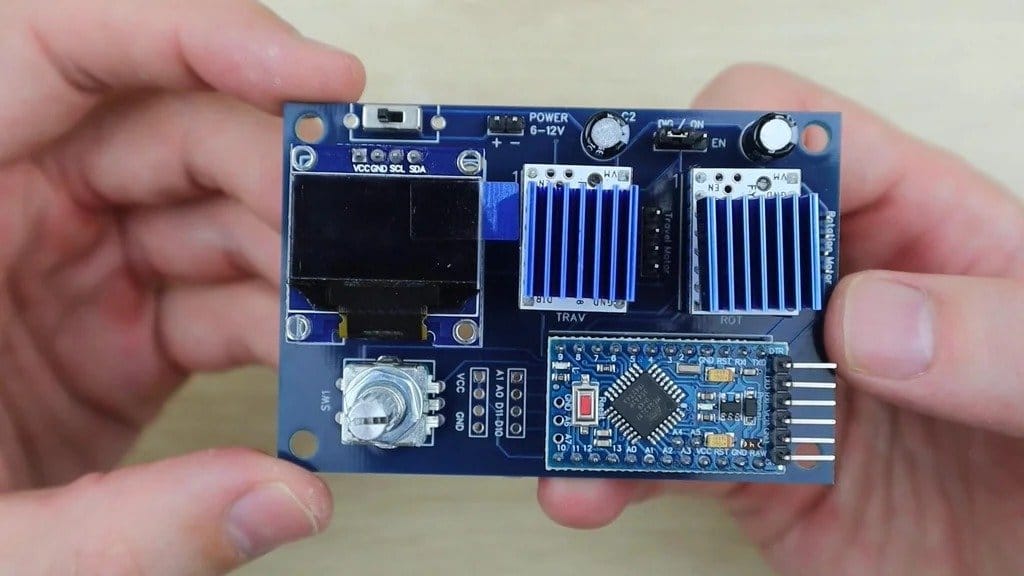 The printed circuit board and electronics are installed in a plastic case, which is fixed to the profile. 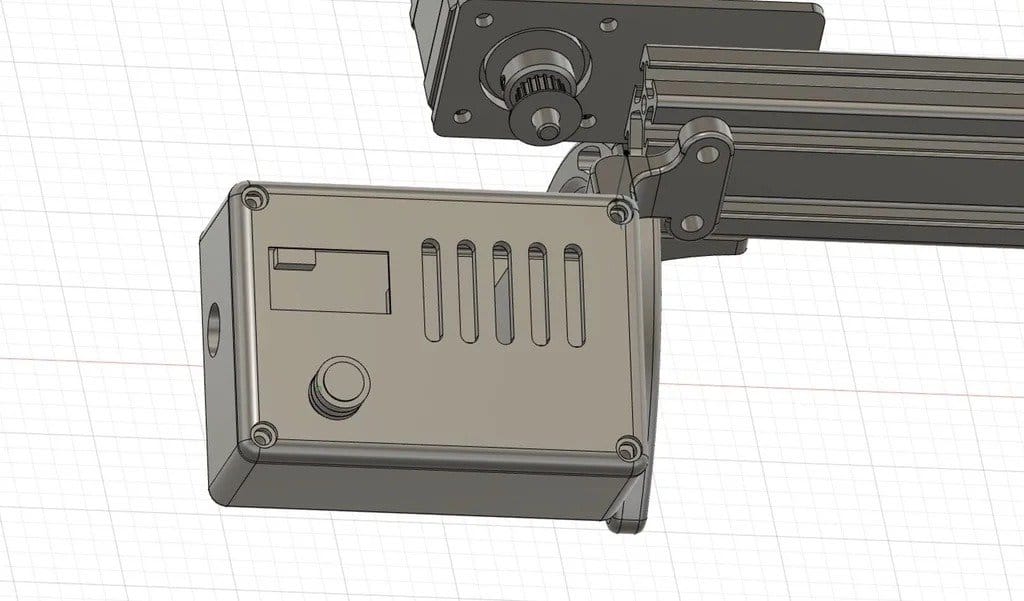 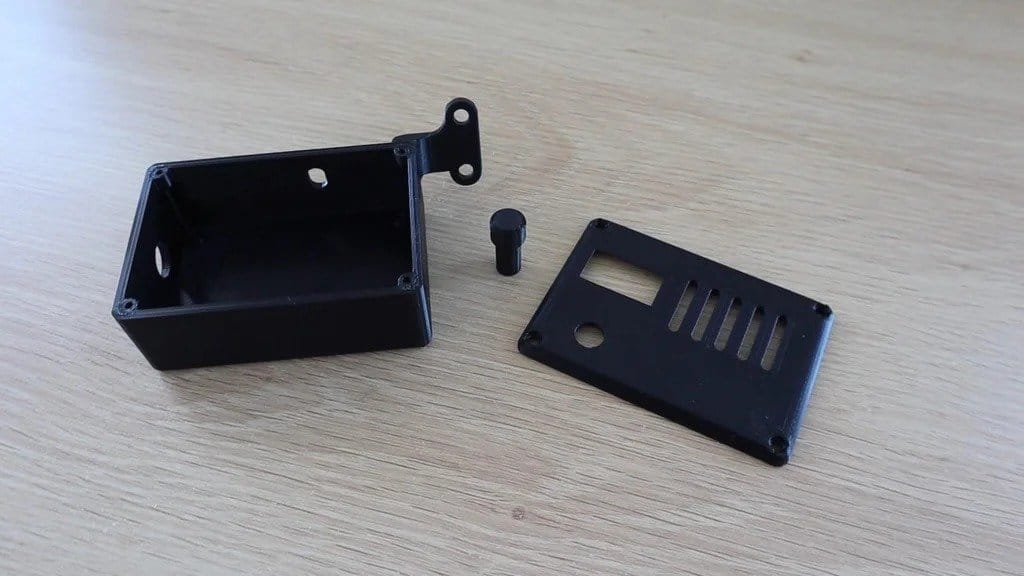 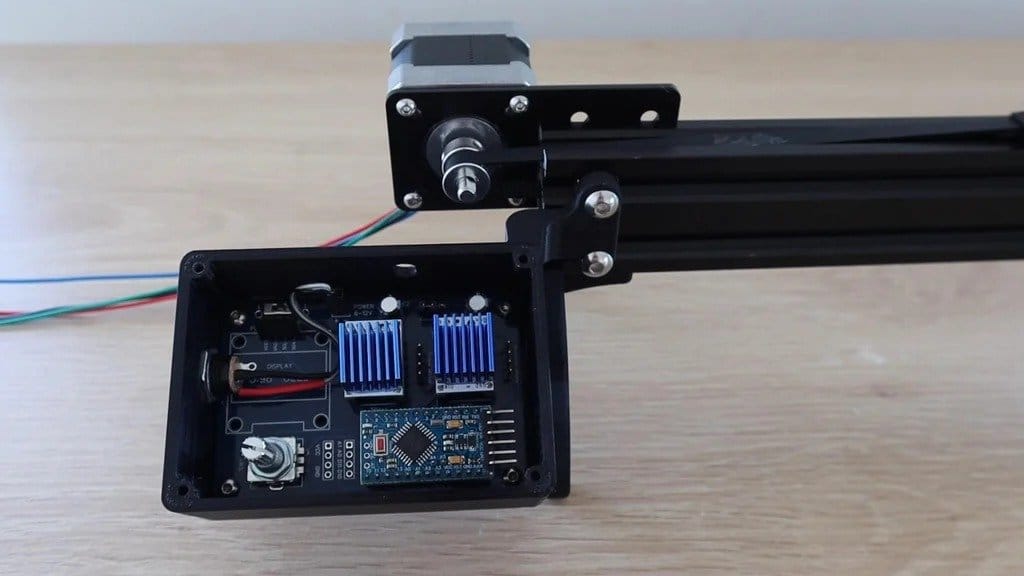 Step Eight: Programming
Now you need to program the Arduino. It turned out to be not such an easy task.
When the carriage moves horizontally, the camera should rotate around the axis and keep the subject in focus. Moving from one end of the profile to the other, the camera rotates 120 degrees. To keep the camera still on the subject, rotate the camera slowly at the beginning, faster in the middle, and slower again at the end.
The code can be downloaded here. 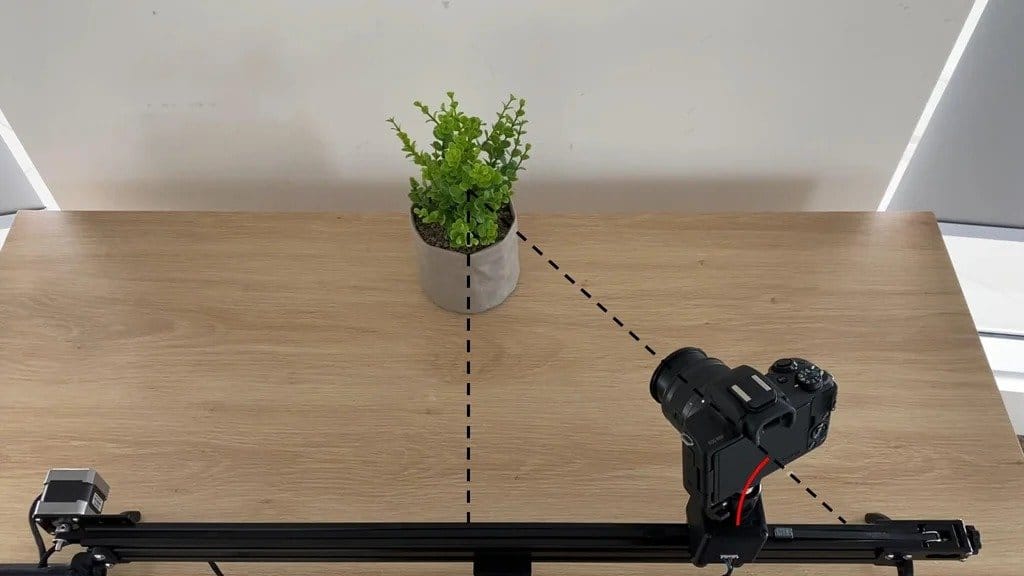 Step nine: completion of assembly
Now all that remains is to install and screw on the lid, as well as connect the power supply. 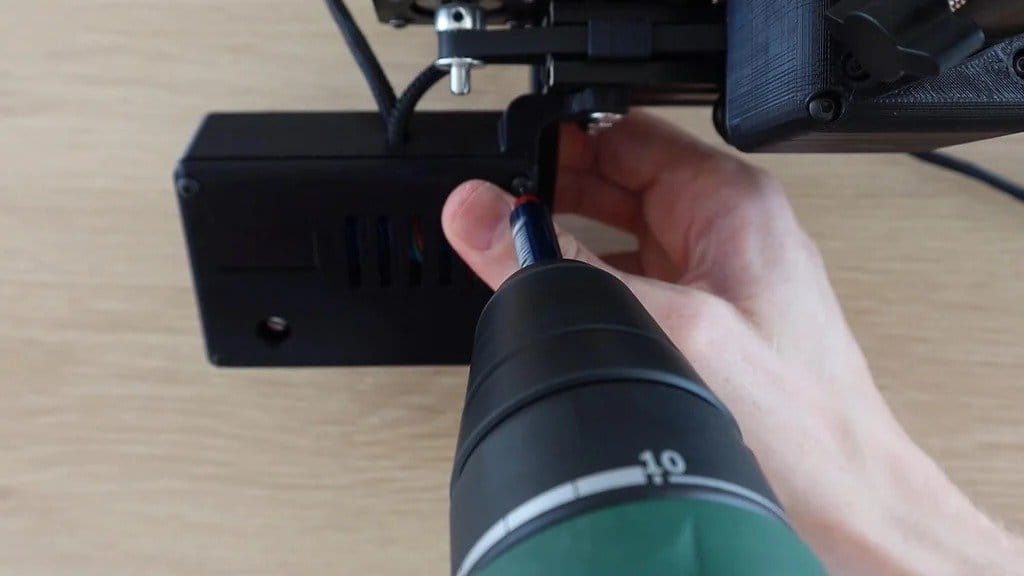 Step ten: control
When the power is turned on, the splash screen briefly appears on the display and then the main menu opens.
The main menu allows you to choose between pan, pan, pan and pan and object tracking. To move between menu items, you need to turn the encoder knob. To select, you need to press the encoder knob.
Each mode has an options screen where you can enter distance, angle, time, and directions for movements. You can adjust each option with the rotary knob and press to confirm values.
Next start screen. This menu allows you to set any starting positions. After pressing the button, the motors are switched on, locked, and a 3-second countdown is performed before starting the movement.
At the end of the movement, the motors remain locked in the end position until the button is pressed again. 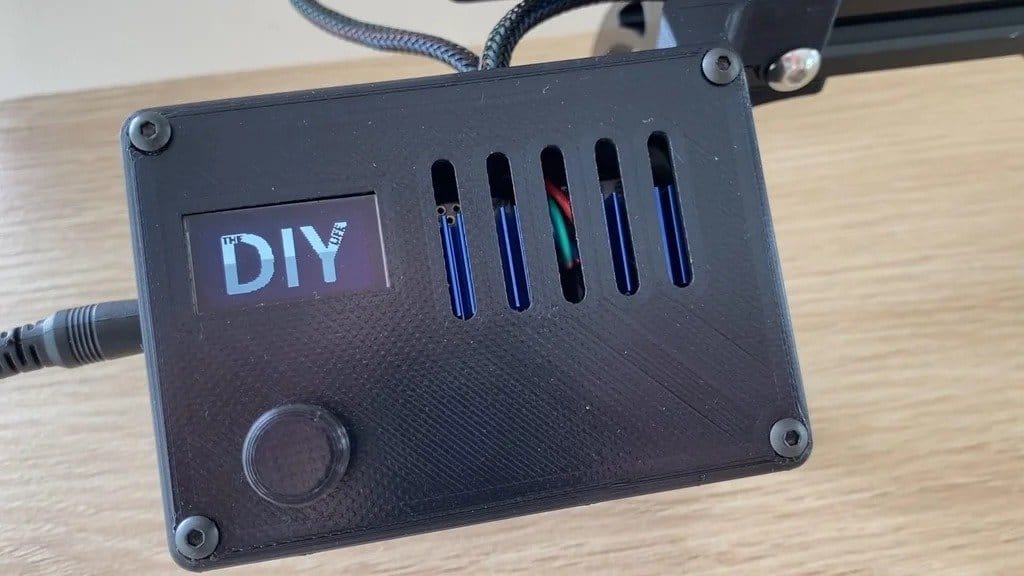 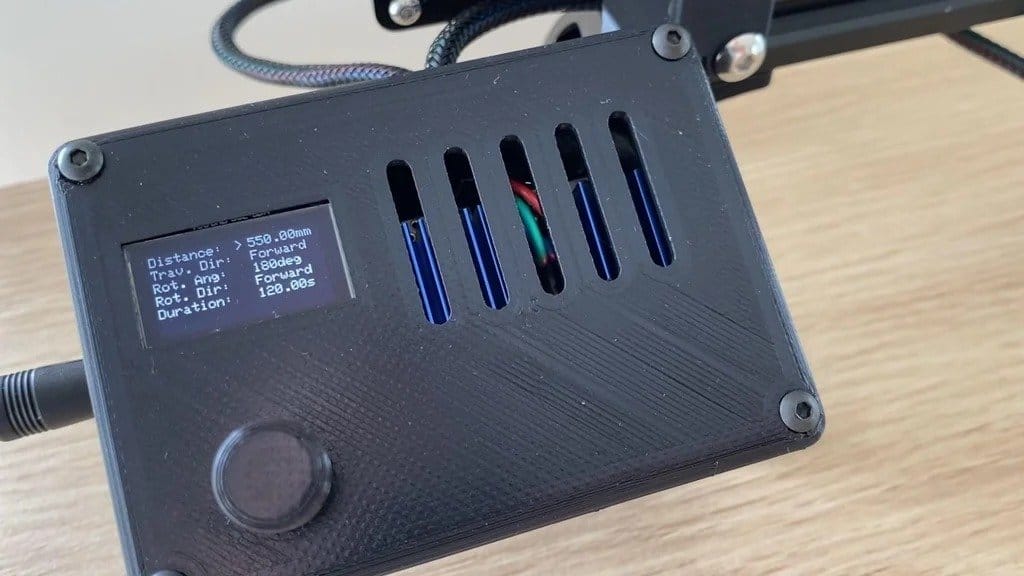 Everything is ready.
For more details on the assembly process of the slider, see the video below.
< iframe width = "700" height = "394" src = "https://www.youtube.com/embed/h5faZXlyLzY?feature=oembed" frame border = "0" allowfullscreen>

How to make a simple balloon incubator