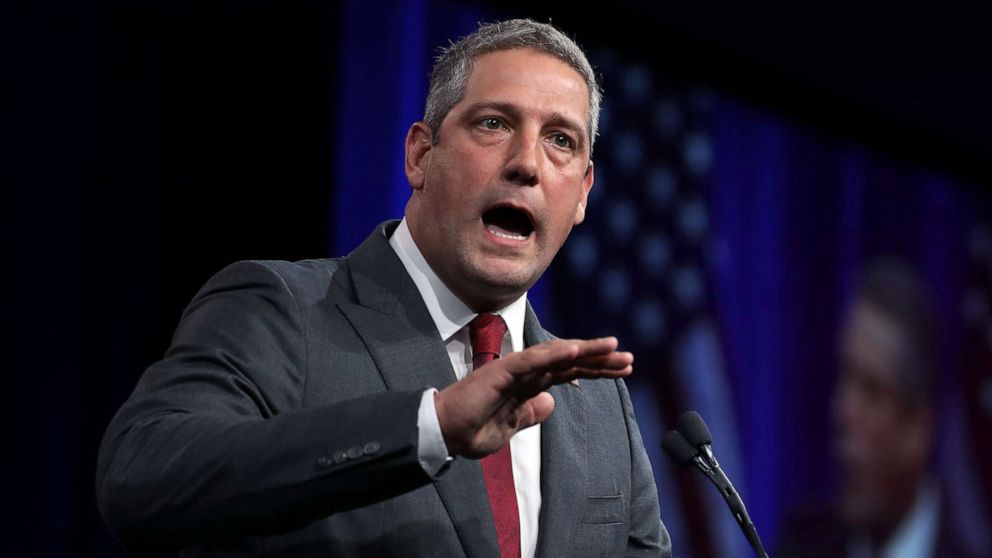 In his first campaign video, Ryan pitched an economically-focused platform that seeks to bring jobs to Ohio.

“I’ll work with anyone to rebuild our economy, but I’ll never sell out our workers,” Ryan said in the video.

The 10-term congressman gained a national profile with similar rhetoric during the 2020 campaign cycle as a Democratic candidate who sought to pose himself as an alternative to Joe Biden.

While campaigning, he often talked about giving “a voice to the forgotten people of our country” and made appeals to Midwestern, blue collar voters. After spending seven months in the race, Ryan withdrew from the primary contest in October 2019.

Ryan’s announcement also comes as the fates of congressional districts across the country — including his own Ohio district in the northeastern part of the state — are put into question over redistricting.

While the congressman says “change is coming” and appears optimistic about flipping the Senate seat to blue in 2022, he enters a race that currently features a crowded field of contenders across the aisle.

According to Federal Election Commission data, nine Republican hopefuls have filed to run in a contest that is testing the weight of the former president’s influence on his party.

Ryan enters the race with over $1.2 million raised in the first quarter of this year for his House campaign, which he can use for his Senate bid.

Beginning Tuesday, Ryan’s campaign says he will start a “Workers First Tour” in Cuyahoga County. The tour aims “to hear from workers in every corner of Ohio about the challenges they are facing.”

Cuomo’s tenure nears end, but his legal headaches may have just begun