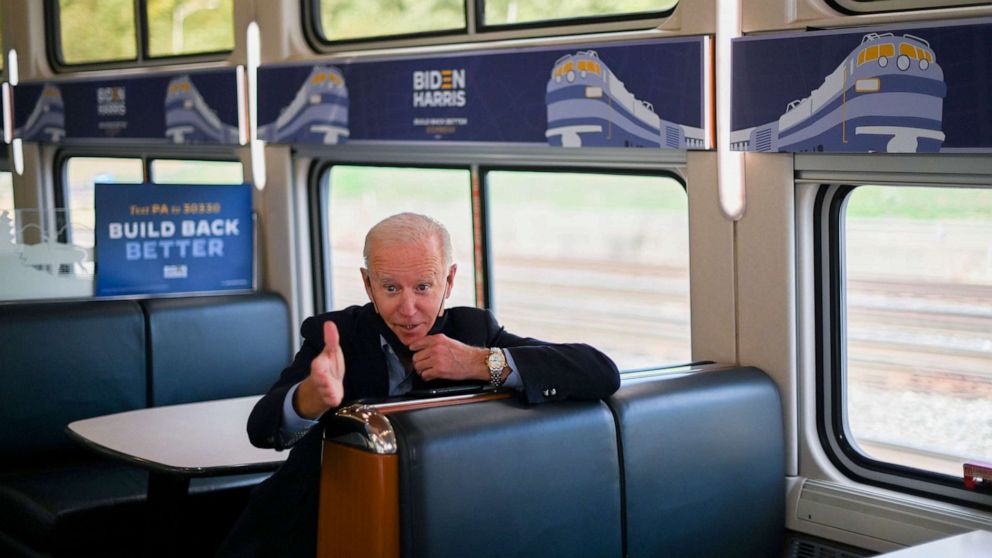 President Joe Biden, a well-known fan of Amtrak, will attend an event marking the 50th anniversary of the train service in Philadelphia on Friday, the White House announced Tuesday.

The White House said it’s part of what it’s calling the “Getting America Back on Track Tour,” where Biden will likely be pitching his $2 trillion infrastructure plan, which includes billions in funding for rail improvements.

Biden has been a major proponent of Amtrak for much of his career, earning him the nickname “Amtrak Joe.”

During his decades as as a senator, Biden took the train for a nearly two-hour journey from Wilmington, Delaware, to the nation’s capital each day, then returning in the evening.

There were plans for Biden to ride an Amtrak train to Washington’s Union Station to kick off events during his inauguration in January, but the idea was scrapped due to security concerns.

On Thursday, the day after his speech to a joint session of Congress, Biden will speak at a “car rally” in Atlanta, Georgia, the White House announced last week.

More J&K employees may face axe for being ‘anti-national’