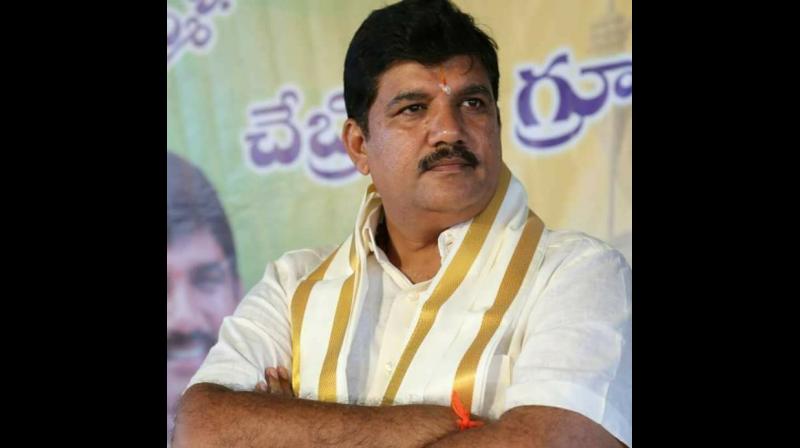 VIJAYAWADA: Former MLA and Telugu Desam leader Dhulipall Narendra Kumar was arrested and jailed by the state anti-corruption bureau on Friday over allegations of serious financial and other irregularities in the Guntur-based Sangam Dairy.

An ACB team swooped down on Narendra’s house at Chintalapudi village in Ponnur mandal along with a large number of policemen in the early hours of the day, effected the arrest and brought him to Vijayawada.

The TD government had converted the Sangam Dairy into a mutually aided cooperative society (MACS) and the new entity was given complete ownership of the its properties, skipping counter-check by the cooperative department. Taking advantage of the lack of supervision by the Cooperative department, Narendra allegedly minted money from the dairy.

The dairy was set up on a 77-acre area. Narendra allegedly made false certificates about the land and took a loan of Rs116 crore by keeping the land as security. Further, he transferred 10 acres of the Sangam cooperative society's land to his own trust in an illegal manner and without permission from the government, as per the case against him now.

The ACB received complaints about these, which led to the arrest and investigations. It issued notice under section 50(2) of the CRPC to Narendra’s wife Dhulipalla Jyothirmai.

Narendra has been MLA for five times from Ponnur constituency on a TD ticket — from 1994 to 2019. He lost the 2019 assembly elections to YSR Congress leader Kilari Venkata Rosaiah by a margin of 1,112 votes.

ACB said a case has been registered under IPC Sections 408, 409, 418, 420, 465, 471 and 120B against him. Officials brought him to the Gollapudi ACB office and questioned him about the alleged irregularities in the dairy deals. He was shifted to Vijayawada by a special vehicle and produced at the ACB court. It remanded him for 14 days and ordered his confinement at the sub-jail here.

More J&K employees may face axe for being ‘anti-national’