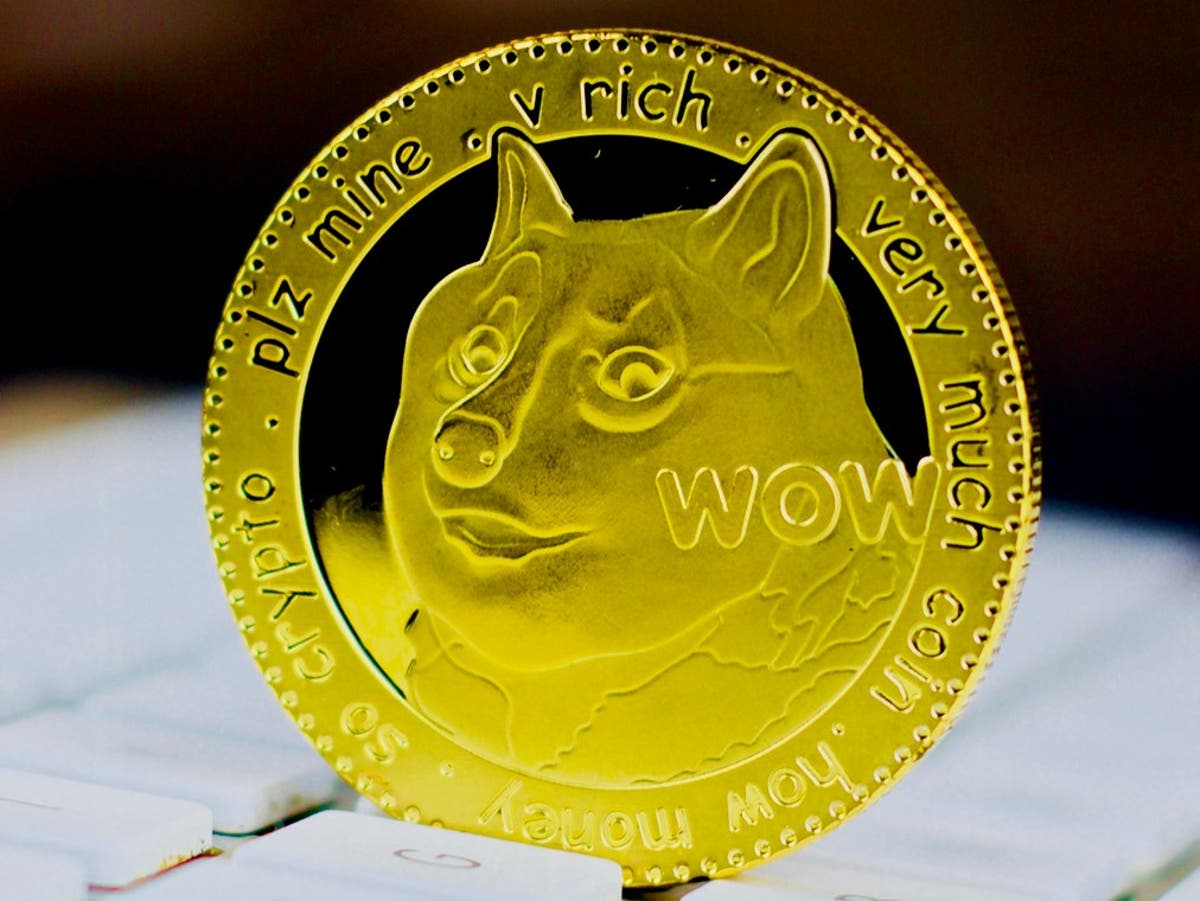 Fans of the meme-inspired cryptocurrency dogecoin are planning to push its price to new heights on Tuesday in celebration of the cannabis-themed holiday 4/20 (20 April).

The #DogeDay420 campaign has been trending across Twitter and Reddit as crypto and meme enthusiasts hope to send dogecoin’s price to a record high of 69 cents.

Dogecoin is currently trading just a few cents off its all-time high of $0.43, which it hit on Friday following an astonishing price surge.

The market rally pushed dogecoin’s overall value above $50 billion, ranking it among the top five most valuable cryptocurrencies in the world.

Less than a year ago, one dogecoin was worth just two tenths of a cent and its market cap was less than a quarter of a billion dollars.

Dogecoin’s market success can be attributed to the community that has formed around it since its inception in 2013. The software developers who created it – Billy Markus and Jackson Palmer – described it as a “tongue-in-cheek cryptocurrency” aimed at poking fun of the nascent market that bitcoin had inspired.

Among dogecoin’s adherents is Elon Musk, whose tweets and public comments have often had a direct impact on the cryptocurrency’s price.

The technology billionaire is a leading cryptocurrency advocate, having overseen Tesla’s $1.5 billion bitcoin investment earlier this year, and is well known for his love of memes and internet culture.

Mr Musk claims to have his own “meme dealers” and has previously joked that he was born 69 days after 4/20.

As the chief executive of SpaceX, Mr Musk has also vowed to put “a literal dogecoin on the literal moon”, referencing the popular “to the Moon” phrase used by cryptocurrency fans.

Earlier this year, Mr Musk also revealed that he had bought some dogecoin for his infant son X Æ A-Xii, “so he can be a toddler hodler”.

Each announcement was followed by a price spike, leading to reports that his Twitter posts are being investigated by the US Securities and Exchange Commission (SEC).

Many people across social media have speculated that Mr Musk will post a dogecoin-related tweet on 20 April, with some even hoping that he will make a announce that Tesla will accept payments in dogecoin.

Others have warned that the expected pump could be the moment that some investors decide to cash out their holdings, resulting in a price crash.