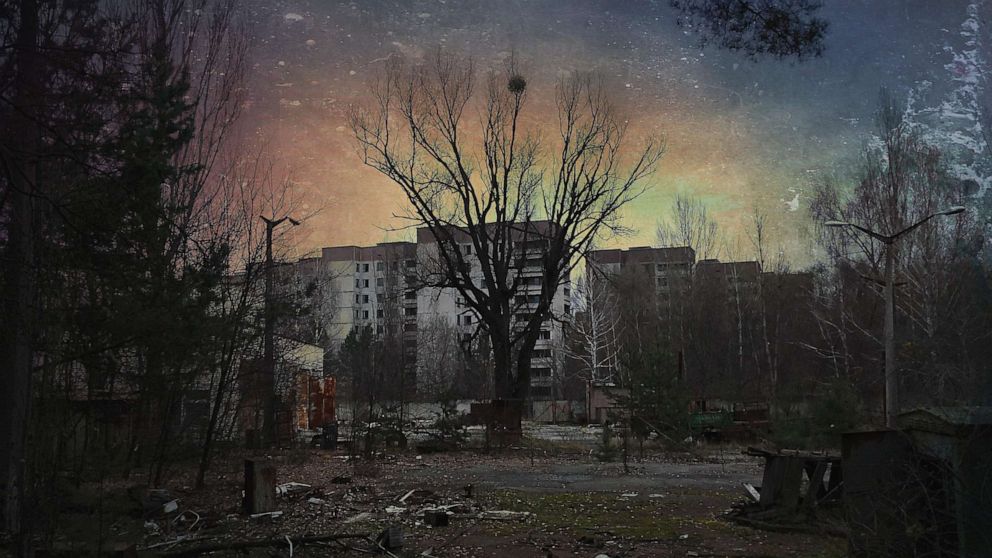 KYIV — For the guide who sneaks people into the Chernobyl “Exclusion Zone,” the crucial moment is when you cross over the barbed wire fencing that marks its edge.

“You don’t know what might happen after. The police may arrest you, so you need to be fast,” said the guide who asked to be referred to only as “John” to avoid trouble with authorities. “The adrenaline is at a maximum level. In one step you’re in a forbidden zone, where humans don’t rule anymore.”

John is one of many so-called “Stalkers,” the name — taken from the 1979 Andrey Tarkovsky film — for illegal explorers of the 30 kilometer abandoned zone around the Chernobyl former nuclear power station. His group, Chornobylexplorer, is one of the agencies offering unauthorized tours of the zone that in 1986 was the scene of the world’s worst nuclear disaster.

At one time, the “Stalkers’’ attitude to Chernobyl were seen as unusual, but 35 years after the catastrophe, the site increasingly holds a different place in many Ukrainians’ imaginations. For some, it is becoming a place of inspiration and rebirth, and that now — in a strange irony — needs to be protected.

This week marks the 35th anniversary of the explosion at the power station’s fourth reactor during a safety test, triggering a fire that threw clouds of radioactive material across Europe. The disaster forced the evacuation of tens of thousands and killed at least 31 firefighters and plant workers in the immediate aftermath. Thousands more would later die from illnesses linked to radiation exposure. Incidences of such illnesses, including thyroid cancer, are high in large areas contaminated by the explosion and children with severe birth defects are still being born there, according to doctors and charities working there. In 2016, a British doctor told the BBC that half of the 800 children she works with in a region of Belarus close to Chernobyl were suffering from thyroid cancer. Many victims say they still also struggle to receive the meagre compensation promised by the Ukrainian government.

But despite the long shadow cast by the terrible effects of the disaster, the site of Chernobyl itself is increasingly seen as something valuable for Ukraine.

Ukraine is now pushing to obtain UNESCO World Heritage status for the ruined power station and the abandoned area around it and, In 2016, it designated the “Exclusion Zone” as a bio-reserve in acknowledgment of the flourishing wildlife sanctuary the area has become in the absence of humans.

“Chernobyl for me is light,” said Natalia Zhyzhchenko, a popular electro-folk singer in Ukraine who performs as “ONUKA” and who has written songs about the disaster. “For me it’s silence, peace and harmony of nature. It’s a period after the story of humans playing God. It’s the beginning of a new big era of eco-reflection, awareness of what we’ve done. It’s a lesson of a planetary scale,” said Zhyzhchenko, whose father worked as one of the liquidators sent in to contain the disaster.

Ukraine’s government has also increasingly begun to view the site — still synonymous with Soviet government failure — as something positive and has been taking cautious steps to promote tourism to it, encouraged in part by a boom in visitors following the 2018 HBO mini-series about the disaster.

“We believe that putting Chernobyl on the UNESCO heritage list is a first and important step towards having this great place as a unique destination of interest for the whole of mankind,” Ukrainian Culture Minister Oleksandr Tkachenko told Reuters this month.

The sealing of the destroyed reactor under a new giant metal structure was completed in 2018 and, in most parts of the “Exclusion Zone” away from it radiation levels are now around normal, although some hotspots remain. The risk of inhaling radioactive dust or even just suffering a more conventional injury while clambering through the abandoned buildings are also there.

With people gone, nature in the zone has rebounded and it has become a home for rare species that have vanished elsewhere in Europe. Wolves, bison, lynxes and feral cows move in the woods and overgrown ruins of the abandoned apartment blocks. More than 150 endangered species live in the area.

The Chernobyl Radiation and Ecological Biosphere Reserve that Ukraine created in 2016 covers more than 2,000 square kilometers, the largest bio-reserve in the country, according to its director, Denis Vishnevskiy.

John, the “Stalker” guide, began exploring the zone 10 years ago when he was unable to afford the expensive official bus tours. Now, he said, he sees no reason to take the official tours.

“The program of these routes hasn’t changed for 30 years,” he said. “Due to bureaucracy they are very limited — you can’t go inside the buildings since it’s prohibited. You observe the same places. It’s boring. My tours are for those who dare for more”.

His tours take up to five people on a group excursion for four to five days, camping in abandoned buildings and exploring sites formally off-limits to visitors. Those include an anti-aircraft missile system and sometimes the groups even climb a vast radar array, known by the acronym ‘DUGA’, that rises above the forest.

But despite authorities’ enthusiastic statements about the need to protect Chernobyl, last year they faced criticism for failing to act when huge wildfires burned across swathes of the “Exclusion Zone”, destroying several sites. Local guides blamed the scale of the fires on inaction from authorities who only finally dispatched hundreds of firefighters to the zone after alarm grew internationally.

Scientists believe the forest destroyed by the fires will rebound. The power station itself is due to be decommissioned in 2064, by which time much of the host city of Pripyat will also have crumbled away, the guides say.

For Zhyzhchenko, the singer, she said Chernobyl has an unending grip on her, saying the word itself “had a mystical aura”.

In her song ‘1986’, she tried to express her feelings for the place:

“Feel relief and lay down to taste the Sun, Hear the vibe of the ground, Let your soul escape your phantom pain.”