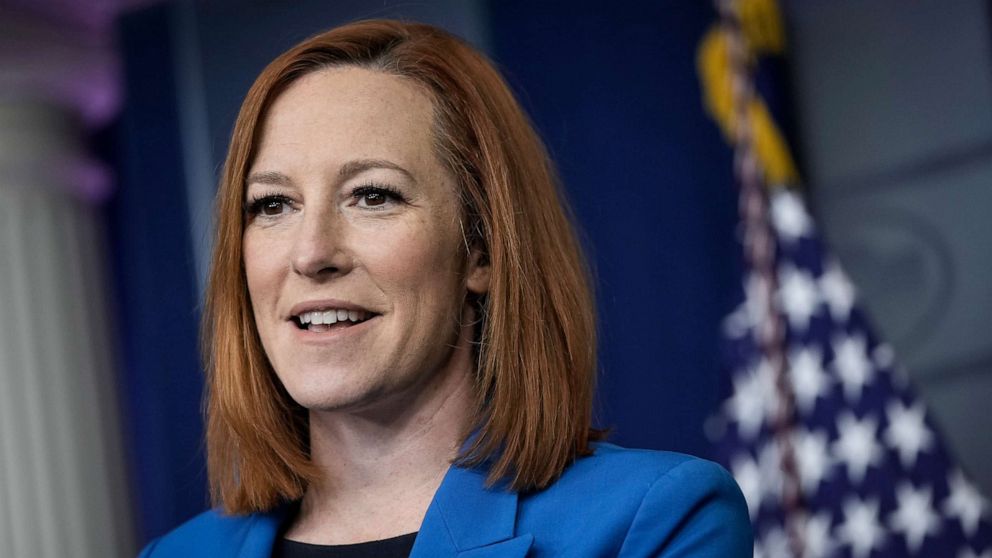 “It’s a huge moment, a huge night and a big opportunity for President Biden, but it is not the totality of every issue he will focus on, work on, care about as president,” Psaki told ABC News Chief Washington Correspondent Jonathan Karl and Political Director Rick Klein.

“It’s really meant to be a guidepost for the next year and an update for the American people in a very high-profile way,” she added.

Biden will address the joint session of Congress on his 99th day in office.

South Carolina Sen. Tim Scott will deliver the Republican response to the speech.

At her press briefing Monday, Psaki said that the speech will look different to people watching at home. While some traditions remain, like the president walking down the aisle of Congress, there won’t be guests in the first lady’s box.

“Because of COVID protocols and the limited number of people who will be there, there won’t be any people in the box and therefore there won’t be those moments of standing ovations for individuals who have who are called out in the speech,” Psaki said on “Powerhouse Politics.”

She also noted a historic difference.

“The two people sitting behind the president will be women for the first time in history,” Psaki said. “He’ll certainly note that.”

In the address, Biden will lay out the second part of his infrastructure plan, which will invest in education and childcare.

“These are issues that really hit people hard at home, hit them in their hearts, and he wants to speak directly to them,” Psaki said.

While she said it was too early to know exactly how long the speech will be, she said that the president wants to discuss these issues in an approachable way.

“I think a big part of that for the president is really speaking to issues in a way that’s accessible to the people who will be watching,” Psaki said. “You know he hates acronyms, he will X them out of every speech, certainly the speech is going to deliver tonight.”

Every woman in AP must become a lakhier, says CM Jagan

Pence makes foray back into political debate with speech to S.C. conservatives