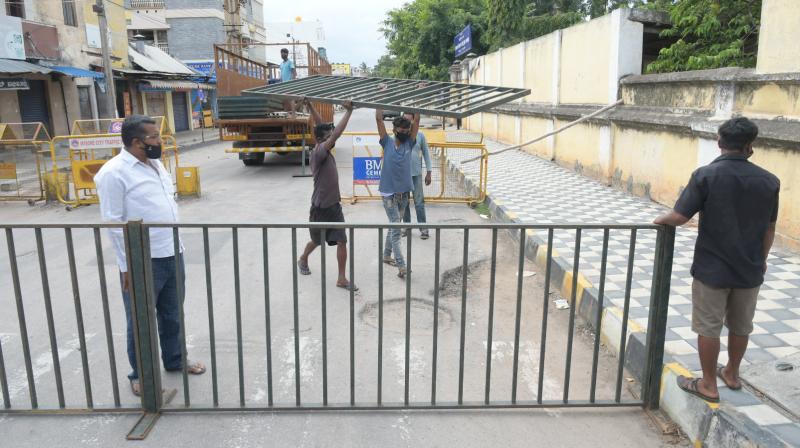 Lack of enforcement of containment regulations is seriously affected localities is a matter of worry for residents in the adjoining areas.

However, the claim made by the GHMC to trace, test and track the potential carriers of the virus has not been put into practice at the ground level. Even the micro containment zones declared by the GHMC were left unattended.

The corporation has neither been barricading the micro-containment zones nor taking up the sanitation activities, unlike last year. Surprisingly, the civic body that has announced 63 micro containment zones in Thursday’s health bulletin has reduced the number to 52 on Friday's bulletin despite the nearly 1,000 new additions to the list of infected.

When Deccan Chronicle contacted an official for  details of the containment zones and the fall in the numbers, he said there was a clerical error.

Every woman in AP must become a lakhier, says CM Jagan