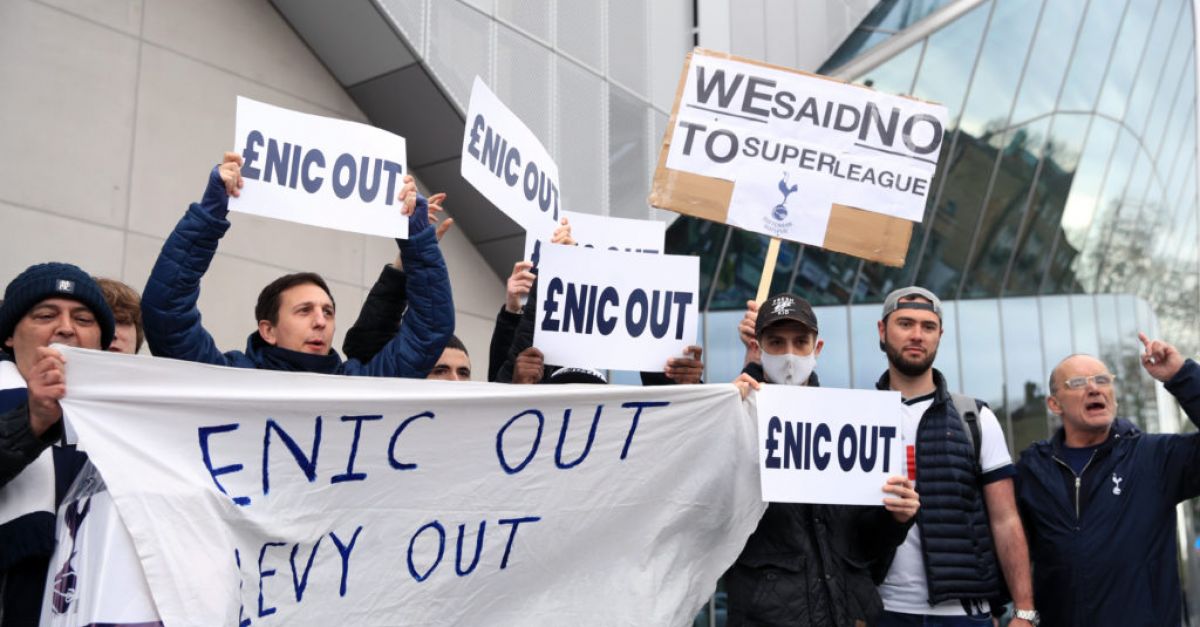 The Tottenham Hotspur Supporters’ Trust (THST) is planning a protest against the club’s owners in their final home game of the season against Aston Villa.

The move comes after the fan group called for the club’s executive board to resign in the wake of their involvement in the failed European Super League plan, insisting “change is coming”.

Some fans gathered at the Tottenham Hotspur Stadium to protest ahead of last week’s Premier League win over Southampton, but with up to 10,000 supporters expected to be allowed in for the Villa game early next month, THST is planning an organised protest.

It said in a statement: “Events of the last week have demonstrated beyond doubt that there must be change at Tottenham Hotspur Football Club.

“The actions of the current executive board have inflicted substantial reputational damage on our club as a result of their involvement in the discredited European Super League, risking damaging consequences.

“And despite the many achievements off the pitch, the failings on it are all too clear. We know there is growing supporter anger with the current club board and owners. We understand that. We need to focus that anger.”

THST Statement: How we change our Club for the better ⬇️https://t.co/d0BKCYDfBp

“We understand the calls for “ENIC Out”. But simply calling for the board and owners to resign or sell without influencing what comes next achieves very little in the long term.

“The anticipated return of up to 10,000 fans to our stadium in May for the last Premier League home game of the campaign against Aston Villa gives us an opportunity to make our feelings clear.

“We need to do so in a positive and unified way that gets us the greatest possible support, and stays within Covid regulations under step three of the government’s roadmap out of lockdown. We will announce further plans via this website and on our social media channels.

“Change is coming and collectively we can positively influence that change. The last week has shown how much power fans coming together with one voice can have. We intend to use that voice to affect lasting change at THFC.”