Greetings to all lovers of homemade products and those who just looked at the site in search of interesting ideas that you can replenish your homemade piggy bank or just repeat and share with a friend. Summer is ahead – the time for walking and cycling. This homemade product will be useful for bicycle owners and will allow them to make themselves more noticeable, I would even say brighter, in the dark. The author, who is also a fan of cycling, shares a way to install additional lighting on this type of transport and thus stand out among other cyclists. This is exactly what will be discussed in the article below. Be sure to go to the end, below there is a video of the upgrade process !!!

The author decided to start pumping the bike with the manufacture of the front lamp. To do this, he used a powerful 12v 20w LED, and here's why. 10W LEDs consume 0.9-1.2A at 12V and overheat without a heatsink after about 2 seconds. They may seem easier to install because they are smaller, but require a larger heat sink and small condenser lenses are difficult to find. The “20 W” LED consumes 0.75 A at 12 V (the author made the measurements himself), it shines about 50% brighter and can work for a good 30 seconds without a radiator without any cooling. Also, the author had a large radiator that fit right under the handlebars of the bike. He trimmed it down a bit and it got big enough for the LED, but small enough to be installed without touching the head tube. I glued an LED to the radiator. Then, to secure the assembly to the frame, I made a bracket from an aluminum plate. For fastening, he used hot melt glue, how he fixed the elements, I think it is clear from the photo. It can also be seen from the photo that before installing he wrapped the frame with tape, and so, he did this in order to protect the paintwork, if suddenly in the future it was necessary to remove any element. I don't know how it works, but still.

Next, the author installed two more LEDs with a power of 15 watts at the bottom of the plug. For this, I made a bracket from an aluminum strip. In the workpiece, he drilled three holes, two (at the edges) for the LEDs and one (in the center) for the mounting bolt. Then I installed the LEDs in their places (they do not have fastening nuts), screwed on another aluminum bar with which, fixed everything on the fork.

At this point, the author has installed LED strips on the back of the bike. There is one small but, the author has a homemade frame on his bike (somewhat similar to a standard trunk) made of aluminum plates and corners. In principle, the design is not complicated and you can make it, you can also experiment on site, it all depends on what kind of bike you have. I glued the LED strips with silicone glue and fixed them with plastic ties for reliability.

This is where the tricky part begins. When the author started developing this project, he focused on the control box, testing dozens of different components. He also had the usual toggle switches, rotary switches and many more, and in the end he decided to use the one that is now shown in the photo below. The reasons are different, but basically, according to the author, it is simplicity and reliability. I decided to power the 20W LED from a high-speed dimmer. As for the front panel LEDs and rack LED strips, I wanted them to flash at the same time and be powered by the same dimmer, but still be able to turn them on and off independently. I also wanted to add an LED capacitance (voltage) meter to monitor the charge. To accommodate all the electronics, I used a square aluminum tube a little narrower than the frame. In it I drilled the necessary holes for fastening all the elements. Since it is not possible to connect the elements after installation in the case, the author assembled it as follows. Plugged in the switches (they had screw terminals). The dimmer also had screw connectors, so he unsoldered them and soldered the wires directly to the PCB. After bolting both switches and the dimmer, he passed the input wires of the switches through the hole that was for the dimmer outlet, soldered them together, and inserted them back inside. Then he passed the wires of the LED voltmeter and glued it in place. Simply put, all components (except for both switches) will be powered directly from the input. The high-speed dimmer drives the 20W LED headlight. The stroboscopic dimmer output connects to both switches, the left feeds both front panel LEDs, and the right feeds the red LED strips. The author advises to think over each part of the connection process in advance in order to reduce the number of wires required. As a result, the author has 3 pairs of wires entering the control unit and 3 pairs leaving. The finished block was fixed on the frame with silicone glue and ties.

This stage is the soldering stage. The author soldered to the LEDs, but did not solder to the LED strips on the stand so that it could be. He connected the LED strips through a locking connector, they could be easily disconnected. He also covered all exposed solder joints with silicone glue to protect them from rain. 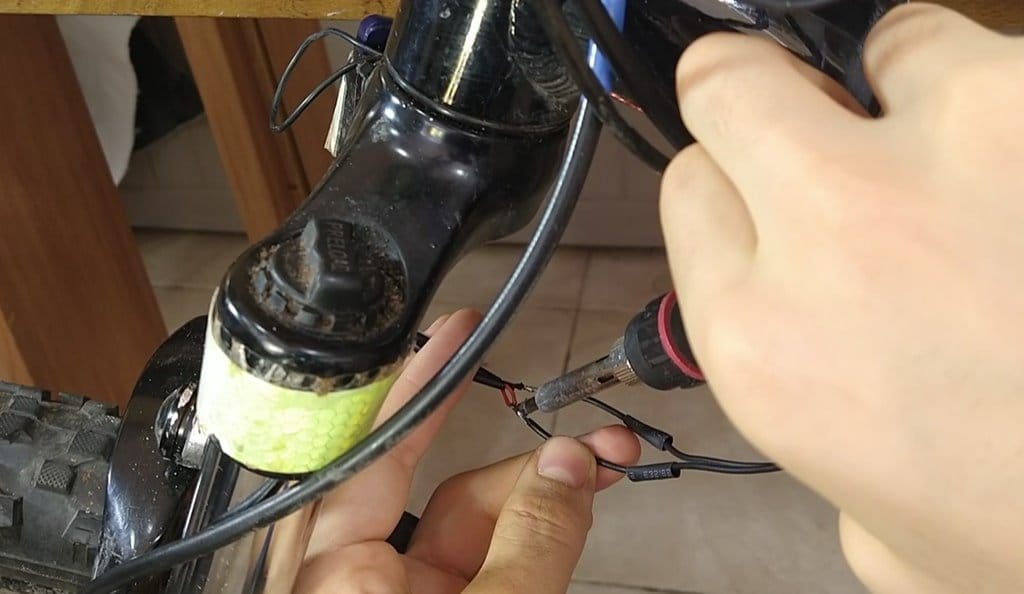 At this stage, the author fixed the lens on the front LED. I installed the included caps on the regulators on the block. The ends of the block were hermetically sealed with plastic plugs to prevent moisture from getting into it. 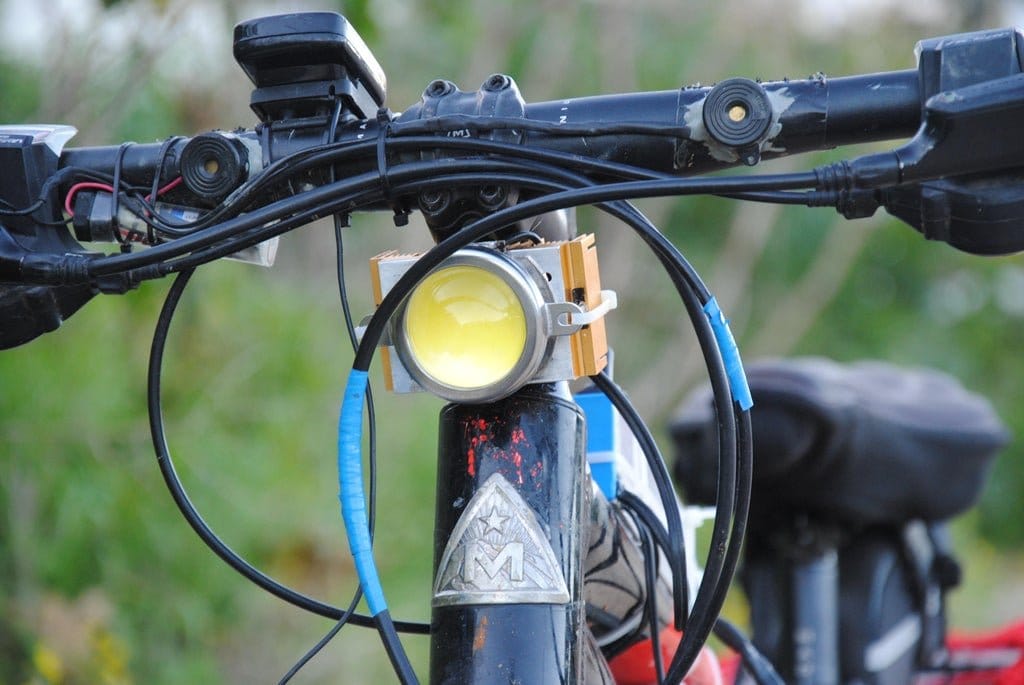 The final stage is the battery from which everything will be powered. The author built his own lithium-ion pack from 18650 batteries that he removed from a laptop battery. He will install them in an aluminum profile under the upper tube of the frame. The author assembled 6 18650 batteries in 3 pairs and soldered them in accordance with the diagram of the 3S protection board used. After soldering all the wires and making sure that everything works, I inserted the battery into an aluminum profile and made two aluminum brackets to attach the finished battery to the frame using zip ties. Passing wires are for charging input and output, as well as for a 45 degree thermostat, which should cut off power in case of overheating. 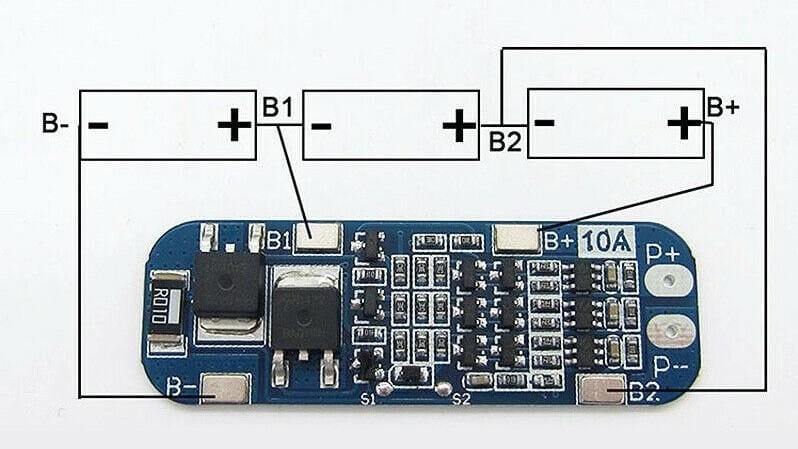 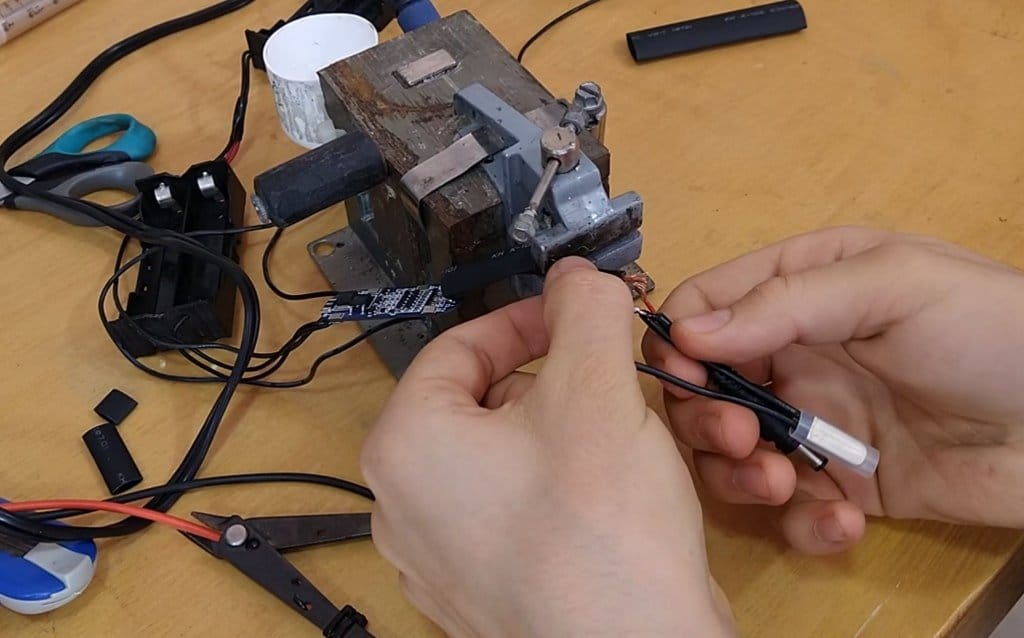 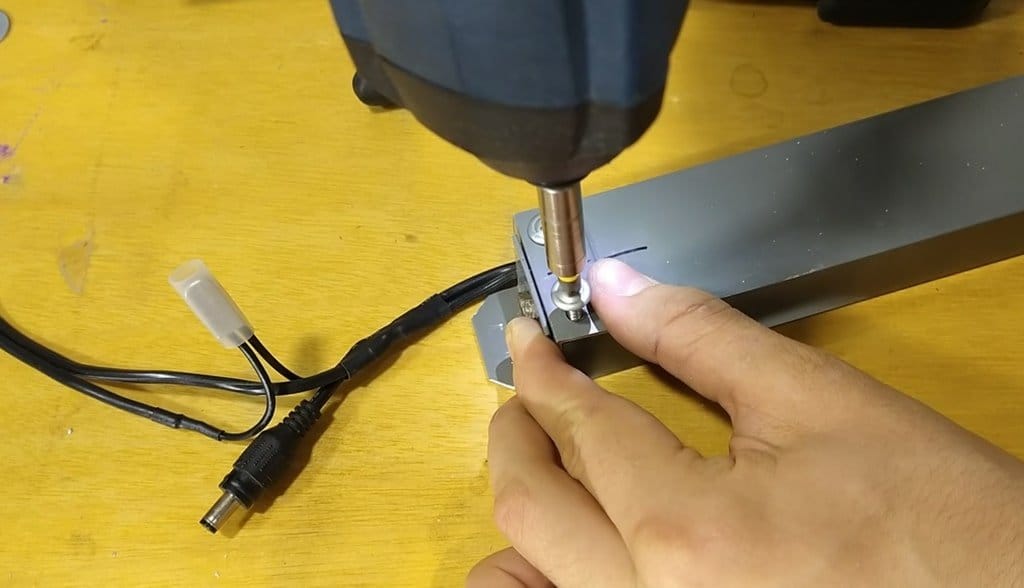 At this point, the author took an evening walk to test the work of all light elements, like we see everything works fine. Below is the promised video.


That's all for me, thank you all for your attention and see you again at Samodelkin's !!!
Source:

How to make a simple circular saw carriage

How to make a large capacity powerbank with QC4.0 3.0 fast charging function

How to make a multi-colored (RGB) flashlight lightbox