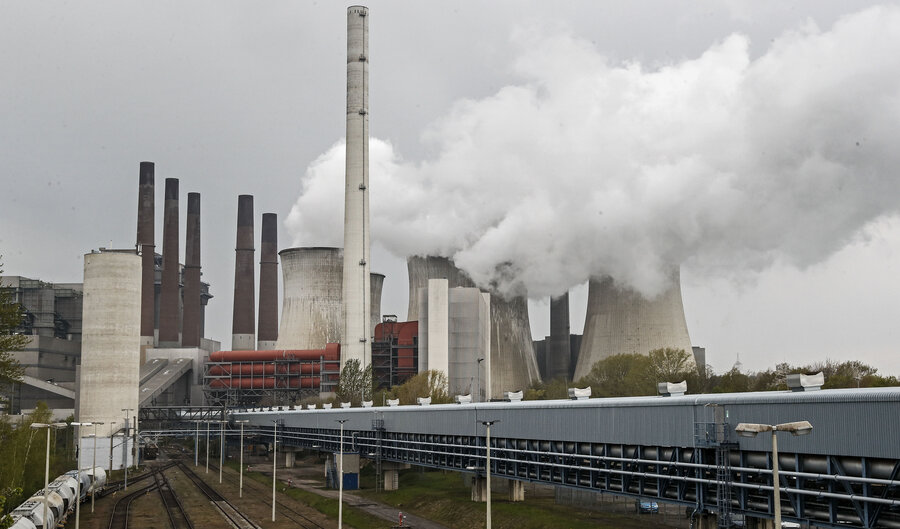 In a ruling hailed as groundbreaking, Germany’s top court said Thursday the government must set clear goals for reducing greenhouse gas emissions after 2030, arguing that existing legislation risks placing too much of a burden for curbing climate change on younger generations.

The verdict was a victory for climate activists from Germany and elsewhere who – with the support of environmental groups – had filed four complaints to the Constitutional Court arguing that their rights were at risk by the lack of sufficient targets beyond the next decade.

Like other European Union countries, Germany aims to cut emissions 55% below 1990 levels by 2030. Legislation passed two years ago set specific targets for sectors such as heating and transport over that period, but not for the long-term goal of cutting emissions to “net zero” by 2050.

The 2019 regulations “irreversibly pushed a very high burden of emissions reduction into the period after 2030,” judges said in their ruling.

The court backed the argument that the 2015 Paris climate accord’s goal of keeping global warming well below 2 degrees Celsius (3.6 degrees Fahrenheit), ideally no more than 1.5 C (2.7 F), by the end of the century compared with pre-industrial times should be a benchmark for policymakers. It ordered the German government to come up with new targets from 2030 onward by the end of next year.

In a striking precedent, the court also acknowledged the idea that Germany has a finite emissions “budget” before the Paris goal becomes impossible. While it didn’t specify what Germany’s share of the global carbon budget is, scientists have said at current rates of emission it could be used up in less than a decade.

Lawyer Felix Ekardt, who brought one of the cases, called the verdict “groundbreaking” for Germany.

“Germany’s climate policy will need to be massively adjusted,” he told reporters.

Fellow lawyer Roda Verheyen said the decision would likely mean Germany’s plans to phase out coal use by 2038 would need to be brought forward, in order to realistically achieve the country’s long-term emissions target.

“A simple calculator shows that this will be necessary,” she said.

Germany has managed to cut its annual emissions from the equivalent of 1.25 billion tons of carbon dioxide in 1990 to about 740 million tons last year – a reduction of more than 40%.

The current target would require cuts of 178 million tons by 2030, but a reduction of 281 million tons in each of the following decades.

Judges said it would be wrong to allow one generation “to use up large parts of the CO2 budget with a comparatively mild reduction burden, if that simultaneously means following generations are left with a radical reduction burden and their lives are exposed to comprehensive limits to freedom.”

“With today’s decision, generational justice has been achieved,” said plaintiff Luisa Neubauer, a member of the Fridays for Future group. “Because our future freedoms and rights aren’t less important than the rights and freedoms of today’s generation.”

Germany’s main industry lobby group, BDI, called for transparent and feasible targets to give companies the certainty needed to plan and develop new technologies and make the necessary investments required to shift from fossil fuels to carbon-free alternatives.

Environment Minister Svenja Schulze said after the verdict that she would propose new measures for Europe’s biggest economy in the coming months.

The court’s unanimous ruling plays into the hands of the environmentalist Greens party, which is leading in several polls ahead of Germany’s national election on Sept. 26.

She said the Greens want to double the rate by which wind parks, solar farms, and other sources of renewable energy sources are expanded over the next five years, ban the sale of new combustion engine vehicles starting in 2030, bring forward the deadline to end coal use, and set additional emissions targets after 2030.

Britain earlier this month announced it will aim to cut its emissions 78% from 1990 levels by 2035, the most ambitious target of any industrialized nation. The U.K. hosts this year’s international climate summit in Glasgow in November.

Christiana Figueres, who as United Nations climate chief was instrumental in negotiating the Paris accord, said the German court’s unanimous verdict made clear the need to speed up efforts to reduce emissions.

“We need to focus on shorter-term mitigation and emission reductions,” she said, adding that this urgency was reflected in last week’s climate summit organized by President Joe Biden, who announced a doubling of the U.S. target for 2030, now aiming to cut emissions 52% from 2005 levels.

The legal cases in Germany are part of a global effort by climate activists to force governments to take urgent action to tackle climate change.

One of the first successful cases was brought in the Netherlands, where the Supreme Court two years ago confirmed a ruling requiring the government to cut emissions at least 25% by the end of 2020 from benchmark 1990 levels.

In February, a Paris court ruled that the French government had failed to take sufficient action to fight climate change in a case brought by four non-governmental organizations.