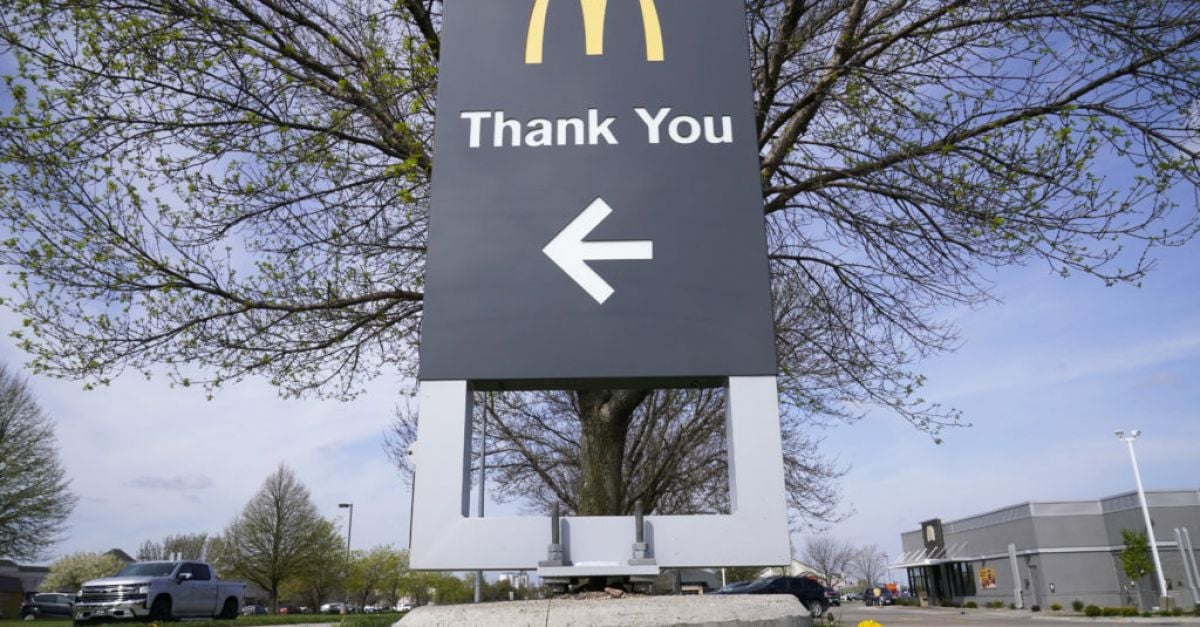 As America emerges from the pandemic, it appears its people are heading to McDonald’s.

First quarter sales surpassed numbers even two years ago, long before Covid-19, led by a big jump in US demand.

McDonald’s said revenue rose 9 per cent to $5.1 billion (€4.21 billion) for the January to March period. That beat Wall Street’s forecast of five billion dollars, according to analysts polled by FactSet.

Last year at this time stores were closing globally and the world sheltered from spiking Covid-19 infections, so an improvement in sales during the same stretch this year was expected.

However, the bounceback has been so strong, McDonald’s topped first-quarter sales of €4.95 billion in 2019.

US same-store sales, or sales at locations open at least a year, rose 14 per cent in the January to March period.

McDonald’s has been helped by its drive-thru service and investments in delivery that it made before the pandemic.

The Chicago-based company has drive-thru windows at nearly all US stores and two thirds of stores in its biggest European markets. And at least 30,000 stores worldwide now offer delivery.

Worldwide, same-store sales rose 7.5 per cent, well above the 5 per cent gain analysts forecast. Strong sales in China and Japan helped offset softness in France and Germany, the company said.

McDonald’s said its net income rose 39 per cent to $1.5 billion.