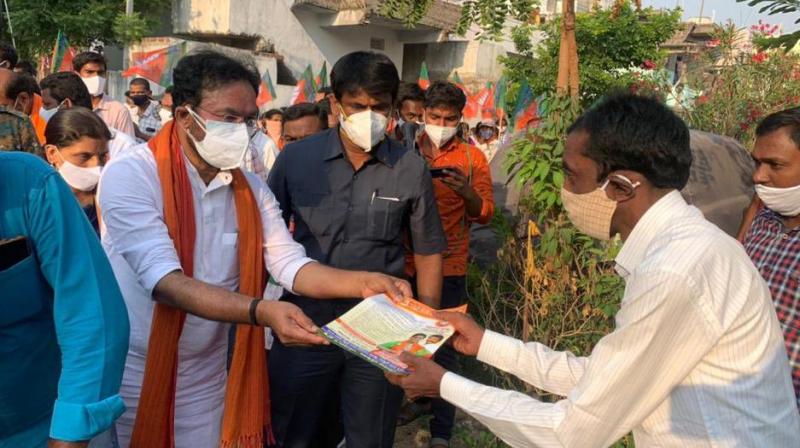 WARANGAL: While the Central government sanctioned several projects to speed up development of Warangal, the TRS government in the state kept obstructing them and denying the benefits to the people, alleged Union minister of state for home affairs G. Kishan Reddy, on Monday.

Campaigning for the BJP candidates for the Greater Warangal Municipal Corporation (GWMC) elections, he said the Warangal ring road was laid at a cost of Rs 550 crore. The other half of the road project was to be taken up by the state but it did not execute the works. As a result, the development of Warangal remained stalled, he said.

The Union minister said the smart city mission halted midway because the state did not provide its share of the funds while the Central government gave its share.

Kishan Reddy pointed out that a railway rakes overhauling unit was allotted for Kazipet, but the state was taking things easy and is yet to hand over the full lot of land. The same with the airport project at Mamnoor. The BJP wanted to re-launch flight from the airport but the negligence of the state meant a loss for the people.

The super-specialty hospital constructed on the Kakatiya Medical College campus under the PMSSY scheme is not being useful to the poor yet because the state failed to release its share of the funds, he said.

“Even a dialysis centre and an oxygen plant were sanctioned here by the BJP government, the minister said.

Kishan Reddy said, “All these projects will be completed only when the BJP is elected to power in the GWMC. We will then push the state government to act fast. Even if the TRS is once again given the power here, its leaders will be afraid to question KCR and his son KTR,” the Union minister stated.