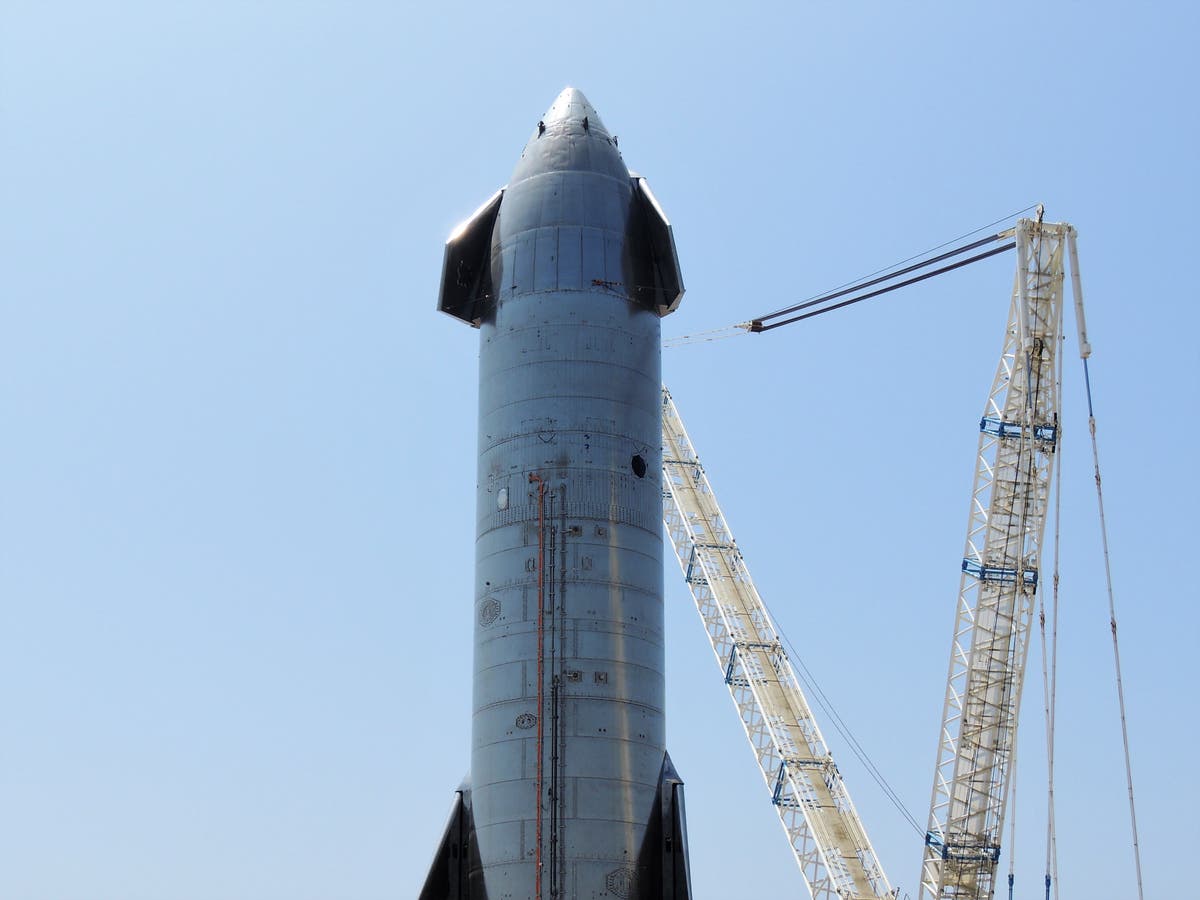 SpaceX has issued an evacuation order to local residents of Boca Chica Village in Texas ahead of a major test for its Mars-bound Starship rocket.

The Starship SN15 prototype is expected to perform a high-altitude launch this week from SpaceX’s Starbase complex in Boca Chica, after first completing a static fire test of the craft’s Raptor engines.

An Alert notice to residents warned that “space flight activities” would be carried out on 21 April from 12pm to 8pm (6pm to 2am, 22 April, BST).

“There is a risk that a malfunction of the SpaceX vehicle during these activities will create an overpressure event that can break windows,” the letter stated.

“Therefore, in order to protect Public Health and Safety, it is recommended that you consider temporarily vacating yourself, other occupants, and pets, from the area.

“At a minimum, you must exit your home or structure and be outside of any building on your property when you hear the police sirens, which will be activated at the time of the space flight activity, to avoid or minimise the risk of injury.”

SpaceX does not publicise the exact time of its Starship launches, as there a number of variables that need to line up at the same time for it to take place.

Cameron County has issued a temporary closure of public roads surrounding SpaceX’s Boca Chica base for the same time period stated in the Alert notice.

I have received an “Alert” notice and a road/beach closure has been scheduled from noon – 8 p.m. on Wednesday, April 21. Possible SN15 static fire attempt tomorrow. 🔥🚀🔥@NASASpaceflight pic.twitter.com/5WL17HowDy

Starship SN15 will be the fifth prototype of the next-generation spacecraft to attempt a high-altitude flight test, with all four previous efforts achieving a launch to at least 10km.

Only one of the four, SN10, successfully landed without exploding, however several minutes after touching down it exploded.

Despite the setbacks, SpaceX is pushing forward with preparations to perform the first ever orbital Starship launch by July. A commercial trip around the Moon is scheduled for 2023, while a recently announced $2.89 billion contract with Nasa will hopefully see the humans return to the Moon aboard a Starship craft in 2024.