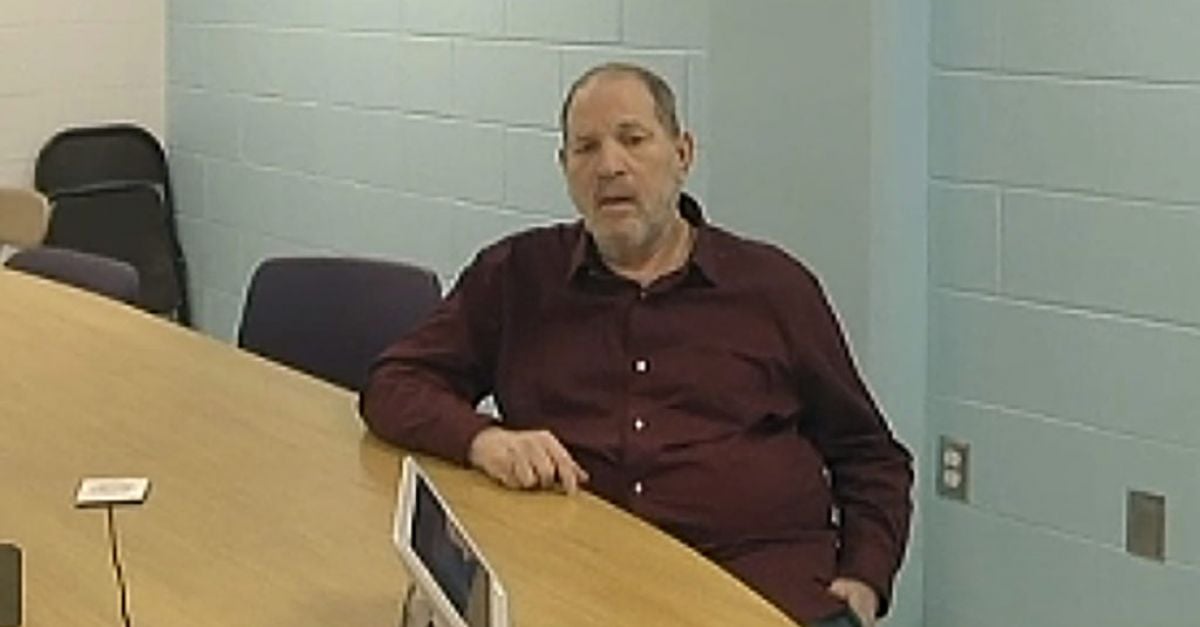 A lawyer for Harvey Weinstein has indicated he will further delay the imprisoned movie producer’s transfer from New York to California to face rape and sexual assault charges.

Norman Effman told an Erie County Court judge in Buffalo that he will file paperwork within the next 30 days that is likely to require another court appearance concerning the extradition.

Weinstein has been at Wende Correctional Facility near Buffalo since last spring after being convicted in New York City of a criminal sex act and third-degree rape.

Los Angeles prosecutors are seeking his transfer on charges of assaulting five women in Los Angeles and Beverly Hills from 2004 to 2013.

The fallen movie mogul spoke only to greet and thank the judge as he appeared remotely from a prison conference room for the hearing, which Erie County assistant district attorney Colleen Curtin Gable said should start a 30-day clock on Weinstein’s transfer.

Judge Kenneth Case agreed, noting that only a challenge from Weinstein or an objection from the governor would halt the process.

“I can tell you I intend to file and I will do it as quickly as possible,” Mr Effman said. He did not say what would be in the filing.

Weinstein was initially charged in California in a criminal complaint, and then indicted by a grand jury on March 15.

He maintains his innocence and contends that any sexual activity was consensual.

Mr Effman earlier requested a “humanitarian” delay of Weinstein’s already pandemic-delayed extradition to attend to his medical needs, but the request was denied by California prosecutors.

Weinstein, the lawyer said, is scheduled to undergo an eye operation and a dental procedure.

He said earlier this month that Weinstein is “almost technically blind” and has lost four teeth while behind bars. He also survived a bout of coronavirus in March.

A jury found Weinstein guilty of raping an aspiring actress in a New York City hotel room in 2013 and sexually assaulting a production assistant at his apartment in 2006 by forcibly performing oral sex on her.

The Hollywood producer’s lawyers have appealed against his 2020 conviction.

Weinstein was acquitted of first-degree rape and two counts of predatory sexual assault stemming from actress Annabella Sciorra’s allegations of a mid-1990s rape.