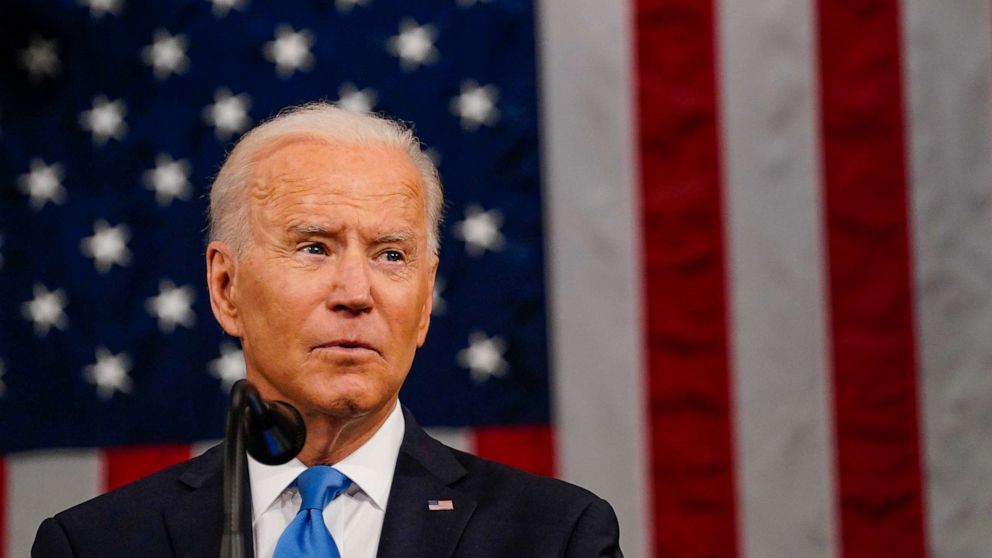 President Joe Biden and Vice President Kamala Harris now hit the road — a series of trips to mark 100 days in office that could define what the next 1,000 or so look like.

It may feel like a campaign — or, at least, a pandemic-era one, with car rallies, masks and social-distancing protocols. What they’re campaigning for is both an agenda and a way to open a path toward getting items on that list done.

But is the path of bipartisanship — of getting significant or even any Republican support for the White House agenda — really still open? Harris will be in deep-blue Baltimore on Thursday, with Biden in Georgia — a state that, like Maryland, now has two Democratic senators.

Travel choices aside, while Biden’s speech Wednesday night invited GOP ideas and highlighted meetings he and Harris are taking with Republicans, the president made clear that his patience has limits.

“I just want to be clear: From my perspective, doing nothing is not an option,” Biden said of infrastructure investments, in a line where he seemed to stray from his prepared text for emphasis.

To be even more clear, much, if not most of the Biden agenda does not even have unanimous Democratic support right now. Getting Republicans on board simply doesn’t seem viable at the moment, and some Democrats would argue that was always going to be the case.

When Biden talks about growing government and raising taxes, he knows better than to think his Republican friends will warm to him. That takes the campaign well outside Congress — to shaping public opinion, and showing that Biden is enough of a political force that his ideas should prevail.

Progressives had an answer to Biden’s address via the Working Families Party, with remarks delivered by freshman Rep. Jamaal Bowman, D-N.Y.

The gist: Go bold on legislation, take advantage of Democratic majorities in Congress and don’t wait for Republicans to get things done.

“The proposals that President Biden has put forward over the last few weeks would represent important steps — but don’t go as big as we’d truly need in order to solve the crises of jobs, climate and care,” said Bowman. “We need to think bigger.”

The sentiment is a far cry from the eagerness to work across the aisle we’ve seen from the White House and could signal growing frustration in the progressive wing of the party with the pace Biden is moving on his agenda, an early warning of sorts for the president.

For Biden, who prior to his speech Wednesday night referred to the Democratic Party as “splintered,” finding ways to appeal to his tent’s most centrist and progressive members will continue to prove difficult.

As Biden marks his 100th day in office, across the aisle, another vice president-turned-possible-presidential-contender will be marking a milestone of his own: Former Vice President Mike Pence will deliver his first public remarks since the end of the Trump administration in South Carolina Thursday.

Before speaking at an annual gala of the conservative Christian nonprofit organization, the Palmetto Family Council, Pence will also make two stops across one of the nation’s most diverse early primary states. His office said Pence’s remarks will “contrast the policy accomplishments of the Trump-Pence administration with the first 100 days of the Biden-Harris administration.”

While the discussion of ballot box access has ongoing, national relevance, it also offers a preemptive strike against the former vice president’s possible 2024 aspirations. In addition to this trip, Pence’s reemergence in the national spotlight includes penning an autobiography that has a tentative 2023 release date.