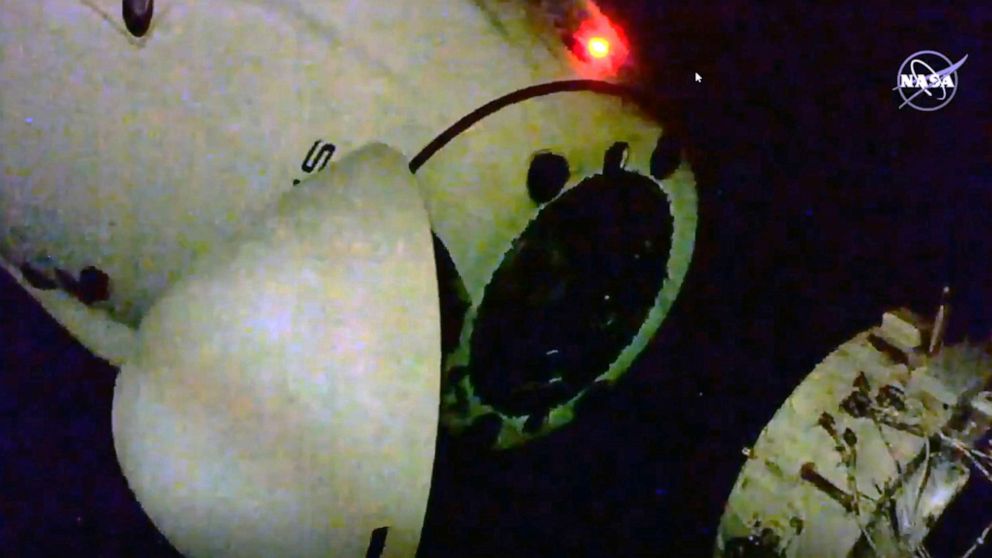 After six months in space, four astronauts on a historic NASA-SpaceX mission have started their journey back to Earth.

SpaceX’s Crew Dragon spacecraft, dubbed Resilience, undocked from the International Space Station at 8:35 p.m. ET Saturday. It’s scheduled to splash down in the Gulf of Mexico off the coast of Florida at about 2:57 a.m. ET Sunday. The return will air live on NASA Television, the NASA App and the agency’s website.

The undocking was moved from Friday due to unfavorable wind speeds forecast at the time of the anticipated splashdown. More ideal conditions are in the forecast for Sunday’s splashdown and recovery, NASA said. The U.S. Coast Guard has established a 10-nautical-mile safety zone around the expected splashdown location.

This will be the first nighttime splashdown of a U.S.-crewed spacecraft since Apollo 8’s return on Dec. 27, 1968, in the Pacific Ocean.

Three NASA astronauts — Michael Hopkins, Victor Glover and Shannon Walker — and Soichi Noguchi of the Japan Aerospace Exploration Agency are making the journey home. They launched into orbit Nov. 15, 2020, in what was the first operational crewed flight for the Crew Dragon capsule as part of NASA’s commercial crew mission, and SpaceX’s second-ever crewed flight to space.

For the past six months, the astronauts have worked on several experiments, including producing food in space by growing radishes in different types of light and soils. They also studied tissue chips that mimic human organs to learn more about how microgravity affects human health and diseases.

The crew is in “great health” for the return flight, NASA said. Ahead of Saturday’s undocking, they were packing science freezers filled with research samples, personal items and emergency hardware in the Resilience spacecraft.

“Coming home soon!” Hopkins, the Crew-1 Dragon resilience commander, tweeted hours before the undocking. “It’s been a great mission with great teams both on the ground and on @Space_Station.”

“This orbiting laboratory is a true testament to what we can accomplish when we work together as a team,” he said on Twitter. “Crew-1 is ready for our ride home!”

When they land, the Crew-1 astronauts will have spent 168 days in space. Upon splashdown, they will return to Houston. The Dragon spacecraft will be recovered and return to Cape Canaveral, where it will be inspected and refurbished for future missions.

Crew-1 was the first of six crewed missions NASA and SpaceX plan to fly as part of NASA’s commercial crew mission.

The second mission in the program launched on April 23 from the Kennedy Space Center in Cape Canaveral, Florida, with four astronauts aboard the Crew Dragon Endeavor spacecraft, the same one used during the first-ever crewed SpaceX flight last May.

The spacecraft docked at the International Space Station on April 24, after about a 23-hour ride. The Crew-2 astronauts will remain in space until October.

The flights mark a yearslong effort between NASA and the private sector to bring launch capabilities back to U.S. soil and end a dependency on Russia for trips to the International Space Station.

The Crew Dragon is the first spacecraft since the Space Shuttle to be certified by NASA to carry humans.