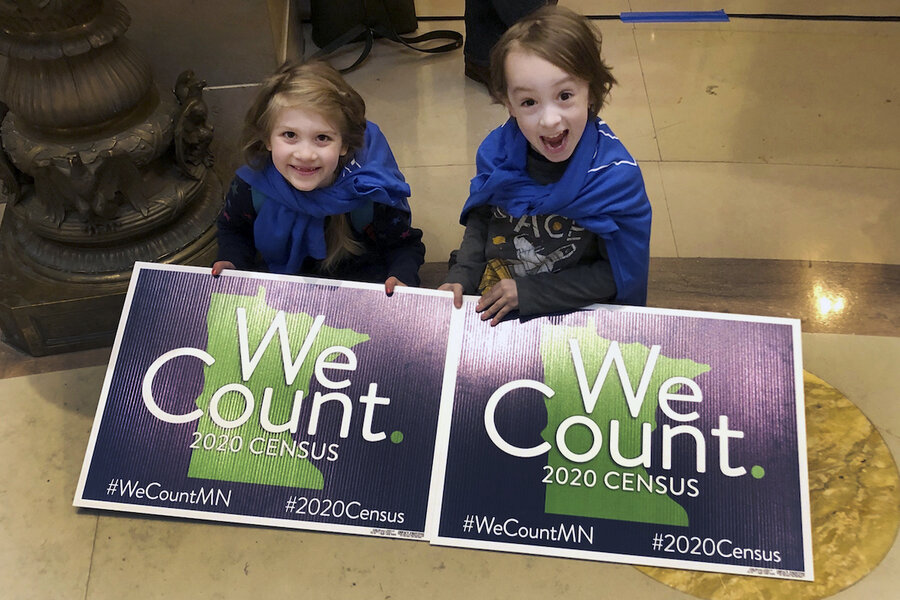 Minnesotans spent 18 months worrying over whether the 2020 census would finally cost them a precious seat in Congress, expecting to lose one to faster-growing competitors in the South and West even if they found and counted every last soul in the state.

Turns out they could have spared the concern. In Minnesota – a state that’s long seen itself as above average – residents voluntarily returned their census forms at the highest rate in the nation. Their dedication likely saved the day.

Even sweeter for some here: Mighty New York was the state on the outs, clipped by Minnesota for the 435th and final House seat by a mind-bogglingly narrow margin. If Minnesota had counted 26 fewer people – or New York just 89 more – the seat would have switched states.

“Census nerds! We did it!” Lt. Gov. Peggy Flanagan tweeted. Others took to Twitter to exult in the news: “Minnesota finally beats New York at something,” one user said, alluding to the Twins’ recent years of postseason baseball futility against the Yankees.

Just over 75% of Minnesotans responded to the census questionnaire, top in the nation but also in step with generally strong participation rates in the Midwest. Wisconsin, Iowa, Illinois, and Michigan all made the top 10 in self-response rates – boasting rates of more than 71% – but slow population growth in the latter two states still cost them a congressional seat.

Minnesota has a history of seat stealing. It took the 435th seat from North Carolina during the last census in 2010.

Minnesota’s embrace of the census is in line with strong civic engagement in elections, where every two years, the state ranks at or near the top in turnout, including 80% in last fall’s general election.

“We vote more, we volunteer more, we donate more,” said Morgan Baum, a small-business owner in Hutchinson who was among those responding to the questionnaire without prodding.

“I think we’re just a really participatory community. All Minnesotans are and that comes across again in the census.”

Minneapolis social worker Jennifer Bertram calls herself a “census nerd,” in part because of a previous job for a nonprofit whose programs depended on census data. She felt so strongly about the census’ importance that she took a job doing the door-knocking necessary to get non-respondents.

“To me, it’s almost more important than voting because of the billions of dollars that get allocated by the federal government back to Minnesota every year,” she said.

She estimated she recorded at least 26 people who wouldn’t have been counted otherwise. She recalled one home in particular – a group of six or seven Spanish-speaking brothers living in a duplex – and working across a language barrier to get them counted.

Several states lost a congressional seat due to the census, including California despite spending $187 million on census outreach, according to data from the National Council of State Legislatures.

The state of New York allotted up to $60 million on census outreach – though critics say it didn’t spend the full amount – on top of New York City’s $40 million effort, dwarfing Minnesota’s $2.1 million. New York Gov. Andrew Cuomo said this week that he is considering “legal options” to challenge the state’s narrow loss, though the governor didn’t specify what legal actions.

Texas was the lone state to gain two seats. Colorado, Florida, Montana, North Carolina, and Oregon gained one seat each.

Census figures showed Minnesota’s overall growth rate was 7.6% – a shade higher than the overall nationwide rate of 7.4% as its population grew to 5.7 million from 5.3 million a decade ago.

In addition to keeping all eight U.S. House seats and 10 electoral votes, Minnesota’s high response rate may affect the state’s share in federal aid. Census Bureau data play a role in determining how to allot hundreds of billions of dollars annually through Medicaid, food stamps, and about 130 other federal programs.

Brett Buckner of Minneapolis, a former president of the Minneapolis NAACP in the early 2000s, worked for the Census Bureau on the 2010 count. This time around, he was active in groups working together to get people of color to respond to the census – something they combined with voter turnout efforts.

“We said we need you to count both ways,” Mr. Buckner said, describing door-knocking, phone calls, Zoom meetings, and more. “We got lucky here in Minnesota.”

Some of the people who joined in the victory lap on Twitter, however, said the win involved more than luck.

Explained one: “Never try and defeat Minnesota in a paperwork contest.”