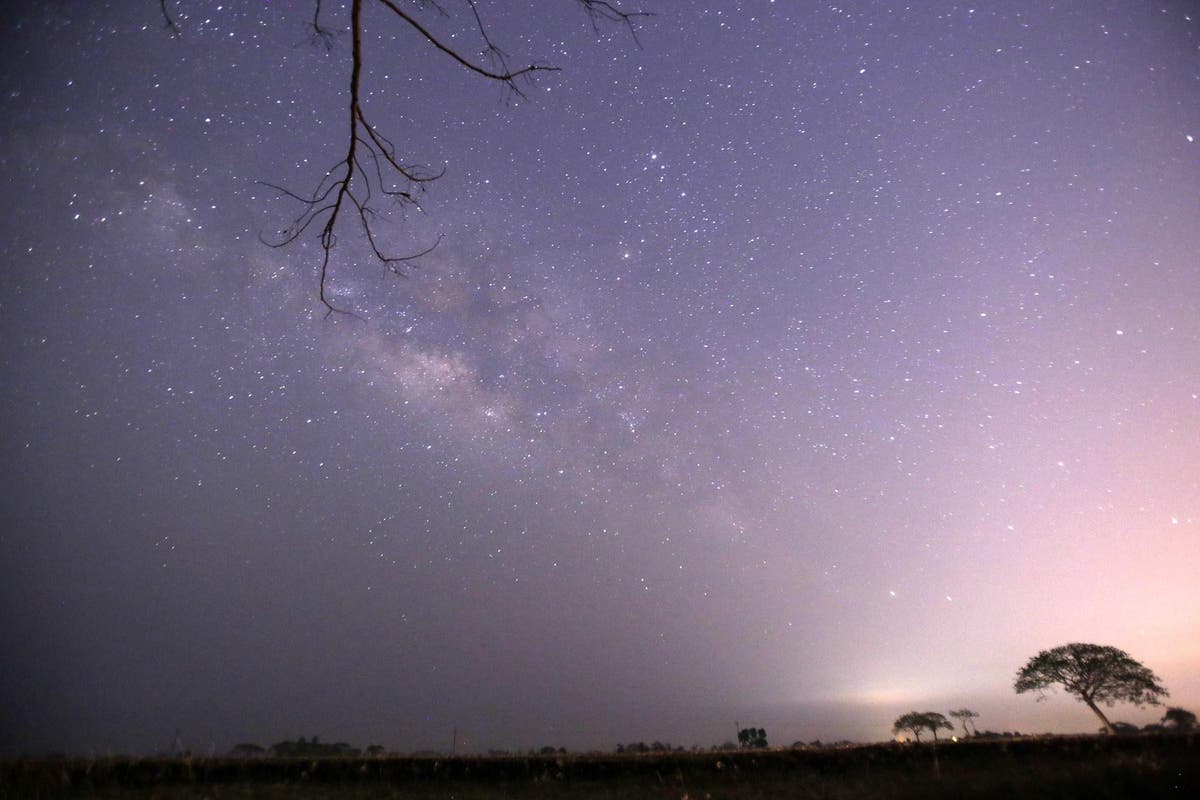 The Lyrids meteor shower is about to arrive in the sky.

Lucky watchers of the stars will be able to see meteors streaking across the night sky as they take in a celestial spectacle that has been observed by humans for thousands of years.

They peak over the night of 21 April and into 22 April, which happens to be Earth Day. But they will be visible – if not quite so visible – in the days before and after that.

It is the first time a meteor shower will arrive in months – bringing an end to a low period that began in January.

What are the Lyrids?

We have been treated to the sight of the meteor shower for at least 2,700 years. Nasa says they were first recorded by the Chinese in 687 BC, making them one of the oldest known meteor showers.

Over time, they have varied, with particularly heavy showers coming in the most plentiful years, such as the most recent 1982 shower in the US.

But they are generally fast and bright. On a good day there can be as many as 100 meteors each hour, and even on a more regular one there could be as many as 20 meteors.

They are made up of pieces of a comet called C/1861 G1 Thatcher, which was found in 1861. As pieces that originate that comet collide with Earth’s journey around the Sun, they disintegrate and light up the sky.

They appear to come out of the constellation Lyra, or the harp, which is where they get their name from. This is a particularly visible constellation, even in a bright sky, but if you need help finding it then apps like Night Sky can help.

They are best seen, however, by looking away from the constellation they appear to be coming from: they will look longer and perhaps be easier to see if spotted elsewhere in the sky.

How can I see them?

There are some things you’re unlikely to be able to change when viewing the Lyrids: the best view comes in the Northern Hemisphere, and away from light pollution, though particularly at the moment it might be difficult to change your location enough to matter.

Wherever you are, the best view comes during the darkest hours, so get setup to watch after the moon sets and before the sun rises.

The best way to watch is to lie down with your feet facing east, and look up. The meteors might not be visible straight away, as your eyes will need to adjust to the dark: simply keep looking, allow your vision to settle in and they will start to become visible.