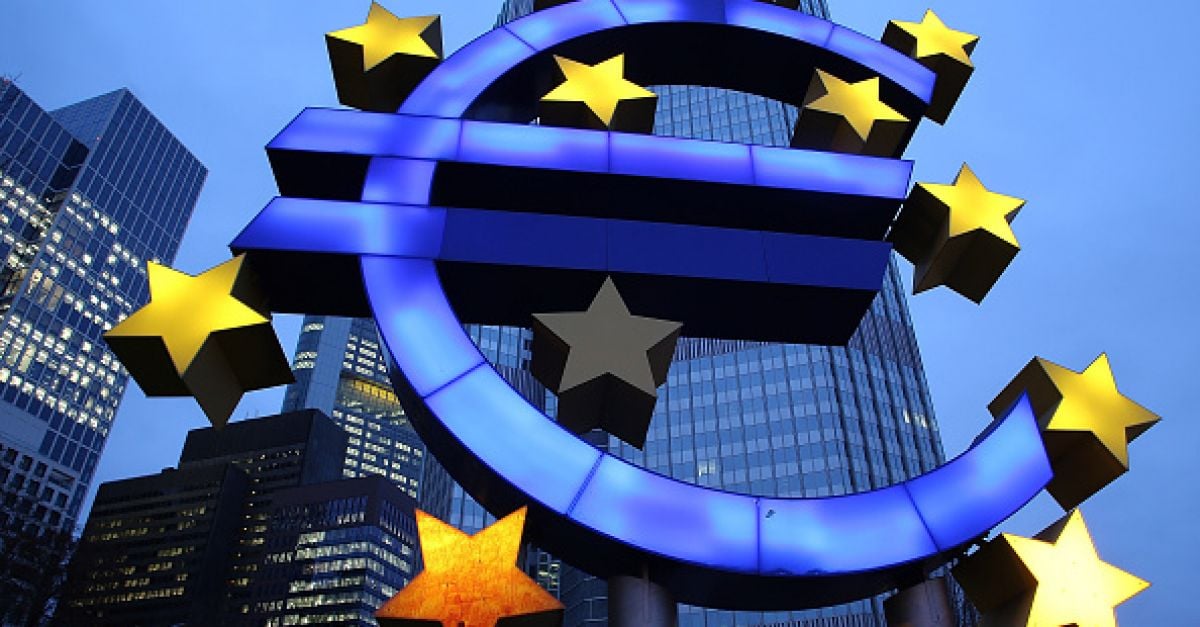 The euro zone economy dipped into a second technical recession after a smaller than expected contraction in the first quarter, but is now firmly set for recovery as pandemic curbs are lifted amid accelerating vaccination campaigns, economists said.

The European Union’s statistics office Eurostat said gross domestic product in the 19 countries sharing the euro, which includes Ireland, contracted 0.6 per cent quarter-on-quarter for a 1.8 per cent year-on-year fall, putting the single currency area in a second technical recession in 12 months. Economists polled by Reuters had expected a 0.8 per cent quarterly and a 2.0 per cent annual decline.

“Domestic demand is set for a strong rebound when economies reopen and the manufacturing recovery seems to only be limited by its own supply at the moment. While late out of the starting blocks, the euro zone is set for its start to the pandemic rebound,” he said.

The first quarter contraction was caused mainly by a 1.7 per cent quarterly slump in the biggest economy Germany, as a pandemic lockdown since November hit private consumption.

It was mitigated by 0.4 per cent quarterly growth in second biggest France, as consumer spending and business investment held up despite coronavirus curbs. The country only entered its third national lockdown at the end of March.

“The recession is a thing of the past. With progressive vaccinations and a seasonally slower spread of the coronavirus, infection figures should continue to fall in the coming weeks,” said Christoph Weil, senior economist at Commerzbank.

“With the shops open, social life will resume and economic activity will pick up noticeably. By summer, restaurants, hotels and other contact-intensive services should also be able to resume normal operations. We expect the economy to return to its pre-crisis level by the end of this year,” Weil said.

This core inflation drop is likely to reinforce calls by ECB doves to maintain the stimulus to the economy and hold off on tapering pandemic bond purchases until growth firmly takes hold.

“The ECB will be challenged significantly in terms of communication over the coming meetings. With inflation approaching 2 per cent, once GDP growth jumps … it will become key for the ECB to get the message across that inflationary pressures look to be transitory for now,” ING’s Colijn said.

Eurostat also said that euro zone unemployment fell in March to 8.1 per cent of the workforce, or to 13.166 million people, from a downwardly revised 8.2 per cent in February or 13.375 million people, defying expectations of a rise to 8.3 per cent.

How small businesses survived the pandemic

Stay and spend scheme to close and will not be replaced, Donohoe says