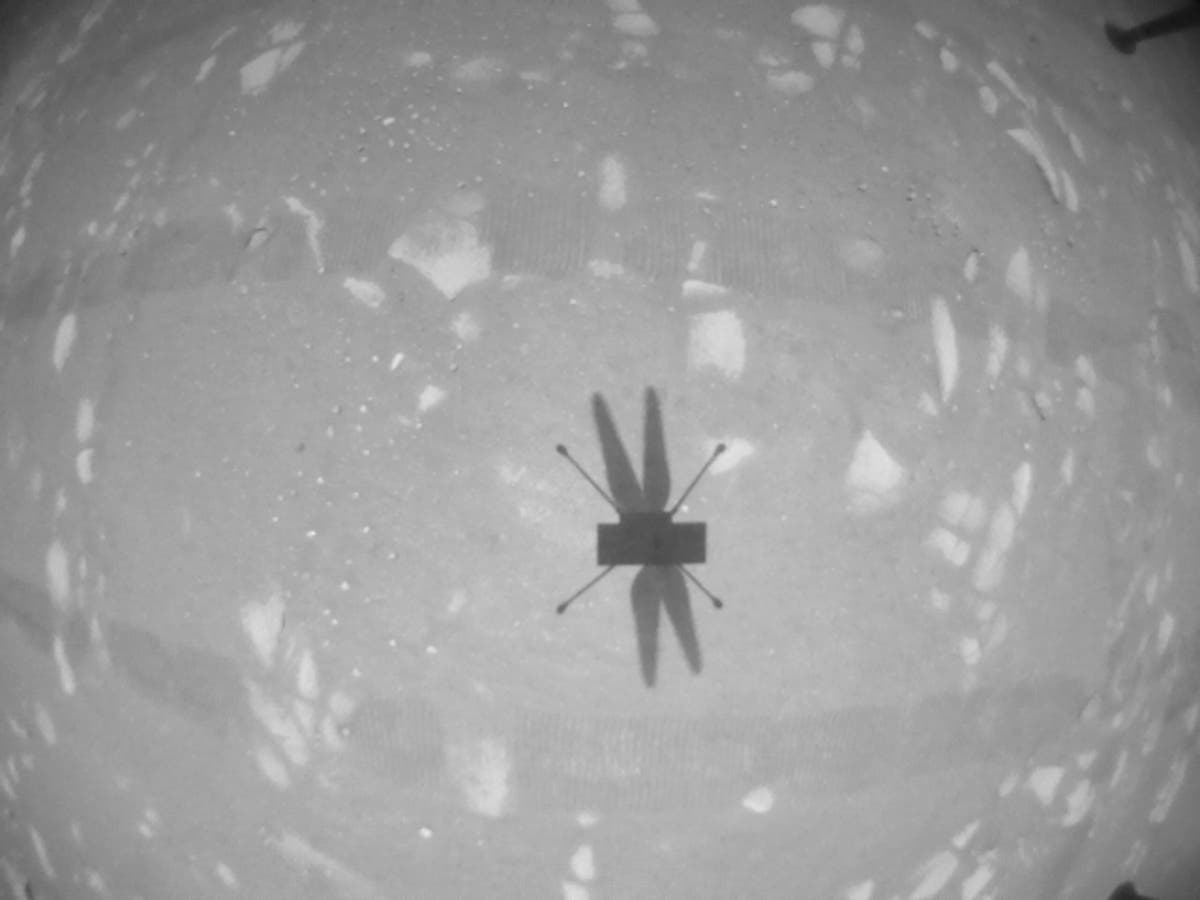 Nasa has flown a helicopter across another planet for the first time.

The Ingenuity helicopter made its second journey, taking off into the air and hovering as it did during its pioneering mission earlier this week.

But this flight saw the drone fly to a higher altitude, conduct a longer hover – and conduct “lateral flying” for the first ever time.

The second successful flight is another breakthrough for the helicopter’s team, who just days ago were struggling with a software update to get Ingenuity into the air at all.

Nasa had initially aimed to fly “no earlier than” 11 April. But trouble came the day before that flight, when a safety system inside the helicopter brought an end to a test of the rotors.

Engineers then spent the following week attempting to eliminate the issue with a change to the command sequence and an update to the software that powers the drone.

It was finally put to the test on Monday, when Ingenuity successfully spun up its blades and took off from the ground, hovering before safely touching back down again. That marked the first time that humanity had ever conducted a controlled, powered flight on another planet.

The new test saw the helicopter hover slightly higher, to an altitude of five rather than three meters. When it got to that height, it hovered briefly and then tilted itself so that it could move sideways for two meters.

“We hope to downlink those in the coming sols [Mars days],” Nasa wrote on Twitter. “While taking the images was part of the flight plan, we needed to prioritize getting the flight data (and this smaller black-and-white image) first. We’ll share them as soon as we have them!”

Ingenuity then dropped down safely back onto the surface.

Nasa intends to make a number of such tests in the coming weeks, during what it is calling the “month of Ingenuity”. Those tests will see the helicopter fly progressively higher, further and longer.

All of that is in service of a craft that is intended entirely as a technological test, rather than a science mission. Data from each of the flights will be used to inform future engineering, including yet more spacecraft designed to fly on other worlds.

There’s no such thing as intellectual property

Russia is building its own space station