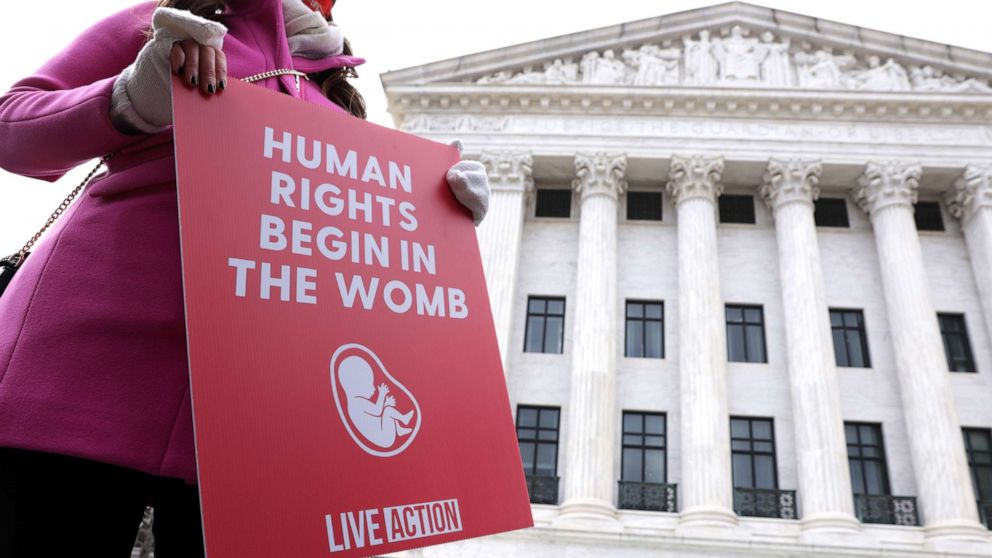 Twenty-eight restrictions on abortion were signed into law across seven states between April 26 and April 29, according to a new report, marking an especially hostile week for abortion rights.

“The current barrage of coordinated attacks must be taken seriously as the unprecedented threat to reproductive health care and rights that it is,” Elizabeth Nash, principal policy associate on state issues for the Guttmacher Institute, which put out the report, said in a statement. “The year 2021 is well on its way to being a defining one in abortion rights history.”

According to the Guttmacher Institute, a research organization that supports reproductive rights, the pace of restrictions enacted so far this year puts 2021 on track to see historic high numbers of abortion restrictions. At this point in 2011, regarded by the research institute as the most restrictive year for abortion rights since Roe v. Wade was decided, 42 restrictions had been enacted; this year, the nation is up to 61 restrictions enacted across 13 states.

The wave of abortion restrictions on the state level comes as the Biden administration has begun taking steps to fulfill its promise of shoring up abortion rights. It also comes as the Supreme Court has a new makeup with the death of Justice Ruth Bader Ginsburg and former President Donald Trump’s appointment of Justice Amy Coney Barrett, who signed anti-abortion advertisements as a Notre Dame Law School “University Faculty for Life” group member.

The laws signed this week include a near-total ban on the procedure in Oklahoma and a ban on abortion after 20-weeks’ gestation in Montana.

Some of the laws, including the Oklahoma ban, are expected to be challenged by rights groups. This is by design, Nash posited, as conservative lawmakers have been pushing laws in the hopes a challenge will make it up to the Supreme Court that could challenge the Roe decision itself. Roe v. Wade, the 1973 Supreme Court decision that established abortion as a right nationally, was further endorsed by the Supreme Court in 1992’s Planned Parenthood v. Casey and 2016’s Whole Woman’s Health v. Hellerstedt.

Many of the other newly signed laws, however, may go unchallenged, including laws that, in practice, make abortion more difficult to access and require doctors provide medically dubious information.

Andrew Brown Jr. shot five times, once in back of head, according to family-backed autopsy

Policing has changed over the last year. Here’s how.

How a dating app meetup led to alleged murder, arson and 2 more deaths