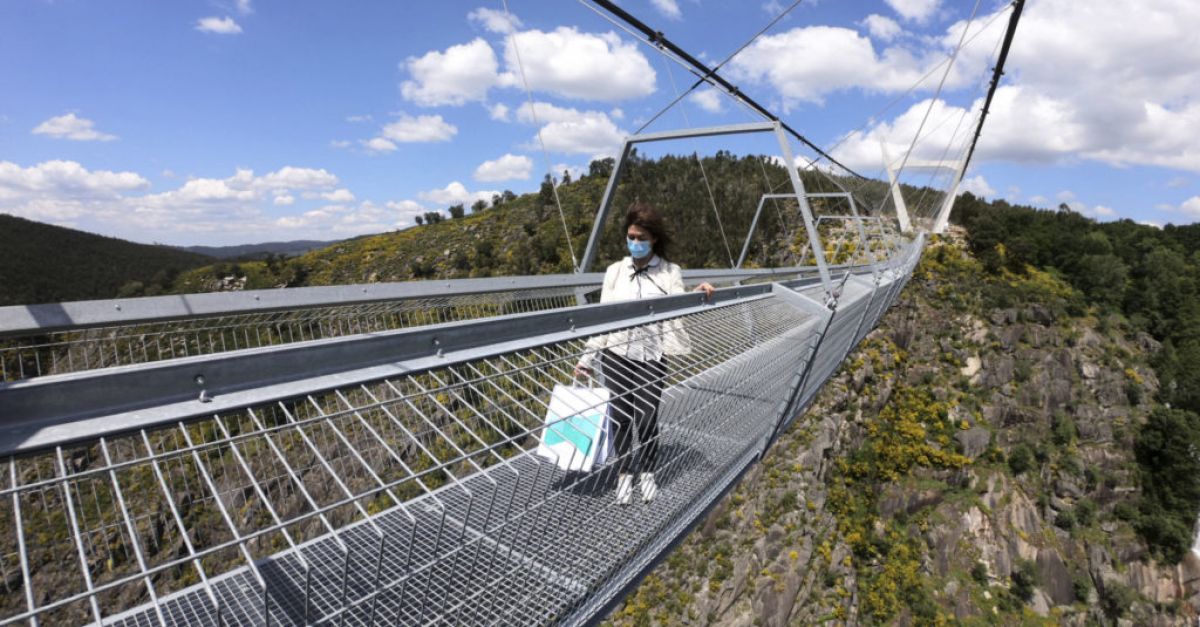 It’s probably best if you gird yourself before you look down from the Arouca Bridge.

The narrow footbridge suspended across a river canyon in northern Portugal claims to be the world’s longest pedestrian bridge and was officially inaugurated on Sunday.

The Arouca Bridge offers a half-kilometre walk across its span, along a metal walkway suspended from cables.

Some 175 metres below, the Paiva River flows through a waterfall.

Arouca is 300 kilometres north of Lisbon, the Portuguese capital.

Local residents got a first walk on the bridge last week. Many were thrilled — even as some admitted it was a little unnerving to feel so high up and exposed.

But the Charles Kuonen Suspension Bridge, which opened in the Swiss Alps in 2017, challenges that mark at 494 metres.

Children under six are not allowed on it and all visits will be accompanied by guides.