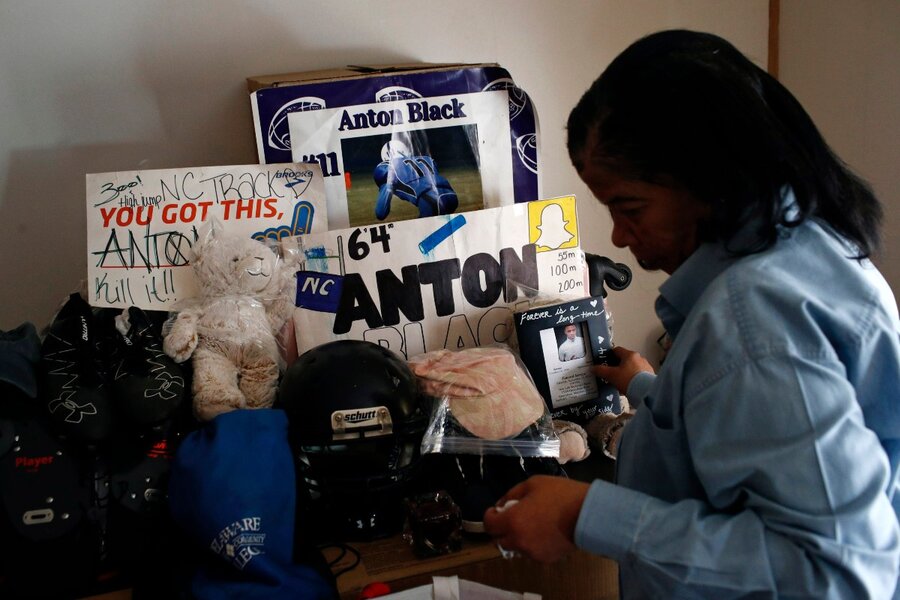 Lawmakers in more than 20 states have considered bills this year to make the disciplinary records of police officers public or to share them with other agencies, a push that comes amid high-profile deaths at the hands of law enforcement. About 20 states still largely prohibit their release, however.

Supporters of greater transparency say it could help improve police accountability, build trust with the community and prevent officers with disciplinary problems who leave one department from being hired by another.

Opponents say the release of such records could harm the reputations of officers with only minor infractions or even put them in danger. They also argue that disciplinary actions are part of personnel records, which are exempt from state open records laws.

But amid growing nationwide protests against alleged excessive force by police officers, at least 16 states have contemplated measures to release such records, or summaries of them, publicly. Another eight have discussed making the records accessible to other law enforcement agencies.

In Utah, Republican Gov. Spencer Cox signed a bill in March providing legal immunity to law enforcement agencies that share background information about former employees with other agencies looking to hire. State Sen. Jani Iwamoto, a Democrat in the GOP-dominated Legislature, introduced the legislation in response to the case of a University of Utah officer who resigned while being investigated for allegedly sharing explicit photographs of a victim in an alleged extortion case who was later killed. The officer was later hired by police in Logan, Utah, who did not know about the probe.

“We want people to feel that they can report a bad cop,” said Iwamoto, who also successfully sponsored another bill to ensure that police disciplinary investigations are completed even if an officer resigns while one is in progress.

Without legislation in place, lawyers advised police departments not to share disciplinary records lest they be sued, Iwamoto said.

In North Carolina’s Republican-controlled legislature, lawmakers want to create a confidential database from which law enforcement agencies in the state can track all disciplinary actions to prevent officers from hiding past problems when looking for a new job.

“We enable agencies to better screen individuals … so that we can weed out who the bad apples are,” said Republican state Sen. Danny Britt.

Under an expansive police reform bill Britt is sponsoring, authorities also would track all use of force by officers resulting in serious injury or death. And the legislation would create an “early warning system” to collect data on citizens’ complaints and any transgressions with the aim of correcting an officer’s behavior before it leads to a deadly outcome.

Maryland has gone further, approving the release of records related to formal misconduct complaints. The Democrat-controlled Legislature overrode a veto by Republican Gov. Larry Hogan, who objected to the public release of complaints that haven’t been substantiated. Supporters contend the public has a right to see how police departments investigate complaints against officers.

The proposals come amid a national reckoning over the killings of Black people at the hands of police. Efforts to get access to police disciplinary records have increased along with public awareness of the issue, which has grown since the 2014 shooting of Michael Brown in Ferguson, Missouri, said Rachel Moran, an associate professor and founder of the Criminal and Juvenile Defense Clinic at the University of St. Thomas School of Law in Minneapolis.

In Maryland, the move is part of a sweeping police reform package that was prompted by the 2018 death of Anton Black, a 19-year-old African American who died in a rural Maryland town after officers pinned him to the ground for more than five minutes as they handcuffed him and shackled his legs.

One of the officers, Thomas Webster, had nearly 30 use-of-force complaints lodged against him while previously working in neighboring Delaware. Webster also had been charged with second-degree assault in that state for allegedly kicking a Black man in the head, but was acquitted in 2015.

Anton Black’s sister, LaToya Holley, said she hopes the new law translates into quicker answers for the families of anyone who dies at the hands of police.

“They need to work on trust,” she said of law enforcement. “There isn’t that much trust in the community.”

Other states seeking to address policing problems had already taken action before this year.

In 2018, California lawmakers voted to allow public access to records of officer shootings and other major uses of force. New York lawmakers last year repealed a law that had blocked public disclosure of disciplinary records for police officers, firefighters and correctional officers. Hawaii took similar action, allowing the public to learn the details of more than 80 cases of unwarranted assault and more than 100 cases of officers filing false reports or covering up infractions.

In New Jersey last year, state Attorney General Gurbir Grewal, without waiting for legislation, ordered local and state police to release the names and summaries of disciplinary records of officers who had been fired, demoted or suspended for more than five days. Grewal said the information was needed to promote community trust and police accountability amid protests against the death of George Floyd in Minnesota.

For their part, members of New Jersey’s Democrat-controlled legislature considered but have failed to pass a bill this year to make police records public, though an early warning system of the kind being considered by North Carolina is already in place.

Meanwhile, nothing has come of Grewal’s order yet because of a legal challenge by law enforcement unions. They argue that personnel records are exempt under state open records laws, and that officers and their families could be put at risk if they are made public. They also object to releasing information about past confidential disciplinary agreements for problems such as drinking and domestic violence.

Pat Colligan, president of the New Jersey State Policemen’s Benevolent Association, said many officers who have dealt with problems like that have gone on to have good careers. Colligan said he would support the release of records only for major infractions, such as excessive force and civil rights violations, from now on.

He also would like to see the state’s early warning system be given a chance to provide officers with help or weed out those not meant to wear a badge.

“People have to stop assuming every officer is a problem officer,” he said.

World’s bankers take climate pledge. Will they follow through?