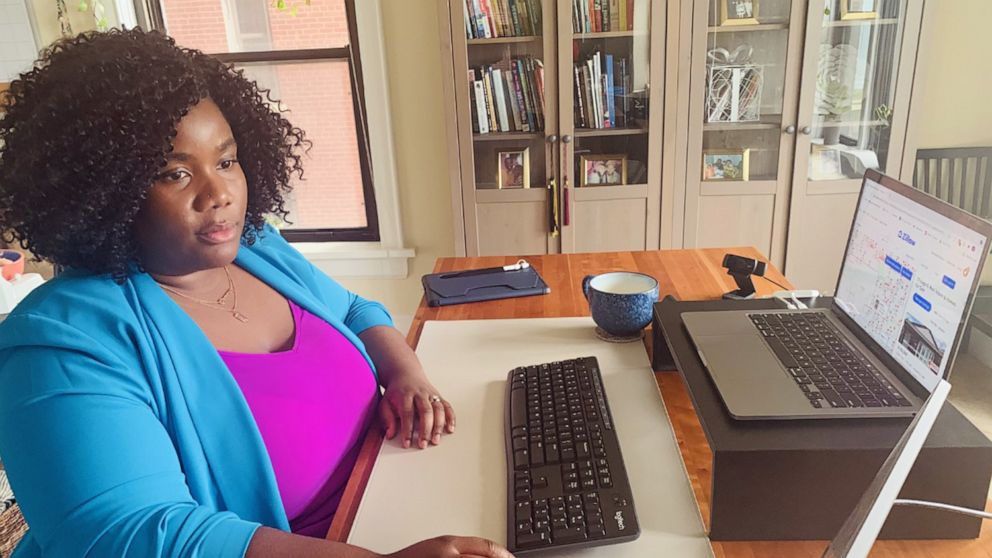 One hundred home visits and nine failed offers later, they’re considering leveraging their 49ers season tickets as a way to stand out from crowds of other potential buyers.

“We had a kind of a budget in our mind — and this would be the max we would go to,” Abhinav Guha said. “We have certainly blown out that number.”

Like many other families during the pandemic, they’re searching for more space to work from home and raise their 16-month-old baby.

“It’s like we have three jobs,” said Moshika Guha, an engineering project manager — her husband is an atmospheric scientist. “We have our full-time job, we have to take care of a baby, and then there’s a third job where we’re house searching.”

With home prices rising at the fastest pace in 15 years, buyers nationwide are getting priced out. The result, economists warn, is widening inequalities in the housing market.

“Every time prices rise another month there’s another sort of swath of the of the economy, a swath of Americans at that point who can no longer afford to buy homes,” said Zillow senior economist Jeff Tucker. “So as prices rise, it does make homeownership a more exclusive club.”

Low interest rates and remote work have supercharged demand from homebuyers over the past year. Real estate brokerage Redfin called March the “hottest month in housing market history,” with a record 43% of homes selling for more than their listing price. Nearly half of the homes that went under contract had an accepted offer within one week of hitting the market.

“It’s the Wild West out here,” said Stacy Grove, a real estate agent in Indiana. “We’re kind of getting to a place even here in the Midwest, that’s been pretty well insulated from crazy prices, where suddenly, if I’ve got buyers that are under $200,000 they just don’t have the opportunities that they had five and 10 years ago.”

Kristi and Josh Medley spent 10 months searching for a home for their family of five in the suburbs of Indianapolis.

“We went as far as printing up flyers and postcards and went door to door and put some postcards on people’s doorsteps saying hey, you know, we love your house, if you would be interested in selling it, please give me a call,” Josh Medley said.

Realtors and economists said the key problem is that demand for homes is outpacing supply, with many existing homeowners reluctant to sell during the pandemic and not enough new houses being built to meet the surge of buyers.

Backlogs in the supply chain have also increased the cost of building new homes; lumber prices have surged more than 200% in the past year.

“Builders are now building as fast as they can,” Tucker said. “But the U.S. housing market, one year’s worth of construction, even with everybody firing on all cylinders, just can’t really make up for 10 or 12 years of under building.”

Twenty-eight-year-old Chanelle Bell and her husband have been living in the Hyde Park neighborhood of Chicago for seven years, saving money to buy their first home there. But she said now they’re priced out.

“The process of doing my due diligence is not matching the speed of how fast these houses are flying off the market,” Bell said. “It’s really scary, especially as a first-time buyer.”

New buyers like Bell said they simply can’t compete with other offers putting forward all cash or waiving contingencies, like inspections.

“It honestly feels very disheartening; I followed the guidebook that I was told to follow to reach the American dream,” she said. “I’m in a space where realistically I should be able to purchase the house. And yet, that’s just not happening as quickly as I would hope. And so I kind of feel — like — betrayed a little bit.”

May 2 results set stage for major political developments in Telangana

3 romance novels by Stacey Abrams to be reissued