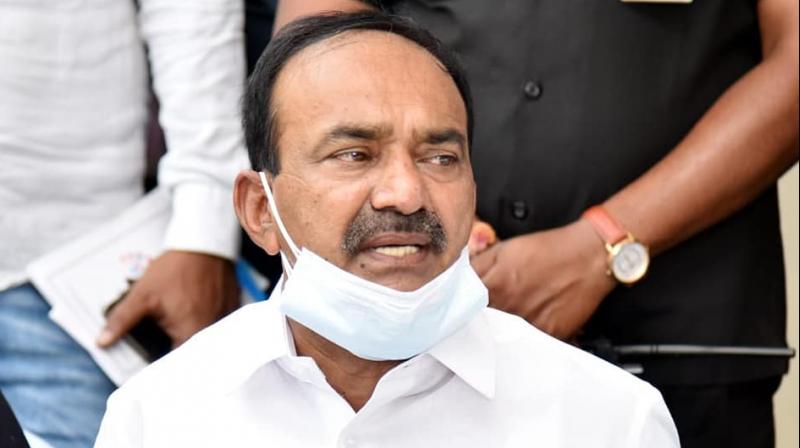 As reported by Deccan Chronicle in these columns, the report of the collector, leaked to media on Sunday, focused mainly on three issues — encroaching assigned lands of 66 acres and building sheds and laying roads in them, unauthorized felling of trees and taking up poultry without getting the conversion of land use.

The collector gave a survey report also indicating the private patta land and assigned land under possession of the minister’s family.

Meanwhile, Rajendar maintained silence over his removal. But in his interactions with the media earlier in the morning, he had threatened to expose forces that “conspired” against him. He did not reveal any name. On his future course of action, he said he would make a strategic move as any foolish decision would affect not only him but the Telangana society as well, he said.

Rajdendar said he would discuss with his constituents, lakhs of youths and organisations that agitated for a separate Telangana, before making his next move.

“While we are busy grappling with the most tragic situation wherein people are dying or struggling for lives, some forces hatched a conspiracy against me with sadistic pleasure. They are nothing short of psychos,” he said.

Pegasus is not a privacy issue, it’s treason: Rahul