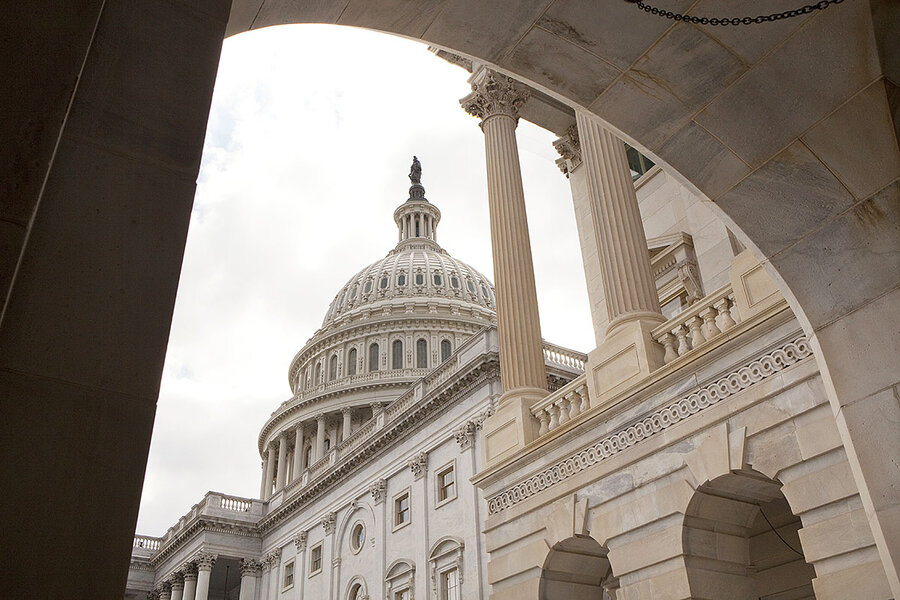 Perhaps no Senate rule is as famous as the filibuster, which starred in its own Hollywood film. In the Oscar-winning “Mr. Smith Goes to Washington,” Jimmy Stewart’s character holds forth on the Senate floor for almost 24 hours to delay a vote on a bill marred by political corruption. Although he collapses from exhaustion, his impassioned stand for principle ultimately wins the day.

Today, there is an intensifying debate about whether the filibuster is indeed a tool of principle, or rather one of partisan obstructionism. Supporters say the filibuster acts as a guardrail on American democracy by preserving a voice for the minority party and ensuring that major legislation has support from both sides of the aisle. But critics say the filibuster is being exploited to obstruct urgently needed government action, blocking the will of voters. They also cite its prominent role in the past in blocking civil rights legislation.

Here’s a look at the 215-year Senate tradition and its impact on lawmaking today.

With the Senate – and the nation – closely divided, frustration over the filibuster has grown. Those in the majority tend to see it as an obstacle to progress. For those in the minority, it’s about protecting their rights.

What is the filibuster?

The filibuster is a procedure that allows a minority group of senators to delay or block legislation from being passed. Traditionally this has been done by a “talking filibuster,” as Stewart’s character did. Today it can be done quietly, blocking progress on one bill while the Senate continues business on other matters. Either way, ending a filibuster requires 60 of the Senate’s 100 members, and is known as invoking cloture.

That means that bills, with only one major exception (see below), need at least 60 senators’ consent even to be put to a vote. In the current Senate, that requires Democrats – who, along with two independent members, hold 50 seats – to get the support of at least 10 Republicans.

Is it in the Constitution?

No. The filibuster became possible by default when a Senate rule change in 1806 left senators with no mechanism for ending debate.

But is it in accord with the framers’ vision for the Senate? It is clear that they did envision the Senate as having a different character than the popularly elected House. Senators were required to be older, elected by state legislatures, and longer-serving, with only a third of seats up for reelection every election year. Supporters of the filibuster argue that while it was not instituted by the framers, it reflects their vision of the Senate as a more deliberative body. But critics say increased partisanship and the changing nature of the institution – including the fact that since 1914 senators have been elected by popular vote – have allowed the filibuster to be exploited for partisan ends, bringing the legislative process to a halt.

The framers emphasized the importance of minority rights, warning against a tyranny of the majority. But they also cautioned that requiring a supermajority for legislation could gridlock the government, as it did under the Articles of Confederation. In The Federalist Papers, Alexander Hamilton wrote that when supermajorities are required, “we are apt to rest satisfied that all is safe, because nothing improper will be likely TO BE DONE, but we forget how much good may be prevented, and how much ill may be produced, by the power of hindering the doing what may be necessary.”

The filibuster was first used in the 1830s, then fairly sparingly for the remainder of the century. Not until Woodrow Wilson complained that “a little group of willful men, representing no opinion but their own, have rendered the great government of the United States helpless and contemptible” was a cloture rule finally passed in 1917. This allowed the Senate to cut off debate if they could muster two-thirds support. That was lowered to the current three-fifths, or 60 senators, in 1975.

How often has the filibuster been used to thwart civil rights legislation?

Last summer, former President Barack Obama called the filibuster a relic of the Jim Crow era, which has become a common Democratic refrain.

Most famous, perhaps, was South Carolina Sen. Storm Thurmond’s record 24-hour, 18-minute filibuster of the 1957 Civil Rights Act, legislation designed to protect African American voting rights. The measure eventually passed, but was watered down. Senator Thurmond’s record still stands, and is cited by critics who see the filibuster as a tool of white supremacy.

Republicans note, however, that just a few years ago 30 Democrats – including Sens. Kamala Harris and Cory Booker, who are Black – were among 61 senators who signed a 2017 letter urging then-GOP Majority Leader Mitch McConnell not to scrap the filibuster.

How else can the Senate get around the 60-vote threshold?

With the tiebreaking vote of Vice President Harris and the support of every Democratic senator, Democrats could repeal or reform the filibuster. Options could include reducing the number of votes required to invoke cloture, requiring that all filibusters be “talking filibusters,” and limiting which motions can be filibustered. So far, Democratic Sens. Joe Manchin of West Virginia and Kyrsten Sinema of Arizona have said they will uphold the filibuster, preventing their party from scrapping it.

Barring that, Democrats have one main avenue for passing filibuster-proof legislation: budget reconciliation. Each year’s budget can be passed with a simple majority, which only requires one more yea than nay. Democrats used the fiscal year 2021 budget to get the recent COVID-19 relief bill through the Senate despite no Republicans supporting it, and in an unusual move, the Senate parliamentarian has given them a green light to use the process again to “revise” the budget, which could include incorporating new spending. In addition, Senate Democrats can use the same process for the fiscal 2022 budget, giving them as many as four filibuster-free legislative opportunities this calendar year. However, the Senate parliamentarian can rule certain provisions as not eligible for passage in a budget reconciliation bill, as she did with the $15 minimum wage provision in the COVID-19 bill.

Key legislation that Democrats would like to pass but that is unlikely to get enough Republican support includes expanding federal mandates for voting and election protocols, enhancing background checks for gun purchases, bolstering anti-discrimination provisions for the LGBTQ community as outlined in the Equality Act, and reforming policing in America.

Among Asian Americans, a generational divide on racism