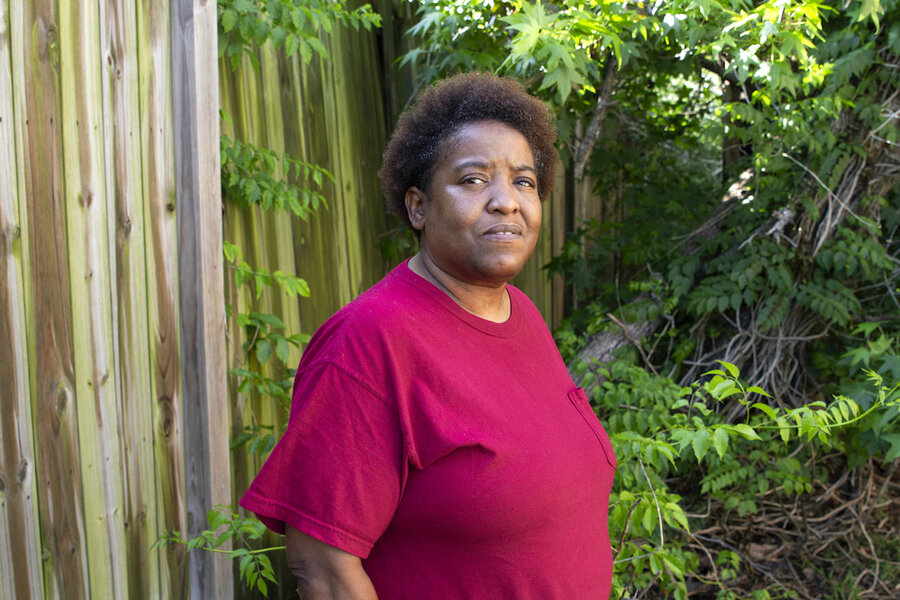 A national effort helping to bail poor and low-income people out of jail formally announced on Tuesday its expansion into the Deep South.

“Bail Out the South” is the next phase of The Bail Project’s plans to secure freedom for thousands of people over the next few years, organizers told The Associated Press. Although larger criminal legal systems throughout the country have begun doing away with cash bail for certain low-level, nonviolent offenses, the South continues to have the highest jail incarceration rates and the starkest racial disparities among those imprisoned pretrial.

“When I think about our work around social justice and racial justice, you simply can’t talk about those issues without dealing with what’s happening in the South,” said project CEO Robin Steinberg.

The project expansion includes opening offices in Mississippi, Florida, South Carolina, and Alabama this year, which doubles its reach in the region through partnerships with local organizations. The bail fund will work in concert with advocacy campaigns to ultimately end the imposition of cash bail, Ms. Steinberg said.

“We, the bail fund, can’t put ourselves out of business fast enough,” Ms. Steinberg told the AP. “That is the ultimate goal here. But as we know, systems don’t go down without a hell of a fight.”

The national Bail Project, which helps low-income defendants get out of jail by bailing them out as their criminal cases progress through the courts, was founded three years ago, following a successful 10-year campaign led by Ms. Steinberg and the Bronx Defenders in New York City.

Data collected over that 10-year period show that 95% of people helped by the project returned to court for every appearance. It also showed that, when people could get out of jail, the majority were ultimately not convicted of a crime.

Since its launch in 2018, The Bail Project said it has paid $41 million to bail out more than 15,500 people in more than 24 cities. That prevented more than 100,000 days of incarceration and reduced the collateral consequences such as loss of jobs, housing, and child custody.

According to The Bail Project, when ranked by state, seven of the 10 states with the highest incarceration rates in the United States are in the South. And Black Americans bear the brunt of incarceration in the region. Of all Black Americans in jail in the U.S., nearly half are in Southern jails, The Bail Project said. Many prisoners are also saddled with fines and court fees that can lead to reimprisonment if they go unpaid.

Letitia Sanabria still weeps when she thinks about the days last winter that she spent in a Louisiana jail because she couldn’t afford to post bond on $5,000 bail. It was only recently, said the adult group home supervisor, who is Black, that marks left on her wrist and hands from the tightness of the arresting officers’ handcuffs faded away.

But the trauma of the ordeal is still fresh.

“It caused chaos, and it was the worst experience ever,” said Ms. Sanabria, who was arrested in Baton Rouge in December for allegedly interfering in a custody dispute involving her grandchild. Before that day, Ms. Sanabria had never been jailed in her life.

A Louisiana branch of The Bail Project bailed her out after three days. She would have been out earlier, but there was an outstanding traffic ticket on her record.

Ms. Sanabria said she didn’t disclose to the child’s father where her grandchild was because she felt it was unsafe. So she was taken into custody, even though she explained to police that she was the only person on shift at the group home. It was so abrupt, Ms. Sanabria said, that she wasn’t allowed to finish passing out medication to group home residents before being led away.

The ordeal got worse at the East Baton Rouge Parish Jail, she said. Ms. Sanabria was denied the use of a toilet during jail intake, although she suffers from conditions that she says require her to be near a restroom.

She had to relieve herself where she sat on the jail floor, she said. Ms. Sanabria also went without access to her own medications while in jail.

To top it all off, she said, one of the group homes that she works for put her on leave indefinitely while her case makes its way through the courts. She has been able to continue working for another group home but, four months since her arrest, Ms. Sanabria is struggling to stay afloat financially.

“We’ve got so many people going through the same situation that I went through,” Ms. Sanabria said. “It makes you really wonder what kind of world we have, what kind of society we have, as far as our governments.”

Collateral consequences of incarceration, often preventable and unnecessary, drive socioeconomic and racial disparities nationwide, advocates say. And according to recently published papers on criminal justice reform policies by the American Enterprise Institute and the Brookings Institution, both nonpartisan think tanks, pretrial release and sentencing policies continue to be root causes of mass incarceration in the U.S.

“Part of what’s happening with the cash bail reform movement is to say that the system needs to change, and overall, there seems to be some bipartisan support on that,” Rashawn Ray, a David M. Rubenstein Fellow in Governance Studies at the Brookings Institution, told the AP.

“When we talk about the South, it is often a stronghold for preventing the type of reforms that people nationally think are really important,” he said.

Support elsewhere for such reforms has been tempered with concerns that, amid rising crime rates in some jurisdictions, releasing more people pretrial will pose a broader threat to public safety and lead to a policy backlash.

However, Ms. Steinberg said, it’s a common misconception that cash bail is a matter of public safety.

“What it currently does is criminalize poverty,” she said. “It also feeds racial disparities because judges often assign higher bail to Black and brown people.”

“What The Bail Project does is remove money from the criminal justice equation,” she added. “We level the playing field, so the presumption of innocence actually means something and people can return to their families and get their day in court without pressure to plead guilty.”

Bailouts are not the long-term solution to the problem, especially in the South, she added.

“Beyond the elimination of cash bail, we need to create alternatives to pretrial incarceration that are grounded in public health approaches to safety and investments in historically underserved communities,” Ms. Steinberg said.