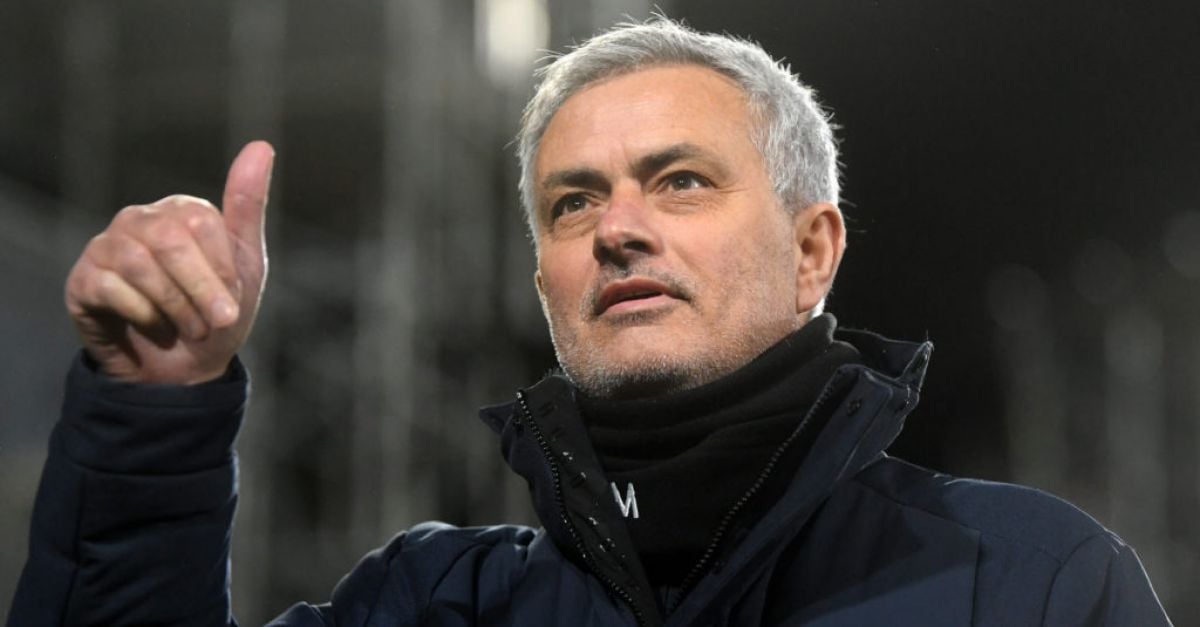 Jose Mourinho took just 15 days to find a new job after he was appointed Roma’s new head coach for next season.

The 58-year-old was fired from Tottenham on April 19th but will take over at the Serie A club from Paulo Fonseca for the 2021/22 campaign.

It sees a return to Italy for Mourinho following a triumphant spell with Inter Milan over a decade ago where he won the treble, including the Champions League.

However, he is unlikely to be dining at the top table next season, with the club heading out of the Europa League, trailing Mourinho’s former club Manchester United 6-2 after the semi-final first leg, and unlikely to reach Europe through their league position.

The club are delighted to announce an agreement has been reached with Jose Mourinho for him to become our new head coach ahead of the 2021-22 season.
#ASRoma pic.twitter.com/f5YGGIVFJp

Mourinho, who endured a disappointing campaign with Spurs before his sacking six days before the Carabao Cup final, has been drawn to the Italian capital by the ambition of the club’s owners.

“After meetings with the ownership and (general manager) Tiago Pinto, I immediately understood the full extent of their ambitions for AS Roma,” he said on the club’s official website.

“It is the same ambition and drive that has always motivated me and together we want to build a winning project over the upcoming years.

“The incredible passion of the Roma fans convinced me to accept the job and I cannot wait to start next season.

“In the meantime, I wish Paulo Fonseca all the best and I hope the media appreciate that I will only speak further in due course. Daje Roma!”

Pinto said the Giallorossi could not miss the opportunity to appoint a manager of Mourinho’s pedigree.

He said: “When Jose became available, we immediately jumped at the chance to speak with one of the greatest managers of all time.

“We were blown away by Jose’s desire to win and his passion for the game: no matter how many trophies he has won, his primary focus is always on the next one. He possesses the knowledge, experience and leadership to compete at all levels.

“We know that in order to build a successful sporting project it takes time, patience and the right people in the right positions. We are supremely confident that Jose will be the perfect coach for our project, for both our immediate and long-term future.

“Together with the vision and ambition of Dan and Ryan Friedkin, we will build the foundations of a new AS Roma.”

The Giallorossi have picked up just one point from their last four league games and sit seventh in the table, nine points behind sixth-placed city rivals Lazio with four matches remaining, prompting Fonseca’s departure.

Roma president Dan Friedkin said in a statement on the club website: “On behalf of everyone at AS Roma, we would like to thank Paulo Fonseca for the hard work and leadership shown during these two years.

“Paulo led the team through several challenges, including the Covid pandemic and a change of ownership, and he did so with generosity, fairness and great character.

“We wish him all the best in his future endeavours and we are confident that he will represent fantastic added value wherever he goes.”

Chelsea, Everton and Spurs among clubs interested in Sergio Aguero