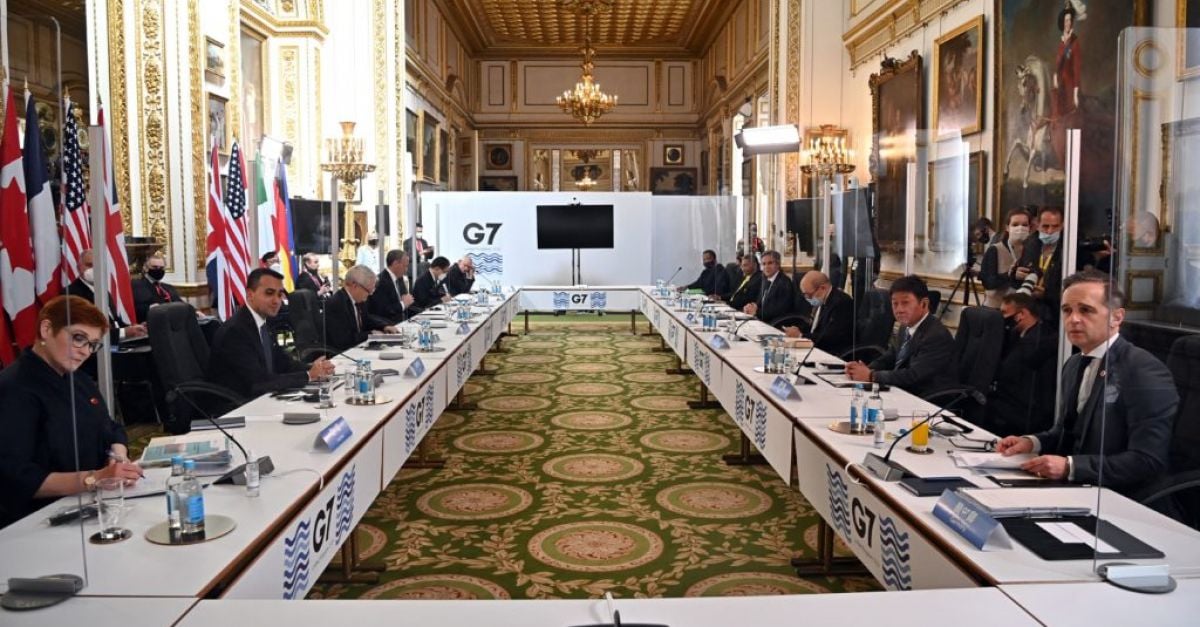 The Group of Seven foreign ministers’ meeting in London was hit by a Covid-19 scare on Wednesday when India’s foreign minister and his entire team said they were self-isolating after two delegation members tested positive.

Britain is hosting the three-day meeting — the first such G7 event in two years — which has been heavily billed as a chance to restart face-to-face diplomacy and an opportunity for the West to show a united front against threats from China and Russia.

India, currently undergoing the world’s worst surge in Covid-19 cases, is attending the G7 as a guest and had been due to take part in meetings on Tuesday evening and throughout Wednesday.

“As a measure of abundant caution and also out of consideration for others, I decided to conduct my engagements in the virtual mode. That will be the case with the G7 Meeting today as well.”

The meeting is a precursor to the main G7 summit due to take place at a rural English resort in June, with US President Joe Biden and other world leaders set to attend.

The Indian delegation had not yet attended the main summit venue at Lancaster House, and so meetings scheduled for Wednesday went ahead as planned.

Asked if, in light of the positive tests, it had been a mistake to hold the summit in person, British prime minister Boris Johnson said: “I think it’s very important to try to continue as much business as you can as a government.”

Mr Johnson said he would speak with Mr Jaishankar later on Wednesday by Zoom.

British foreign minister Dominic Raab was seen greeting and fist-bumping other G7 members as they arrived at the venue. “We deeply regret that Jaishankar will be unable to attend the meeting today in person,” a senior UK diplomat said. “This is exactly why we have put in place strict Covid protocols and daily testing.”

On Tuesday, pictures from inside the grand Lancaster House conference venue showed the reality of diplomacy in the coronavirus age — delegates separated by plastic screens, and a “family photo” of ministers carefully spaced two metres apart.

Mr Jaishankar was pictured meeting British interior minister Priti Patel on Tuesday, although Ms Patel did not have to self-isolate because the meeting had been held in line with existing rules. Both were wearing masks in the photograph.

India is not a G7 member but was invited by Britain to this week’s summit, along with Australia, South Africa and South Korea.

The Indian High Commission in London did not respond to requests for comment.

In hospitals during India’s COVID-19 crisis, doctors must choose ‘who to be saved’