This Morning: Dr Chris on signs of carbon monoxide poisoning

Chase, aged eight, and Tyler, six, tragically died from carbon monoxide poisoning after a gas heater was left on overnight. The boys were sleeping with their mum, Vanessa Robinson, and she says her last memory of the night is waking up to them crying before she passed out.

Ms Robinson was going in and out of consciousness and only survived because she was woken up by the boys’ father knocking on the door. Unfortunately, it was too late for her sons.

The horrific accident happened in the family home in Victoria, Australia on May 30, 2010. A coroner found that a build up of soot, dust and lint in the gas heater prevented oxygen getting in and created a dangerously high level of carbon monoxide.

Ms Robinson, now 40-years-old and living in Melbourne, told Daily Mail Australia: “They were with me in my bed, I think about that at times.

“I remember them crying in the night. I don’t think that they went gently. I was right there and I couldn’t save them. 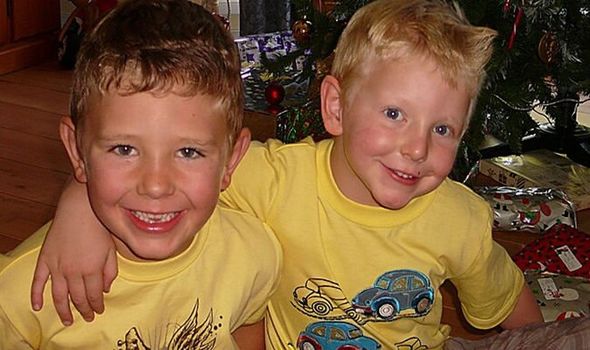 “That was my entire life, gone in one night. I was shattered. I will never get over my boys.”

Ms Robinson suffered acute kidney failure for a month after the accident and long-term memory and nerve damage that resulted in her almost losing an arm.

She added: “Carbon monoxide patients often lose limbs. My left arm was trapped underneath me so I have nerve and shoulder damage that will never get better.

“I stopped breathing – that’s what carbon monoxide does, it suffocates you to death. My memory is shot to pieces. I got PTSD too. That doesn’t go away.”

She cannot switch on the gas heater in her new home because she says it is a similar model to what killed her children.

Their website states that the danger signs to look for around gas and other fuel-burning appliances include:

· Sooting, yellow or brown staining on or around walls, ceiling or below the appliance.

· Excessive condensation in the room where the appliance is installed.

· Lazy yellow or orange coloured gas flame, rather than a sharp blue one Note: gas log fires have yellow flames for a decorative effect.

· Pilot lights that frequently blow out.

· Peeling paint above the appliance.

· Sooting flecks on the ground and underneath appliance

Carbon monoxide causes mild effects that are often mistaken for flu. Unlike the flu, gas poisoning does not cause a high temperature. Symptoms include:

· Pains in the chest or stomach

NHS guidelines say that you should seek medical advice immediately if you think you have been exposed to carbon monoxide. You must also call the gas emergency number on 0800 111 999 as your house will need to be checked for safety before anyone returns.

To prevent carbon monoxide poisoning boilers, cookers, heating systems and appliances should be installed and regularly serviced by a reputable, registered engineer.

You can find more advice .

Feuds set aside as U.S. and China agree to cooperate on climate change

Prince William and Kate Middleton launch their own YouTube channel