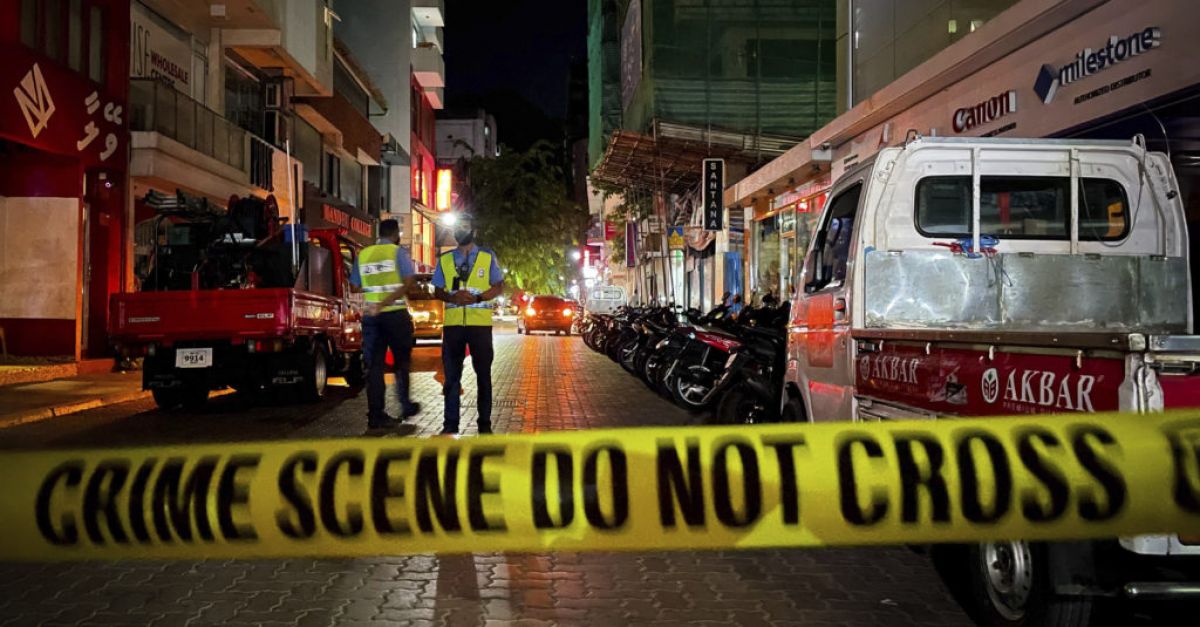 The Maldives’ first president Mohamed Nasheed has been injured in an explosion outside his home and taken to hospital in Male.

The 53-year-old, who is the current parliament speaker and from 2008 to 2012 was the country’s first democratically elected president, was being treated for non-life threatening injuries, Home Minister Imran Abdulla told a local media outlet.

President Ibrahim Mohamed Solih called the blast an attack on the country’s democracy and economy.

In a speech broadcast on television early on Friday, Mr Solih also said Australian Federal Police investigators will arrive in the Indian Ocean archipelago nation on Saturday to assist with the investigation.

Neither Mr Solih nor police have given further details on the attack and no one has claimed responsibility.

Photos on social media showed a ripped-up motorcycle at the scene.

Neighbouring India’s External Affairs Minister S Jaishankar in a tweet described the blast as an attack on Mr Nasheed.

Deeply concerned at the attack on Speaker @MohamedNasheed. Wish him a speedy recovery. Know that he will never be intimidated.

“Wish him a speedy recovery. Know that he will never be intimidated,” Mr Jaishankar said.

The presidency of Mr Nasheed ended a 30-year autocratic rule, but his own term ended when he resigned amid protests. He was defeated in the following presidential election and became ineligible to enter the 2018 election due to a prison sentence, with his party colleague Mr Solih winning the latter poll.

Mr Nasheed remained an influential political figure and was elected parliament speaker in 2019.

He has also been an outspoken critic of religious extremism in this predominantly Sunni Muslim nation, where preaching and practicing other faiths are banned by law.

Maldives is known for its luxury resort islands but has seen rare violent attacks. In 2007, a blast in a park in the capital wounded 12 foreign tourists.

EU to discuss US vaccine patent plan at summit