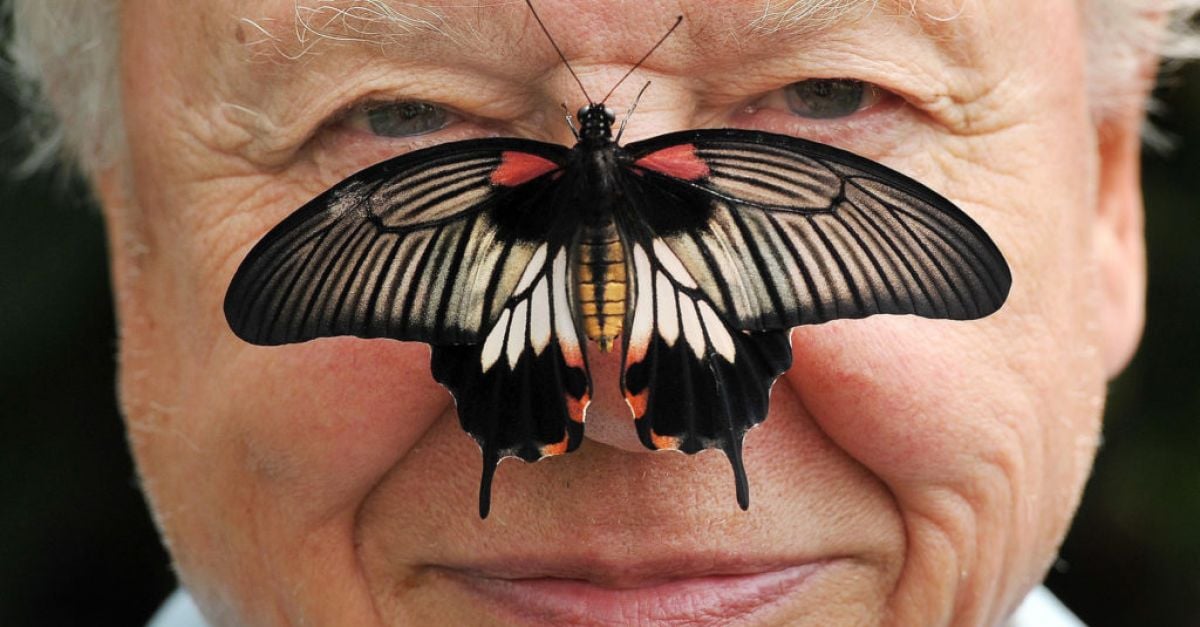 It’s almost impossible to overstate his influence. Attenborough has brought us iconic documentaries including The Blue Planet and Planet Earth, had various animals named in his honour (including the ghost shrimp from Madagascar, known as Ctenocheloides attenboroughi), and, more recently, campaigned to raise awareness around the climate crisis and the effect it’s having on the natural world.

Attenborough started working at the BBC in the 1950s, and over his long career he’s travelled the globe, meeting new and unusual animals and giving us a glimpse into the wonders of nature. These are just some of the creatures he’s met along the way…

In the 1950s Attenborough went on an expedition to the former British Guiana (now known as the independent country of Guyana), and made one of his first programmes for the BBC: Zoo Quest. Here, he’s pictured with his son Robert in 1955, with a coatimundi – a close relation to the raccoon – brought back from the country.

After giving a lecture about the expedition, Attenborough showed excited children a capybara from Guyana.

Here, the naturalist and his daughter Susan are pictured with a sulphur-crested cockatoo called Georgie in 1957.

Attenborough travelled to the Kalahari Desert in South Africa and met with some of the local meerkats for his 2002 documentary series The Life Of Mammals.

One of Attenborough’s more unusual red carpet guests was Inti, an armadillo from Edinburgh Zoo.

In 2016 the broadcaster officially renamed the Attenborough Komodo Dragon House at ZSL London Zoo – and here he’s with Ganas, a six-year-old Komodo dragon.

Continuing in the lizard theme is the time Attenborough held an Australian bearded dragon, after receiving an honorary degree from Queen’s University in Belfast in 2013.

As Butterfly Conservation President, Attenborough is no stranger to getting up close and personal with butterflies – and here he is with a south-east Asian Great Mormon variety in 2012.

Attenborough has had a lifelong fascination with frogs: they were the first animals he kept as a boy.

A whole episode of the 2018 series Dynasties was dedicated to these animals: the painted wolves of Zimbabwe.

This is the moment Attenborough said ‘Boo’ to a sloth, in 2002 show Life Of Mammals. He called them “one of the most extraordinary plant predators” – and “one animal that I don’t need to sneak up on”.