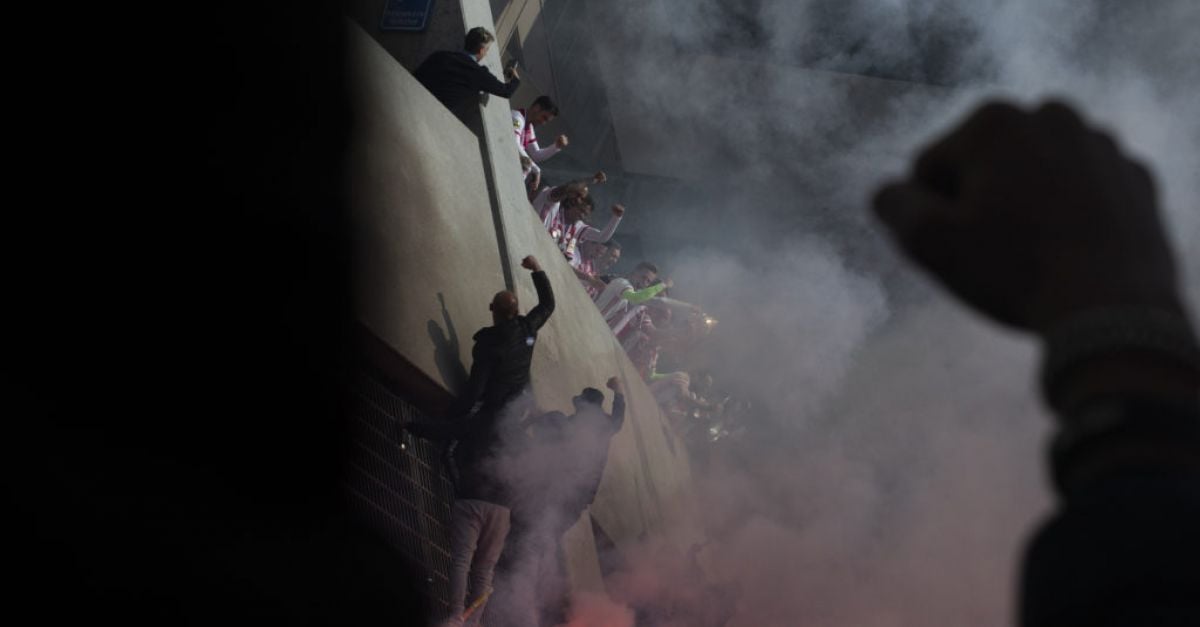 A blast believed to have been caused by powerful fireworks smashed the front window of a cafe in Amsterdam that is known as a gathering place for fans of Dutch football club Ajax.

The incident on Friday night came a day after a similar explosion damaged a bar in Rotterdam frequented by fans of rival club Feyenoord.

Nobody was hurt in either of the blasts, which happened before the final meeting of the season between Ajax and Feyenoord on Sunday afternoon.

No fans will be allowed at the match because of coronavirus lockdown measures.

Police in Amsterdam said they are investigating the incident at the Vak West cafe.

Police arrested a 21-year-old man from Amsterdam on Friday on suspicion of involvement in a series of similar blasts in Rotterdam, including at two bars known as meeting places for Feyenoord fans.

Police said in a tweet that they are still investigating the motive.