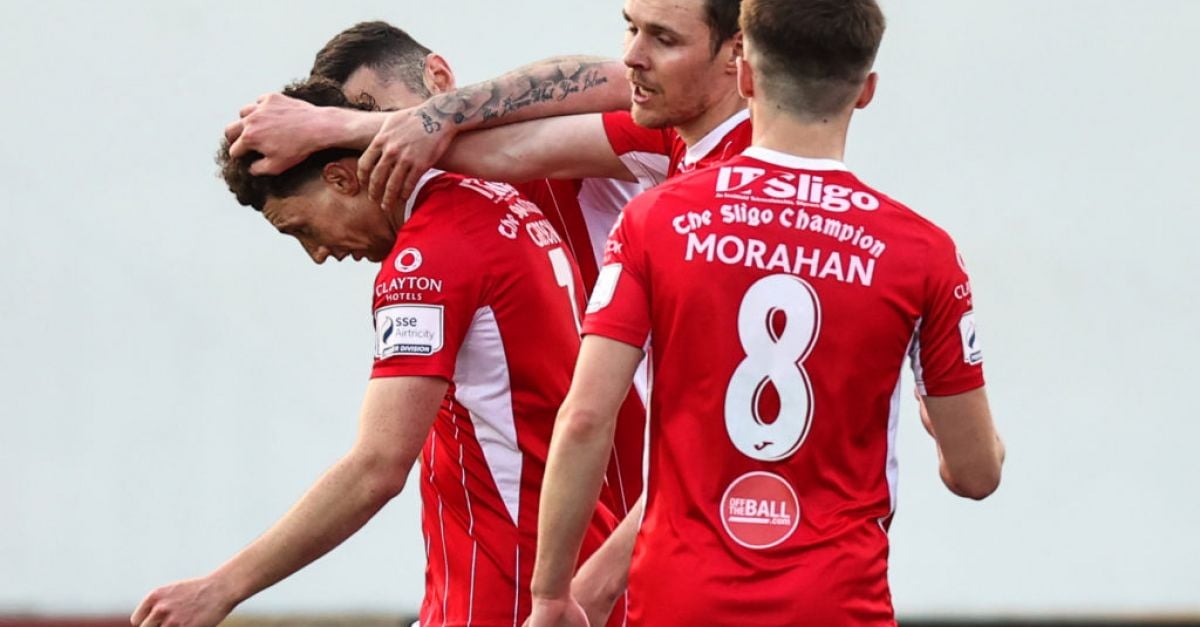 A fourth goal of the season from Jordan Gibson secured a first win in four games for Sligo Rovers tonight.

Liam Buckley’s side survived the sending off of Garry Buckley to beat Dundalk 1-0 at Oriel Park.

The win moves Sligo to within four points of leaders Shamrock Rovers, but with a game more played.

An injury time strike from James Akintunde salvaged a 1-1 draw for Derry City at home to Longford Town.

UCD are the new leaders in the First Division.

They turned a 2-1 half-time deficit into a 3-2 victory at home to Treaty United.

Cabinteely were 1-0 winners at home to Cobh Ramblers.

While Galway and Bray drew 1-1.