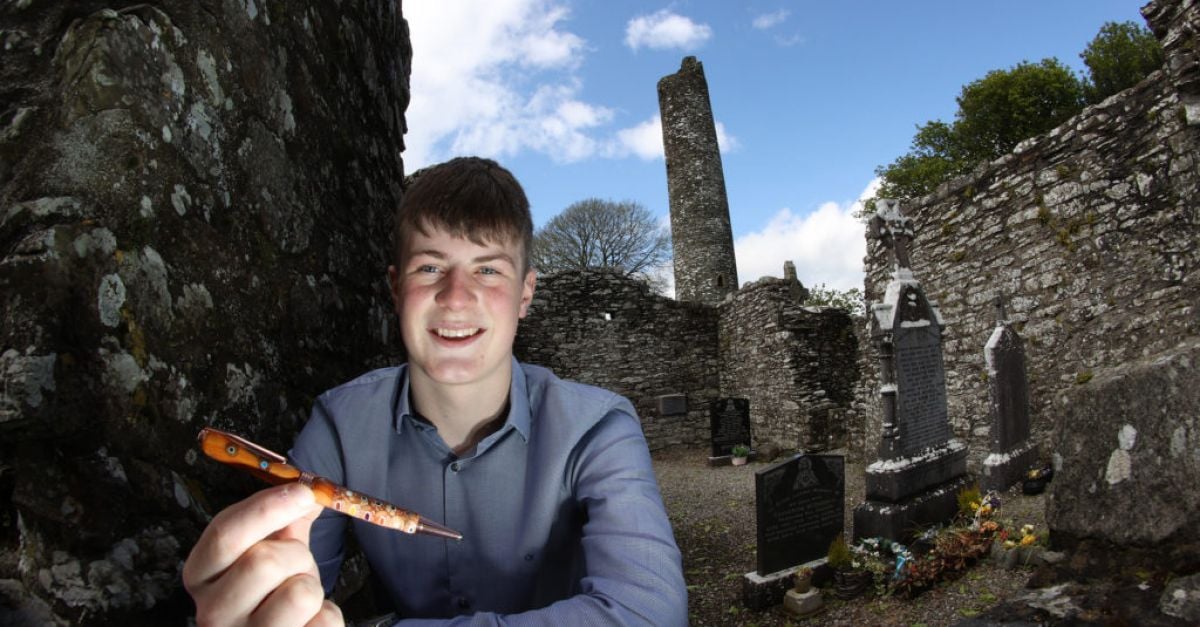 A 17-year-old from Co Louth has been names Foróige Youth Entrepreneur of the Year for his business producing handcrafted wooden pens.

Tadhg O’Brien was named the 2021 overall winner with his business Scriptorium Pens.

The pens are made using Irish tress, such as Beech, Ash, Irish Yew, and Irish Bog Oak, and are each individually turned, shaped, polished and finished. They are also eco-friendly due to their refillable ink cartridges.

Over 5,000 young people from around the country entered this year’s Foróige Youth Entrepreneur competition, with Tadhg fending off tough competition.

The process involved a series of local, county and regional rounds, before the top nine entrepreneurs pitched their businesses to the judging panel at the national final.

The Scoil Uí Mhuirí in Dunleer student will now represent Ireland at the European Youth Entrepreneur Awards in Switzerland next year.

Speaking after the win, Tadhg said: “I just can’t believe it. I’m delighted and so grateful to be given the opportunity to represent my county and Ireland at the European awards in Switzerland, plenty of more pens to be made before then though.”

In the Best Innovation category, 17-year-old Fiona Karkia from Co Sligo took the top spot with her design for a contactless traffic light system for pedestrians.

The Ursuline College student used BBC micro bit technology and PIR motion sensors to create the system, taking inspiration from her walks during the early stages of the pandemic, when she thought contactless road crossings would be a better option to avoid having to touch traffic light buttons.

“I’m in shock but I feel incredibly grateful to have had the opportunity to take part in the NFTE programme,” Fiona said.

“Over the last year I’ve learned about enterprise and I’ve learned loads about myself and what I’m capable of. I’ve been able to channel my creativity in such a positive way to benefit my community during this challenging time. It’s a huge achievement and you know what, I’m feeling very proud of myself,” she added.

This year’s judges included Clive Bellows and Des O’Donohoe from basis.poing, Paul Fagan from ActionCOACH, Declan Power from the Department of Education, Claire Byrne from Mastercard, and Alex Cooney from Cybersafe Kids.