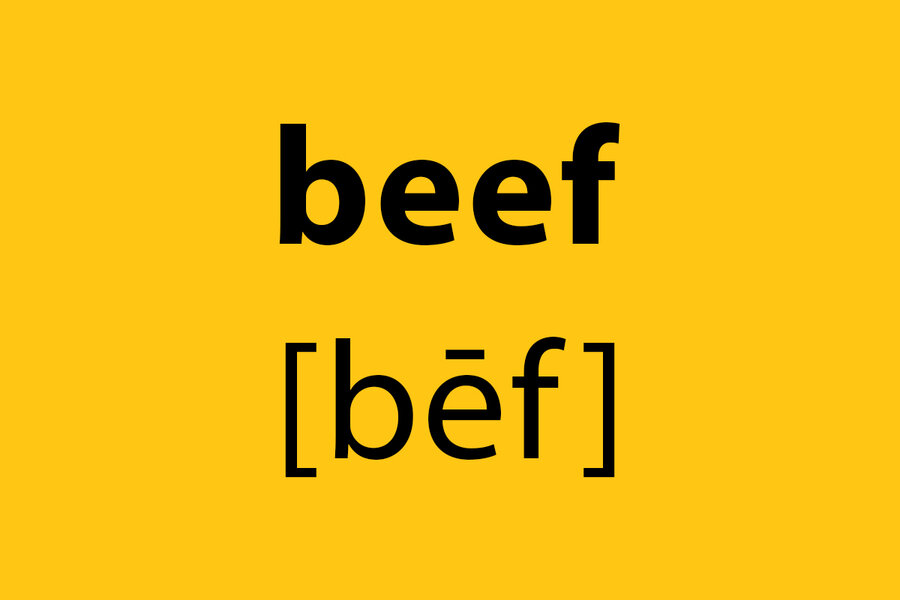 Sir Walter Scott’s 1819 novel “Ivanhoe” is remembered by linguists for its comments about the development of words. It takes place in England after the Norman Conquest of 1066, when the country’s Saxon inhabitants spoke English, and their new rulers spoke Norman French. In the book, the wise “fool” Wamba explains that when animals are alive in the field, they go by Saxon, i.e., Old English, names: swine, calf, ox. But when they are served as food, they get “converted into Normans”: pork (from the French porc), veal (veau), beef (boeuf). Each of these animals is “Saxon when he requires tendance, and takes a Norman name when he becomes matter of enjoyment.”

Norman French would add more than 10,000 words to the vocabulary of English. Many of these words were doublets (which we talked about last week), etymological twins or cousins of terms that already existed in Anglo-Saxon. These doublets came from the same Proto-Indo-European root, but took different paths on their journey into the English language. Cow and beef both derive from *gwou-, a PIE root that referred to all things bovine. In Proto-Germanic it became *kwon, and then cu in Old English. Down the Italic line, it turned into *gwo¯s, the Latin bos (which gave us bovine), and finally the French boeuf. When these linguistic cousins were reintroduced in the 12th century, cow remained the animal’s “field name”; beef was adopted as its fancier “food name.”

French doublets often have a higher register than their English counterparts. Wamba’s swineherd friend might have kept his pigs in a yard, originally an Anglo-Saxon word. But his Norman overlords would have cultivated gardens and attended court. All three of these terms derive from the same PIE root, *gher-, “to enclose,” but the French words are decidedly more elegant.

Fire is a good Old English word from the PIE *paewr-. This root also produced the hoity-toity prefix pyro-, which the Normans brought to England via Greek. Pyro– became well known in funeral pyre.

The low-high register pattern doesn’t always hold. Guest and host are equals, though the former is Old English and the latter a 13th-century French import. Both come from PIE *ghos-ti-, which referred to “the reciprocal duties of hospitality,” according to the American Heritage Dictionary.

And sometimes the doublets are so different that it’s hard to tell which one is more elevated. The root *gwei- (“to live”) became the Old English cwic (“alive”) and the Modern English quick (“speedy”). Down another branch, it evolved into the Latin vivus (“living”), which produced viper, so called because many of these poisonous snakes give birth to live young.

In Pictures: This Japanese artist wants you to see plants differently

Uncle Cliff, found in a cup of camomile tea

The melodious origin of ‘swan’ and ‘sonata’