The rockets were fired into from Gaza. The militant group was responding to violent clashes that broke out at the Al-Aqsa Mosque, the Dome of the Rock, in Jerusalem over the weekend and on Monday. Israeli commanders have said that the anti-tank missiles had been fired from Gaza. Meanwhile, the Gaza health ministry said nine Palestinians, including three children, were killed “in a series of strikes in northern Gaza”. It did not explicitly blame Israel for the deaths, in an area that has been a staging ground for militants’ cross-border rocket attacks.

Eyewitnesses have claimed to have heard three loud explosions.

The attack came after Hamas issued an ultimatum to Israel to withdraw security forces from Jerusalem’s Al-Aqsa Mosque.

Tensions between groups of Palestinians and Israeli security forces have been simmering since the start of Ramadan last month. 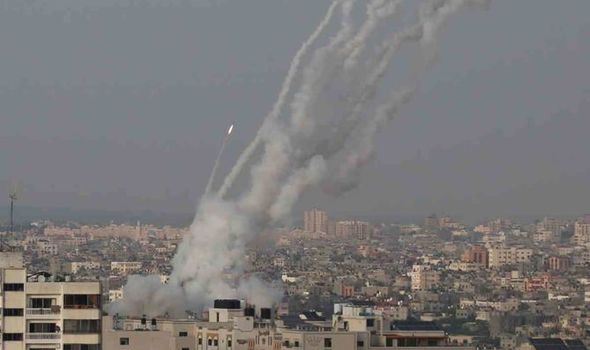 Israeli police have said: “An alarm has just been sounded in Jerusalem.

Some of the rockets fired by Hamas were intercepted by the nation’s Iron Dome missile defence system.

Incendiary balloons that have sparked dozens of fires in Israeli territory have also been floated over the wall enclosing Gaza. 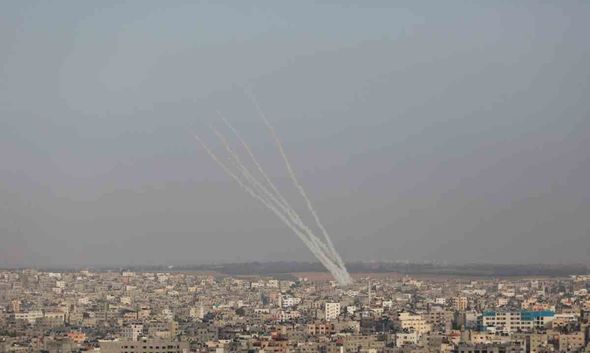 Israel’s army has now made a “situational assessment” and communities close to Gaza have opened up their bomb shelters.

Mr Netanyahu said: “We will uphold law and order.

“We will do this vigorously and responsibly.

He also said he would ensure the “freedom of worship for all faiths”.

A Middle East quartet of envoys from the European Union, Russia, the US, and the UN have all called for calm.

Pope Francis has urged for peace and restraint on both sides.

Malware attack on US pipeline linked to DarkSide criminal group