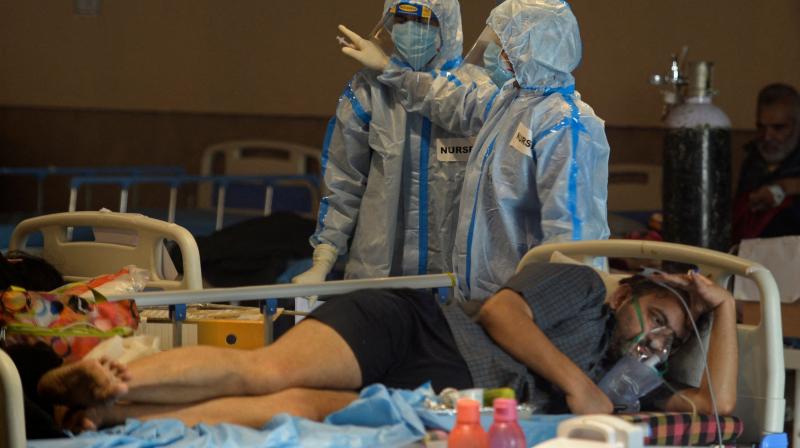 HYDERABAD: Telangana, like rest of the country, already struggling with ever-worsening Covid-19 situation; is sitting on another time bomb. Though there has been no official word from the state government yet on this emerging threat to lives of current and some recovered Coronavirus patients, mucormycosis – or Black Fungus infection – within this group of people is making some blind and taking lives of others.

“This may end up being the next big disaster,” says the former head of a large government hospital who, by virtue of being still in state government’s service, has chosen to remain anonymous.

Senior doctors from some large private hospitals in the city have realised the gravity of emerging situation. They are in hectic consultations with each other to figure out what led to sudden emergence of Black Fungus infections which, during pre-Covid times, had been a rarity.

“We are seeing more cases of this infection in TIMS, Gandhi, King Kothi, and Osmania hospitals,” the senior government doctor said. “If not addressed immediately and urgently, Black Fungus infections could turn into another disaster for the state,” the doctor warned.

According to unofficial estimates collected by this correspondent from several doctors of various hospitals, Hyderabad alone is seeing anywhere up to 10 or more cases of mucormycosis a day.

Caused by a fungus found everywhere – in soil, above false roofing, in construction dust because construction requires soil, and in vegetables and fruits that start rotting – mucormycosis, if detected early, can at best end with the patient suffering from a feeling of heavy head, blocked nose and fever.

If delayed, the fungus, which enters the human body through nose while breathing, begins to eat away anything inside the body – bones around sinuses, hard upper palate in the mouth, and then make way through blood vessels to the eyes.

“It eats through everything,” Dr Suneetha Nareddy told Deccan Chronicle. “And we are seeing more and more cases every day. But the drugs, which treat this infection and cost Rs. 25,000 a day, are in very much in short supply. It is becoming very hard to replenish their stock,” she said.

If the infection takes hold, the fungus begins to eat away the eyeball leaving no other option than to remove the infected eye and then hope for the best that it has not reached the brain. For once it enters the brain, chances of a patient recovering are very slim.

The first line of defence, along with administering drugs that can treat the condition, is to surgically drain the sinuses. Then begins the wait to see if it has worked. If not, then further debilitating surgical options, including excising the infected eye or upper palate may be called for.

Prevention:  Blood glucose level should be monitored post-Covid discharge. In those who are diabetic, steroids should be used judiciously with correct timing, dose and duration. Clean sterile water should be used in humidifiers during oxygen therapy; and proper use of antibiotics and antifungal medicines.

How Joe Biden could vaccinate the world

The puzzle of play

Siblings, oceans apart, support each other as medics on the COVID-19 frontlines