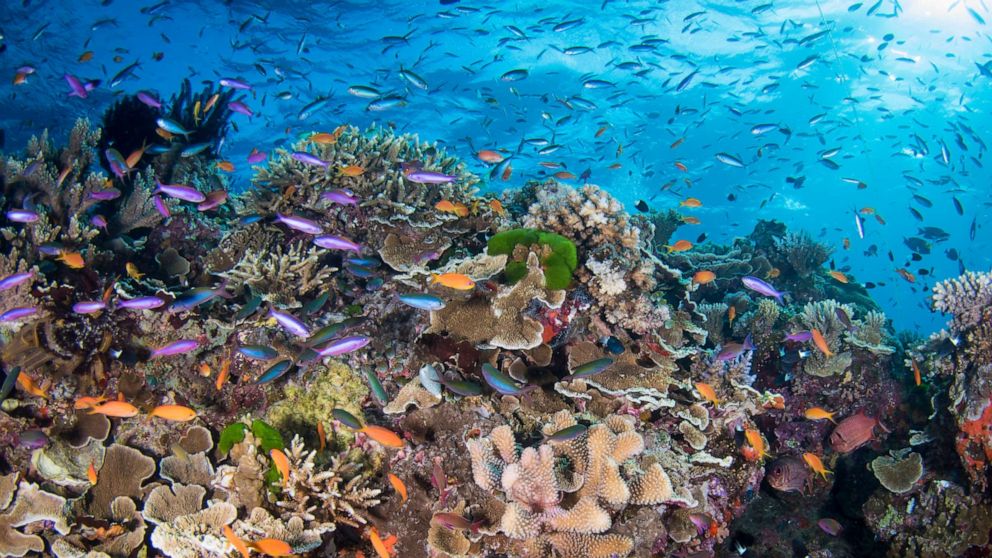 The fate of coral reefs around the world remains grim should global warming continue at its current rate, according to new research.

Coral reefs will stop growing in 80 years unless a significant reduction in greenhouse gases is achieved, a new study published Monday in the Proceedings of the National Academy of Sciences suggests.

A team of researchers led by Christopher Cornwall, a marine botanist at the University of Wellington in Australia, analyzed data from 183 reefs worldwide to estimate the effects of ocean warming and acidification, which are posing increasing threats to underwater ecosystems.

The calcifying coral reef taxa that constructs the calcium carbonate framework of the reef and cements it together are “highly sensitive” to ocean warming and acidification, the scientists said. Climate change affects both the abundance and the calcification rates, while ocean acidification, which is mainly caused by the burning of fossil fuels, also reduces the calcification rates.

Under the worst case scenario presented by the researchers, 94% of all reefs could erode by 2050. Under other scenarios, declines are projected to be so severe that reef production will cease by 2100, the researchers said.

Geographic location also played a role in production declines, with reefs in the Pacific Ocean faring better than more degraded coral reefs in the Atlantic Ocean, the researchers said.

The population declines are largely due to bleaching events, a process that occurs when water is too warm and the algae the corals expel from their tissues cause them to turn completely white.

The capacity for reef-building taxa to gain tolerance to marine heat waves and ongoing ocean warming and acidification over the coming decades is unknown, the scientists said.

If coral reefs stop growing, there would be negative effects on a vast array of biodiversity that reside in its ecosystems. The reefs also yield billions of dollars of revenue for fisheries and tourism around the world and protect tropical shorelines from hazards, such as storms, the researchers said.

Should sea levels continue to rise due to climate change, reefs will no longer be effective at protecting coastlines because the production will not be able to keep up with the amount of melting ice, Cornwall told ABC News.

“Our work highlights a grim picture for the future of coral reefs,” Cornwall said in an email.

“Rapid reduction” of carbon dioxide emissions is necessary to protect coral reefs, according to the study’s authors.

The findings highlight “the low likelihood that the world’s coral reefs will maintain their functional roles without near-term stabilization of atmospheric CO2 emissions,” the study states.

“The only hope for coral reef ecosystems to remain as close as possible to what they are now is to quickly and drastically reduce our CO2 emissions,” Cornwall said. “If not, they will be dramatically altered and cease their ecological benefits as hotspots of biodiversity, sources of food and tourism, and their provision of shoreline protection.”

Malware attack on US pipeline linked to DarkSide criminal group