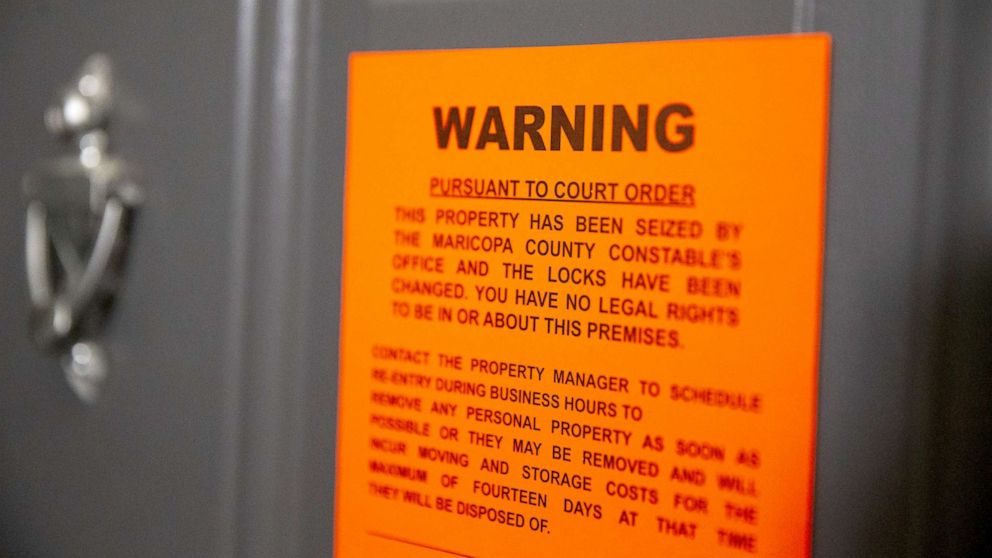 ​A D.C. district judge ruled Wednesday that the Centers for Disease Control and Prevention does not have the authority to uphold a federal eviction moratorium, which was put in place to prevent those behind on rent because of the pandemic from being evicted from their homes.

Judge Dabney Friedrich of the D.C. District Court ordered the CDC and the Department of Health and Human Services to vacate the eviction moratorium, which has been in place since last year.

Though Friedrich, a Trump-appointed judge, acknowledged the “serious health crisis” presented by the pandemic, she ruled that the eviction moratorium went beyond the CDC and HHS’s legal authority to control activities that could increase the spread of disease or infection.

“It is the role of the political branches, and not the courts, to assess the merits of policy measures designed to combat the spread of disease, even during a global pandemic,” Friedrich wrote. “The question for the Court is a narrow one: Does the Public Health Service Act grant the CDC the legal authority to impose a nationwide eviction moratorium? It does not.”

It was not clear whether the freeze on evictions would be immediately reversed. The Department of Justice has already appealed the judge’s decision and a spokesperson for the department said they’ll seek to prevent the moratorium from being lifted pending a ruling on the appeal.

Late Wednesday, Friedrich put on hold her ruling pending the Justice Department’s appeal. The judge gave those challenging the moratorium a week to file papers opposing the delay and the DOJ will have four days to respond to them.

Several courts have ruled on challenges related to the eviction moratorium with varying outcomes. In this case, an association of realtors brought their case against the CDC.

Diane Yentel, the CEO of the National Low Income Housing Coalition, said there are now numerous conflicting rulings related to the federal moratorium.

“While this latest ruling is written more starkly than previous ones, it likely has equally limited application impacting only the plaintiffs who brought the case or — at most — renters in the district court’s jurisdiction,” Yentel said.

While the legal battle continues, renters are stuck in the middle.

Homelessness and housing insecurity have been on the rise since the coronavirus pandemic left millions unemployed and unable to make rent. Some 10.7 million adults living in rental housing — 15% of adult renters — were not caught up on rent, according to data collected by the Center on Budget and Policy priorities in late March.

Congress took initial action to prevent evictions during the earliest stages of the pandemic, implementing an eviction moratorium as part of the massive bipartisan COVID-19 relief bill passed in March 2020.

Shortly after the congressional moratorium expired, the CDC stepped in, implementing their own freeze that kept renters housed through December. Congress extended that authority through January 2021 and the CDC has issued subsequent extensions since.

The federal eviction moratorium is currently set to expire on June 30, but the judge’s ruling Wednesday throws that date into question.

The Biden administration has always touted the eviction moratorium as a major coronavirus relief effort. The court’s decision would be a blow to their push to help disadvantaged communities.

“I understand the Department of Justice is reviewing the court’s decision and should have more to say later today,” Psaki said. “We also recognize of course, the importance of the eviction moratorium for Americans who have fallen behind on rent during the pandemic. A recent study estimates that there were 1.55 million fewer objections filed during 2020 than would be expected due to the eviction moratorium, so it clearly has had a huge benefit. We would expect that a response and any — of course — decision about additional action would come from DOJ and you may hear more from them today.”

HUD Secretary Marcia Fudge said Wednesday morning, however, that the administration had no intention to extend the moratorium past the June 30 expiration. She said those who fell behind on their rent and mortgages should be getting back on their feet.

“The resources that we put in to stop evictions, and to stop — I mean the moratorium on foreclosures on homes, we know that we have put enough money in the system through the Rescue Plan that people should come out of this June 30th at least current,” Fudge said. “And so that in itself is going to allow us hopefully to keep people in their homes.”

A reporter asked if that meant the administration would not extend past the June 30 expiration date and Fudge said, “As of this time I am not aware that we are.”

Congress has passed several tranches of rent relief, but advocates said that those funds have flowed slowly to those most in need.

Vincent Reina, an associate professor and faculty director of the Housing Initiative at the University of Pennsylvania, told ABC News that programs designed to distribute federal dollars are still finding their footing.

That’s why Yentel said the DOJ appeal of the judge’s ruling is critical.

“The Biden administration should continue to vigorously defend and enforce the moratorium, at least until emergency rental assistance provided by Congress reaches the renters who need it to remain stably housed,” Yentel said.

No lockdown, only increased care: KCR