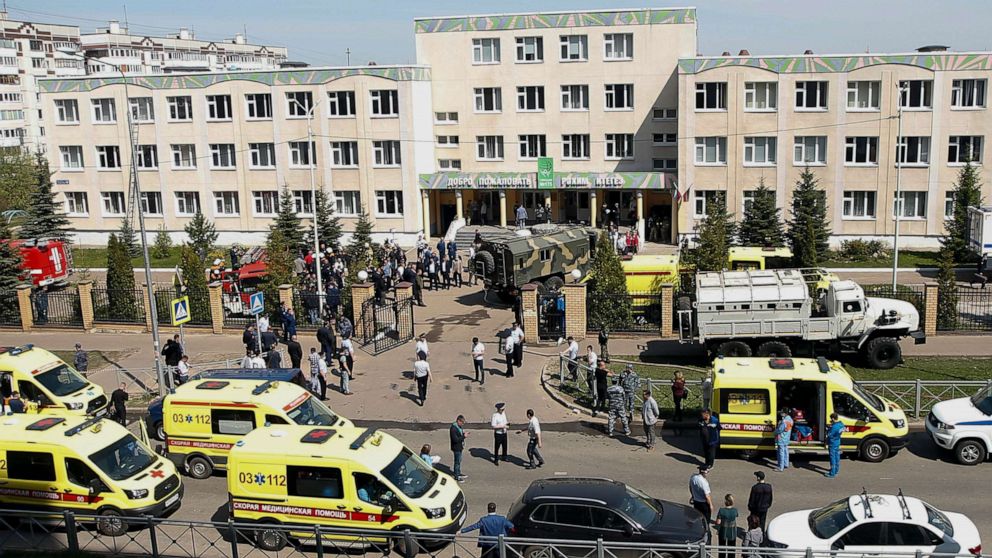 At least seven children and a teacher have been killed in a mass shooting at a school in the Russian city of Kazan, according to local authorities.

Police and emergency services descended on school no. 175 in the city after firing began there Monday while hundreds of children were in classes. Police said they have detained the alleged shooter, a 19 year-old man, at the school.

There were early conflicting reports suggesting there were two gunmen, but local authorities have since denied that and said he acted alone.

At least 18 more children have been hospitalized and 6 are in critical condition, regional health authorities have told Russian state media.

Russia’s Investigative Committee has said it has opened a criminal case into the shooting and that according to preliminary information the alleged 19 year-old gunman entered the school alone.

Russian media have found a channel on the Telegram messenger supposedly created by the alleged shooter a few days ago. A man in combat-style clothes poses in front of a mirror in photos posted on the channel and refers to himself as “God”, promising to soon kill “a large number of bio-trash.” Authorities have not yet confirmed if the individual in the photos is the alleged shooting suspect.

Tatarstan’s President Minnikhanov said it appeared the shooter had a gun license.

Mass school shootings are very rare in Russia and this is already one of the most deadly.

President Vladimir Putin has expressed his condolences to the victims of the attack and has ordered Russia’s government to immediately begin work on tightening regulations around gun ownership, according to a Kremlin spokesman.