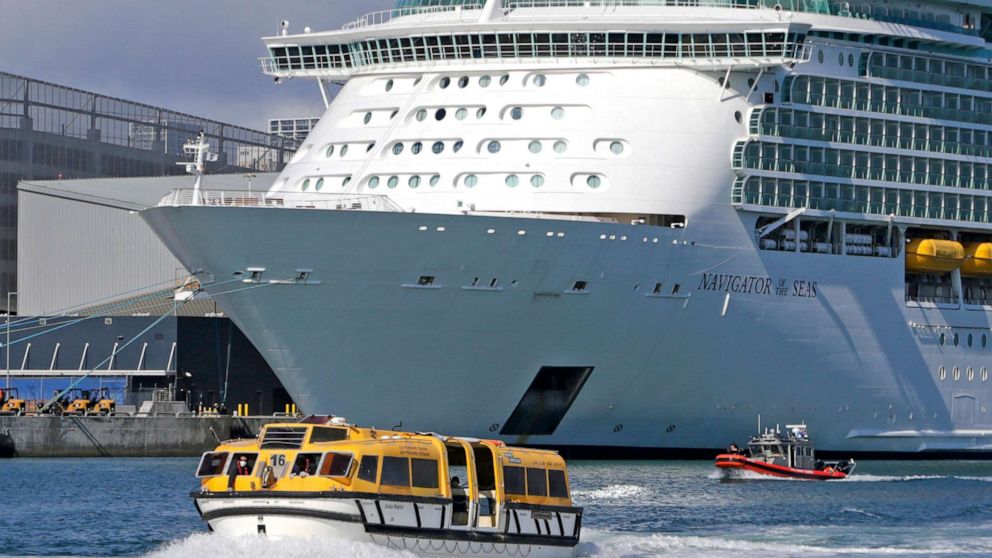 Cruise lines are racing to get their thousands of crew members vaccinated after the Centers for Disease Control and Prevention announced a potential return to sailing timeline that would have ships back in the water with paying passengers as early as mid-July.

Since March 2020, the CDC has blocked cruise ships that carry more than 250 people from sailing in U.S. waters. The agency announced last week that it will allow cruise companies to bypass previously required simulated voyages if a ship attests that 98% of its crew and 95% of its passengers are fully vaccinated.

U.S. ports have since transformed into vaccination sites with ships docking in Miami, Galveston, and Port Canaveral to get their crew members inoculated.

Within a week 1,300 Royal Caribbean crew members have been vaccinated at Port Miami alone, according to a spokesperson for the cruise line.

The ports are just as eager for cruising to return as the cruise lines.

Peter Cranis, executive director of the Space Coast Office of Tourism, said Port Canaveral has lost about $90 million in revenue over the past year. He watched as workers were laid off who worked around the port.

The first ship to bring crew to get vaccinated this week was a sign of hope for Cranis, and he said there are more on the way.

“We are thrilled that the preparations to get back to cruising have begun,” Cranis told ABC News. “Getting back to cruising by this summer represents thousands of jobs and millions of dollars so the sooner it happens, the better.”

Cruise Critic editor-in-chief Colleen McDaniel said she believes cruise lines will take a phased approach to return with few ships at the start, fewer crew on board, and fewer passengers.

“There is going to be that phased-in approach but also they want to be able to get up and going as fast as possible,” McDaniel said. “Having a fully vaccinated crew means that they’re able to get to some of the things specified by the CDC and the conditional sail order regarding training and exercises around that training, and so getting that done just really opens the door to a faster safe return.”

After the crew is fully vaccinated cruise lines can start training crew on all of the new COVID-related protocols.

“There are going to be new rules in place that ultimately are going to change what they need to do,” McDaniel said. “Even the muster drill which is a big part of what crew training has been in the past is a totally different process now. It’s virtual for almost every line.”

In lieu of requiring such a high percentage of vaccinations, cruise lines also have the option to gain approval from the CDC by conducting simulated voyages with volunteer passengers.

On Wednesday, the CDC outlined that cruise lines that choose this route must conduct at least one test sailing that lasts from two to seven days with at least 10% passenger capacity.

The volunteers must also be 18 or older, and if they aren’t fully vaccinated they must have written documentation from a health care provider or self-certify that they aren’t at heightened risk for COVID-19. Additionally, they must agree to be evaluated for COVID-19 symptoms before boarding the ship and take a COVID-19 test three to five days after the test cruise ends.

As pandemic shifts, so does some Americans’ view of it