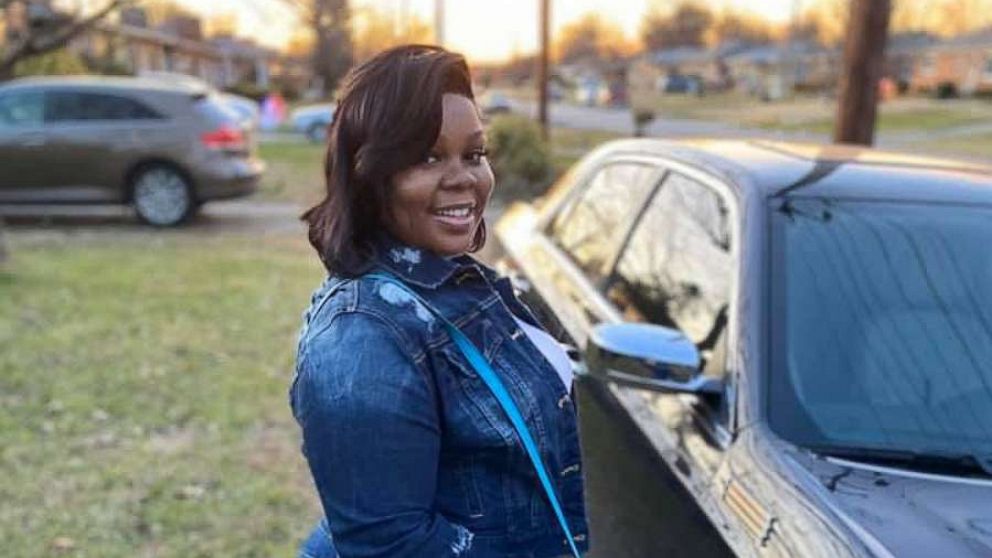 Newly released documents from an internal probe into the fatal shooting of Breonna Taylor shows two investigators determined that none of the officers involved in serving a 2020 narcotics warrant at the 26-year-old’s apartment should have fired their gun, but the findings were contradicted by senior officials in the Louisville Metro Police Department, according to a new report from two investigators.

Sgt. Andrew Meyer of the police department’s Professional Standards Unit determined in a preliminary report dated Dec. 4 that the three officers involved in the March 13, 2020, shooting should have held their fire after Taylor’s boyfriend, Kenneth Walker, shot one of them, according to the documents obtained by ABC News.

“They took a total of thirty-two shots, when the provided circumstances made it unsafe to take a single shot. This is how the wrong person was shot and killed,” Meyer wrote, according to the report.

Meyer made a preliminary finding that Louisville police Sgt. Jonathan Mattingly, who was shot in the leg during the incident, and former officers Myles Cosgrove and Brett Hankison all allegedly violated department use-of-force policy by ignoring the significant risk of hitting someone who did not pose a threat, the internal report reads.

In his preliminary report, Meyer wrote that deadly force should only have been used against Walker, the person who presented a deadly threat by firing one shot at a team of officers who rammed down Taylor’s door and entered the apartment to serve the warrant.

Mattingly, according to Meyer’s report, “should not have taken the shot” because Walker, who had a permit to carry a handgun, wasn’t a clear, isolated target after he ducked into a back bedroom at the end of a dimly lit hallway.

“Ms. Taylor’s safety should have been considered before he (Mattingly) returned fire,” Meyer wrote.

While Walker was not injured in the shooting, Taylor was shot six times, including at least once by Mattingly, according to Meyer’s report.

An FBI ballistics report found that Cosgrove fired the fatal shot, while Hankison, who was standing outside the apartment, fired 10 errant rounds through a sliding glass patio door that had the blinds drawn.

Hankison was the only officer indicted on criminal charges in the shooting, but not for Taylor’s death. Hankison was charged with three counts of wanton endangerment in the first degree because bullets he allegedly fired missed Taylor but penetrated a wall of the residence and entered a neighboring apartment occupied by a child, a man and a pregnant woman.

Hankison pleaded not guilty to the charges in September and is awaiting trial.

While Cosgrove and Hankison were both fired for violating police department policy stemming from the shooting, Mattingly was cleared of wrongdoing by former interim Louisville police Chief Yvette Gentry, who overruled Meyer’s recommendation that all three officers face discipline for violating department policy.

Gentry wrote in a memo that Mattingly identified Walker as having a gun in his hand, posing “an immediate threat of death or serious injury to an officer.”

“Sergeant Mattingly’s actions therefore need to be examined through the lens of what he reasonably believed at the time he discharged his weapon at an identified threat, at the end of a dimly lit hallway, after being shot himself,” Gentry’s memo reads.

Gentry, who came out of retirement to fill the position of interim chief, retired again in January when former Atlanta police chief, Erika Shields, was appointed to be Louisville’s new top cop.

As a civilian, Gentry released a statement on Friday defending her decision.

“I fired people that some believe should have been suspended, I reprimanded people some people (said) should have been exonerated and I overturned what was believed was not appropriate for the situation,” Gentry said.

Gentry, however, added, “I still believe in my soul Breonna Taylor should be alive.”

The Louisville Metro Police Department did not comment on Meyer’s report.

Mattingly, 48, informed the police department in April that he plans to retire on June 1, according to a department spokesperson.

Kentucky State Attorney General Daniel Cameron determined that Cosgrove and Mattingly were justified in their use of deadly force because Walker fired the first shot. Due to that finding, Cameron said prosecutors did not recommend homicide charges to the grand jury.

“Had the officers did as they were trained, they would have retreated,” Baker told WHAS. “According to this investigator, it didn’t justify any shots because they couldn’t assess the threat,” Baker told WHAS. “It’s disappointing that Chief Gentry went against the recommendation of the investigators. Only she knows the reason that she did that.”

Mattingly and the other officers involved in serving the “no-knock” search warrant obtained in an investigation of Taylor’s ex-boyfriend, Jamarcus Glover, claimed they knocked and announced themselves before bursting into the apartment. But Walker and multiple neighbors in the area said they never heard officers knock or announce themselves.

Walker told ABC News in October that he thought intruders were attempting to break in and that going through his head was, “Protect Breonna, protect myself.”

Mattingly’s attorney declined to comment on the new development.

In an interview with ABC News in October, Mattingly said that as soon as he entered the apartment and turned a corner to the hallway, “my eyes went straight to the barrel of this gun.” He said within “milliseconds” he felt a burning sensation in his leg.

“As soon as I felt the smack on my leg and the heat, I — boom, boom — returned four return shots, four shots,” he said, adding that he fired two additional rounds as the shooter rushed into a bedroom.