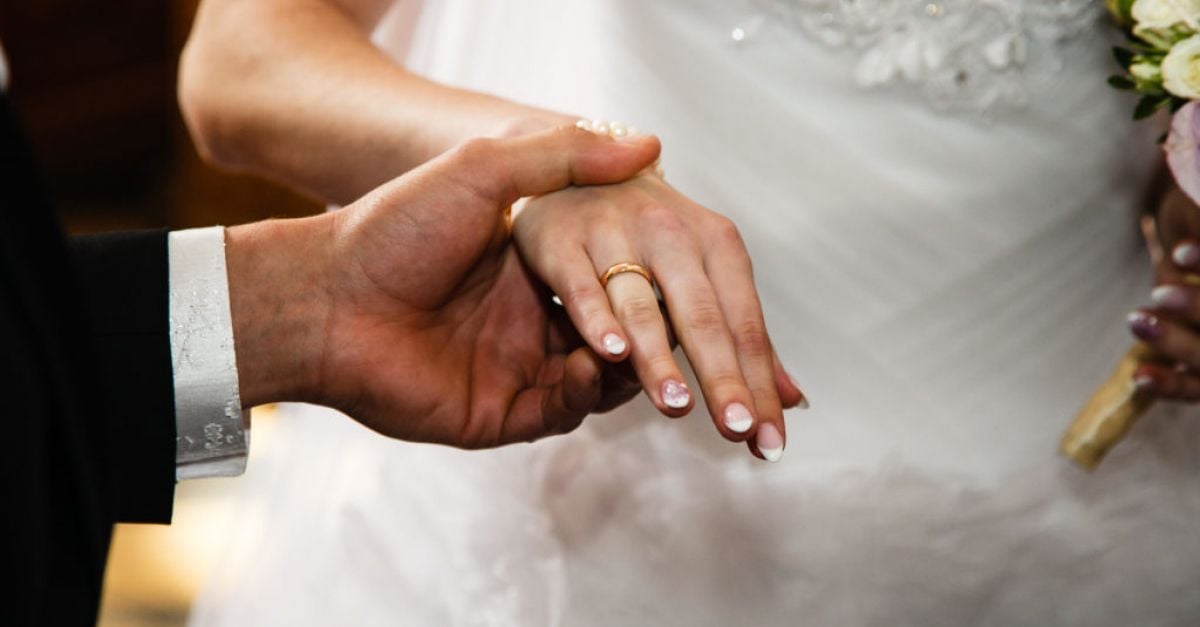 After a year of half of delays, constantly-shifting guest lists, and apologetic group emails, it’s fair to say Covid has created a lot of pent up marital energy. There are a lot of couples looking to finally get hitched, and a lot of venues hoping to supply the demand, from grand country mansions to humble registry offices.

Among them, will be the department store Selfridges, which has obtained a wedding licence to host ceremonies in its Oxford Street store in London. It’s not the only alternative offering for quirkier couples – here are some of the weird and wonderful places you can book to get married…

It may not have the most romantic name, nor the most romantic history, but Spitbank Fort can’t be matched for intimacy and privacy. A World War-era sea fortress-turned-luxury island retreat, Spitbank serves up a ceremony hall in the Crow’s Nest, an impressively cavernous wine cellar, and a honeymoon suite that entirely belies the military exterior.

Fancy a wedding day wander through the giraffe enclosure, or a glass of prosecco by the penguin pool? While the ceremony itself tends not to be animal adjacent, at London Zoo, the rest of your wedding day can be.

The oldest vessel in Scotland, wooden warship HMS Unicorn first set to sea just after the Napoleonic Wars, and is considered by some to be best-preserved boat of its type anywhere on Earth. A common hire for weddings, the ceremony takes place below deck, with plenty of space for dancing in between the rows of cannons.

Extremely innovative weddings planners, the staff at the Wookey Hole Caves in Somerset serve up ceremonies everywhere except ground level. Couples can make their vows in candlelight in one of the three chambers, or, as a pair of circus performers did in 2015, get hitched on high wires above the entrance.

Look up the word ‘picturesque’ in a dictionary, and you may very well find a picture of Portmeirion. Designed by architect Clough Williams-Ellis in the style of an Italianate village, the pastel-coloured cottages and exotic flora are a wedding photographer’s dream.

Yes, it is technically a church, but a 17th century one with no windows or roof – reportedly because they were destroyed by Oliver Cromwell. Crumbling ruins often conjure a strangely romantic setting – particularly complete with a minister, a wedding ring and some vows.

Concert venue by night, wedding location by day, the Belfast Empire Music Theatre stages sumptuously cinematic ceremonies that beautifully blend grandeur with intimacy. The minister is the compere, the guests are the audience, and the bride and groom are the band.

Ever fancied tying the knot beneath a 25.2 metre whale skeleton? Nope, hadn’t occurred to us either, but the majestic Hintze Hall is one of 12 different galleries offered as wedding spaces by London’s Natural History Museum. Other options include the open air Darwin Courtyard, or Earth Hall, alongside the most intact stegosaurus fossil ever found.

In 2015, happy couple Colette and Martyn shared an unusual treetop wedding, becoming the first people to get hitched at a branch of treetop adventure operators Go Ape. The pair took romance to new heights by enjoying a pre-service zipline, and exchanging vows on a platform high among the trees.

Do you have any good news?

How houseplants can make you feel like you are abroad