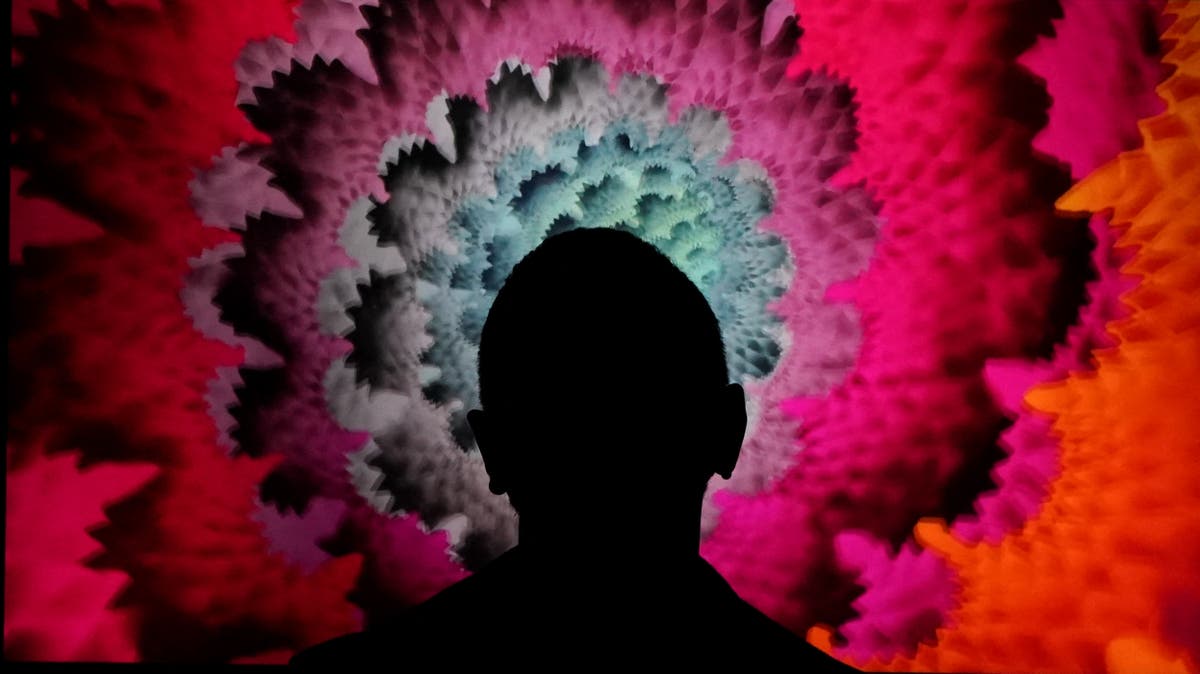 handful of auctions this month testing the appetite for a type of investment known as NFTs seemed likely to prolong the new fad for ownership of works that exist only in the digital world. Missing from those transactions, however, were the blue-chip collectors who typically drive the art market’s sales.

Industry experts have observed a growing wedge between a new generation of digital speculators and an older school of art collectors who say their concerns about the quality, ownership and authenticity of NFTs have gone unresolved, even as their fears of legal challenges grow.

More than a dozen collectors interviewed for this article said that NFTs raise copyright and other issues that sellers and buyers have not fully thought through. “Absolutely none of my clients are buying NFTs,” says Lisa Schiff, an art adviser in New York. “I have people curious, but we are waiting to let the dust settle first.”

NFTs, or non-fungible tokens, have taken off in music, art and sports, created and sold in marketplaces for crypto-goods with names like Rarible and OpenSea, or in collaboration with auction houses. Sotheby’s made its initial push into the market this month with a three-day auction of NFTs by an anonymous artist known as Pak. A flurry of blockchain bidding pushed the total price to about $17m (£12m) – paid through the digital platform Nifty Gateway with Ethereum cryptocurrency and credit cards — for 6,150 minted NFTs. One work, a single grey pixel, sold for more than $1.35m after a prolonged bidding war.

Phillips auction house also recently sold its first NFT, by artist Michah Dowbak, who goes by the name Mad Dog Jones, for $4.1m, including premiums, to an anonymous bidder new to the auction house.

Those sales amounted to drops in the bucket compared with Christie’s March sale of an NFT by artist Beeple for nearly $70m. But Max Moore, the Sotheby’s specialist who led the Pak sale, argues that the mission was “about establishing connections with this new audience around NFTs”.

“They are primarily younger and more digitally native than other collectors,” he explains. “We wanted to establish an understanding of what is defining their taste and collecting style.”

With more than 3,000 participating buyers, Moore declared his experiment a success. But the hordes of traditional collectors who have defined the contemporary art market’s ups and downs have held back.

Some collectors question the idea of owning art without exclusivity. “Why pay $69m for something anyone can see online?” says Peter Kraus, chairman and chief executive of Aperture Investors, a New York advisory firm, who collects with his wife, Jill, a trustee at the Museum of Modern Art. Their acquisitions include one of six existing versions of The Clock, Christian Marclay’s 24-hour-long video collage showing thousands of clips from movies throughout history.

“Scarcity is worth something; it’s about owning something that you think is beautiful and can’t be seen in anybody else’s house,” Kraus adds. “There has to be some clarity around what it is that you are owning as a collector.”

The Belgian investment banker Alain Servais has acquired works by digital artists, including Rafael Rozendaal, that are typically shown on websites that the buyer owns. With NFTs, on the other hand, control of the work is usually decentralised on the blockchain, with a purchaser receiving a digital receipt, called a token – but the rest of the world can still look on.

Servais criticises NFTs for their “enormous unsolved copyright issues and security challenges” in the marketplace and points to two recent setbacks that highlight the uncertainties of NFTs for collectors.

The first occurred this month when the popular artist Takashi Murakami – who had rushed to embrace NFTs after the Beeple sale by releasing a set of pixel works based on his signature smiley flowers – announced on Instagram that he was withdrawing his NFTs from OpenSea for the time being to “further explore the optimal format” and ensure his collectors’ “satisfaction and sense of security in owning the works”.

Analysts say that Murakami may have been smart to take a moment to reconsider how NFT artworks might affect previous collectors of his paintings and sculptures. William Goetzmann, a professor of finance and management studies at Yale University, says established artists should balance exposure and exclusivity.

“I can see a risk for established artists who expose themselves to this new market where the rules aren’t clear,” Goetzmann says. “If the prices of NFTs stumble along at fairly low values, that would scare people away from collecting your other works.”

Around the same time, the NFT market’s vulnerabilities were being tested by a hacker operating under the pseudonym Monsieur Personne, who produced a “second edition” of Beeple’s record-selling work. The hacker registered the forgery with the blockchain as though Beeple himself had minted it. The NFT was listed on Rarible and OpenSea, both of which eventually deactivated the posts.

Legal experts are quick to point out that questions of copyright and fraud in the NFT market have not been tested in the courts, creating an element of unknown risk for collectors.

“It’s the Wild West,” says Nelson Rosario, an intellectual property lawyer in Chicago who specialises in the cryptocurrency exchange. He adds that NFT purchasers often receive different rights over an image than they might expect with a traditional painting or sculpture. The international nature of blockchains, which often have nodes – the machines validating information – located around the world, also raised questions of whether countries would recognise the copyright rights provided in the terms of an NFT sale.

“If you want a high degree of confidence, then you will have to pay way too many lawyers,” Rosario says. “Many NFTs are stored on the Ethereum blockchain, which has nodes in almost every jurisdiction on the planet.”

With the scope of risk unclear and the market’s future uncertain, Servais worries that the digital artists he has collected for years could “end up looking like last year’s bad fashion trends” and devalue their previous work if they embrace NFTs.

He and other collectors also worry about the NFT’s reliance on digital platforms that are still considered startups. If those companies ever disappear, the links to NFTs they host might also vanish. “If you introduce an intermediary between you and the blockchain, and the intermediary goes down, you are in trouble,” Servais says.

Curiously, the artists don’t share these concerns. Rozendaal, who started his career in the early 2000s by turning websites into art objects and selling their domain names, now sees NFTs as the next logical step.

With NFTs, “the big appeal is digital permanence”, he says in an email. He and others point to the vanishing of art created in the 1990s as earlier internet hosting systems have become obsolete. By parking his works in non-fungible tokens on the blockchain, Rozendaal says, he no longer spends his days worrying about server maintenance and domain access. It also helps that minting NFTs is incredibly quick, taking only about 10 minutes.

He has released four works over the last month, receiving nearly $360,000 in cryptocurrency for the highest-selling piece, Deep Blue — a far cry from the $10,000 he typically makes per work.

“The internet is evolving and blockchain is the next step,” the artist says. “I cannot predict the future, but as I see it now, I will be making NFTs for decades.”

Rozendaal has not collected any NFTs himself. Nor have many other artists who are minting digital tokens but are cautious about investing themselves in what they admit could be a passing fad. And in such a new market, some collectors see the art offered through NFTs as too low-quality to acquire.

“There is no challenge whatsoever in NFT art,” says Pedro Barbosa, a Brazilian collector who is used to buying conceptual artworks that sometimes have no physical form.

“The ideas being explored by Pak, for example, have been around for more than 100 years,” Barbosa adds. “The geometric abstraction he is selling has already been explored by artists like Josef Albers, Laszlo Moholy-Nagy and Marcel Duchamp.”

But some industry watchers argue that the Beeples of today could be the Warhols of tomorrow.

“I remember my parents being fascinated when popular lowbrow images were suddenly being treated as art or collectibles with the advent of pop art,” says Goetzmann, the professor. “Maybe we are seeing a similar phenomenon with NFTs – but it could be a bridge too far for people with collections in other media.”

In the meantime, artists and their dealers are marching ahead with their plans to conquer the new digital market.

This month, Urs Fischer sold his first NFT for $97,700; Pace Gallery will facilitate the artist’s future drops on the blockchain in May after his dealers at Gagosian Gallery declined to participate. Marc Glimcher, Pace’s chief executive, says through a representative that he believed NFTs are here to stay. The gallery plans on accepting cryptocurrency for physical artworks in the fall and is working with more artists on future NFT collaborations.

Volta Art Fairs also has plans for NFTs in its programming. Kamiar Maleki, who directs the company, says he anticipates being one of the first art fairs to exhibit non-fungible tokens in a gallery setting coinciding with Art Basel in September.

“There is a sense that a parallel art market is emerging that comprises a new set of artists and a new set of collectors,” says Tina Rivers Ryan, a curator at the Albright-Knox Art Gallery in Buffalo with expertise in digital art. “But the $69m question is whether this is going to become another hype cycle like virtual reality was in 2016 or like Net art was before the dotcom bubble burst in 2001.”

Schiff, the art adviser, says that the widening gap between the traditional art collector and new speculators of non-fungible tokens could be a good thing: NFTs might attract speculators away from the contemporary art market, where they are often criticised for quickly reselling their work for an easy return on investment.

“It’s better for everyone if you can get speculators off physical art and on to NFTs,” she says. “They don’t have to lie. They don’t have to store the art. They won’t get screamed at for putting it up for auction a few years later. It could be a good way for the market to settle itself.”

Why is dogecoin so hard to buy?