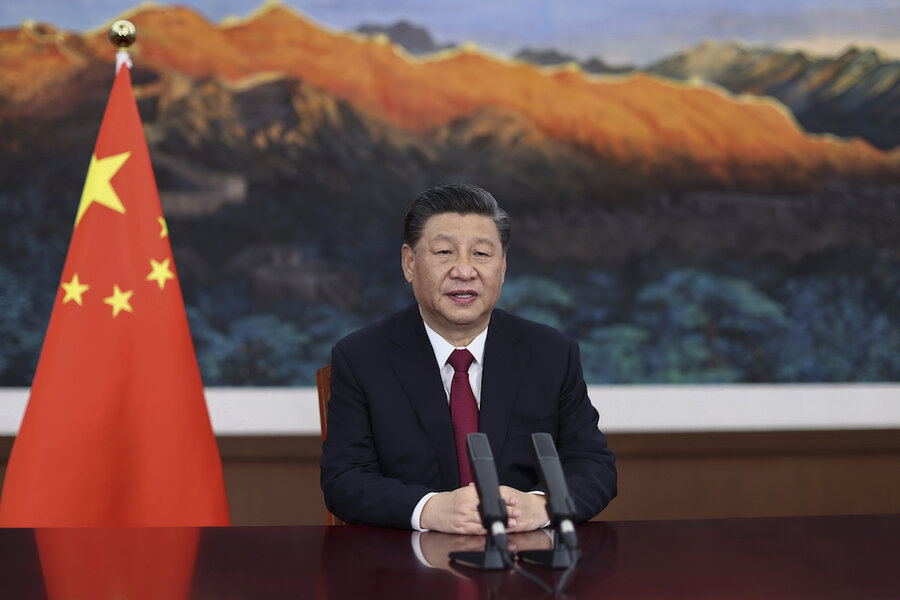 Liu Xiaoming, who recently stepped down as China’s ambassador to the United Kingdom, is one of the party’s most successful foot soldiers on this evolving online battlefield. He joined Twitter in October 2019, as scores of Chinese diplomats surged onto Twitter and Facebook, which are both banned in China.

Since then, Mr. Liu has deftly elevated his public profile, gaining a following of more than 119,000 as he transformed himself into an exemplar of China’s new sharp-edged “wolf warrior” diplomacy, a term borrowed from the title of a top-grossing Chinese action movie.

His stream of posts – principled and gutsy ripostes to Western anti-Chinese bias to his fans, aggressive bombast to his detractors – were retweeted more than 43,000 times from June through February alone.

But much of the popular support Mr. Liu and many of his colleagues seem to enjoy on Twitter has, in fact, been manufactured.

A seven-month investigation by the Associated Press and the Oxford Internet Institute, a department at Oxford University, found that China’s rise on Twitter has been powered by an army of fake accounts that have retweeted Chinese diplomats and state media tens of thousands of times, covertly amplifying propaganda that can reach hundreds of millions of people – often without disclosing the fact that the content is government-sponsored.

More than half the retweets Mr. Liu got from June through January came from accounts that Twitter has suspended for violating the platform’s rules, which prohibit manipulation.

But Twitter’s suspensions did not stop the pro-China amplification machine. An additional cluster of fake accounts, many of them impersonating U.K. citizens, continued to push Chinese government content, racking up over 16,000 retweets and replies before Twitter kicked them off late last month and early this month, in response to the AP and Oxford Internet Institute’s investigation.

This fiction of popularity can boost the status of China’s messengers, creating a mirage of broad support. It can also distort platform algorithms, which are designed to boost the distribution of popular posts, potentially exposing more genuine users to Chinese government propaganda. While individual fake accounts may not seem impactful on their own, over time and at scale, such networks can distort the information environment, deepening the reach and authenticity of China’s messaging.

“You have a seismic, slow, but large continental shift in narratives,” said Timothy Graham, a senior lecturer at Queensland University of Technology who studies social networks. “Steer it just a little bit over time, it can have massive impact.”

Twitter, and others, have identified inauthentic pro-China networks before. But the AP and Oxford Internet Institute investigation shows for the first time that large-scale inauthentic amplification has broadly driven engagement across official government and state media accounts, adding to evidence that Beijing’s appetite for guiding public opinion – covertly, if necessary – extends beyond its borders and beyond core strategic interests, like Taiwan, Hong Kong, and Xinjiang.

Three-quarters of Chinese diplomats on Twitter joined within the last two years.

The move onto Western social media comes as China wages a war for influence – both at home and abroad – on the internet, which President Xi Jinping has called “the main battlefield” for public opinion.

Mr. Xi has reconfigured China’s internet governance, tightening controls, and bound Chinese media ever more tightly to the party, to ensure, as he said in a 2016 speech, that the media loves, protects, and serves the party.

That intimacy was formalized in 2018, when the party consolidated administrative control of major print, radio, film, and television outlets under an entity it manages, the Central Propaganda Department.

Like other nations, China has recognized the value of social media for amplifying its messaging and reinforcing its hold on power. But unfettered access to Western social media has given Beijing a unilateral advantage in the global fight for influence.

“It’s creating a significant challenge for Western democracies. We don’t have the same capacity to influence international audiences given that China has walled off its internet,” said Jacob Wallis, a senior analyst at the Australian Strategic Policy Institute’s International Cyber Policy Centre. “That creates a significant asymmetric advantage.

In early February, China’s state news agency Xinhua published a “fact check” of 24 “lies” it said anti-China forces in the West had been spreading about Xinjiang, where China stands accused of genocide for its brutal, systematic repression of minority Uyghur Muslims.

According to Xinhua, the real problem in Xinjiang is not human rights, but Uyghur terrorism. Beijing has brought stability and economic development to its restive western region, and information suggesting otherwise has been fabricated by United States intelligence agencies, a racist scholar, and lying witnesses, Xinhua said.

The story was picked up by other Chinese state media outlets, amplified by China’s foreign ministry at a press conference, and blasted across Twitter by the foreign ministry and Chinese diplomats in the U.S., India, Djibouti, Canada, Hungary, Austria, Tanzania, Kazakhstan, Jordan, Liberia, Grenada, Nigeria, Lebanon, Trinidad and Tobago, Qatar, and the U.K.

From there, it was further amplified by devoted but mysterious fans – like gyagyagya10, whose account pushed out an identical quote-tweet and reply, within seconds, to a message about Xinjiang posted by China’s Embassy in London, writing “Ethnic groups in China are well protected, no matter in economic aspect or in cultural aspect.”

This is the ruling Communist Party’s global propaganda machine in action: Messages set by key state media outlets and the Ministry of Foreign Affairs get picked up by Chinese diplomats around the world, who repackage the content on Twitter, where it is amplified by networks of fake and suspicious accounts working covertly to shape public discourse for the benefit of China’s ruling Communist Party.

Gyagyagya10, who had a single follower, was part of a network of 62 accounts dedicated to amplifying Chinese diplomats in the U.K. that Marcel Schliebs, the Oxford Internet Institute’s lead researcher on the project, found exhibited multiple patterns suggesting coordination and inauthenticity.

“We are also aware of concerns about some of the Twitter rules,” China’s Embassy in the U.K. said in a statement to AP. “If it is against the rules of social media to retweet the Chinese Embassy’s tweets, then shouldn’t these rules be more applicable to retweets of malicious rumors, smears, and false information against China? We hope relevant companies will not adopt double standards.”

In practice, China’s network on Twitter amplifies messaging set by central authorities, both for domestic and global consumption, as diplomats translate, repackage, and amplify content from the Ministry of Foreign Affairs and key state media outlets, network analysis and academic research show.

Within China, manipulation of online discourse has been effectively institutionalized. It remains to be seen how aggressive – and how successful – China will be in implementing its model of public opinion guidance on Western social media, which was founded on very different civic values, like transparency, authenticity, and the free exchange of ideas.

For-profit companies also contract with government agencies to run coordinated networks of social media accounts, both human and automated, to help “guide public opinion,” according to Mareike Ohlberg, a senior fellow at the German Marshall Fund’s Asia Program, and Jessica Batke, a senior editor at ChinaFile, an online magazine published by the Asia Society. They pored over thousands of Chinese government procurement notices to identify tenders for such services.

“This is just a natural extension of what the party has been doing at home for a very long time,” Ms. Ohlberg said. “Why would they change that model once they go abroad?”

After 100 days of military rule, what lies ahead for Myanmar?

Will there be any Muslims left among the Chinese Uyghurs?

Despite surveillance, Uyghurs around the world speak out online

Orchid Island became Taiwan’s tourist hotspot. Does it want to be?