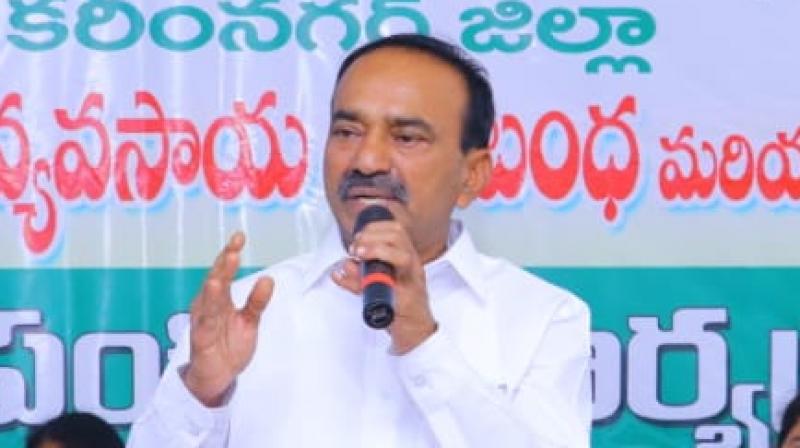 HYDERABAD: The state’s political circles are hotly engaged in debating the Etala Rajendar episode and on its part the state government has constituted committees to probe into encroachment of assigned and endowment lands by politicians and private persons.

Ironically, the BJP’s state unit has been maintaining silence on the issue. Only once did state unit chief Bandi sanjay react whereupon he made allegations against several ministers and their involvement in similar excesses. No other BJP leader has made any comment, one way or the other.

Meanwhile, it was the Congress that raked up the Devarayamjal endowment land issue and held a protest at minister Ch Malla Reddy’s hospital, which allegedly has come up on lake lands. The party’s senior leaders like TPCC chief N. Uttam Kumar Reddy and those from NSUI accused several ministers of having grabbed assigned and endowment lands.

The silence of the BJP leadership is being questioned by its own party leaders. Sources said that the leadership feels that the Etala episode was purely a TRS issue. But two former ministers stated that the party unit needs to respond as it was not just a TRS internal subject.

They said that they should seek clarification from Chief Minister K. Chandrashekar Rao on how he intends to handle the precarious Covid situation after taking over the health portfolio.

They said that it was a good opportunity to attack the state government’s failure in keeping track of land-grabbers in the garb of ministers.

BJP old-timers believe that the party should not let go the advantage and fight the government's negligence and cheap politics being indulged in by ruling party leaders during the Covid crisis. They felt that the BJP should demand a CBI inquiry into the entire sordid episode.

Incidentally, Congress has reportedly taken a forward step by urging Etala, who is an influential BC leader, to join the party.