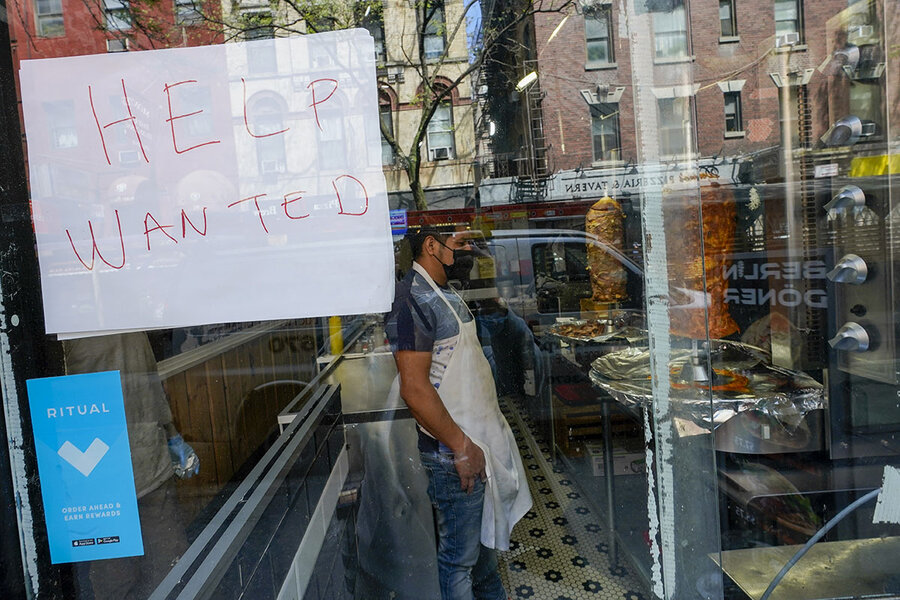 “What comes after manic?” he asks. Business is booming, but lumber prices have tripled in a little over a year. Asphalt and wood shingles are in such short supply they’re being rationed. He worries that replacement window companies are about to jack up prices.

The economic trend of recent decades has been abundance for U.S. consumers, built on globalization and supply-chain automation. For now, the story is looking very different, as shortages emerge for key products.

Welcome to the shortage economy. After four decades where optimized and increasingly global supply chains made goods available at rock-bottom prices – where even scarce energy suddenly became cheap and abundant because of new drilling technologies – America has suddenly run smack into scarcities for everything from lumber to copper, computer chips to rental cars, truckers to restaurant workers, ammunition for guns to chlorine tablets for swimming pools.

Americans can expect more such shortages and price increases, economists say, as eager-to-spend consumers contemplate a post-pandemic economy and as record government stimulus boosts demand. The silver lining in this is that most of these shortages are expected to be temporary.

“It’s going to seem a whole a lot worse than it might about a year from now,” says Gary Schlossberg, global strategist for Wells Fargo Investment Institute. “There’s a light at the end of the tunnel, if you have a pair of binoculars. I do think things will return to something approaching the kind of environment that we’ve seen over the last 10, 15 years.”

Looming over this burst of scarcity is the fear that the United States will return to the high inflation of the 1970s – a fear that many economists tend to discount.

“There is an issue that you have deja vu all over again, which could happen because of the policy mistakes of the type that were made in the 1970s,” says Frederic Mishkin, professor of banking at Columbia University and a former member of the Federal Reserve’s board of governors. But this time, he says, “the level of mistakes made in the 1970s are extremely unlikely.”

The current shortages have hit homeowners. Paul Collins, of upscale Wellesley, Massachusetts, was shocked to find a garage door company include in its bid last month a 3:30 p.m. deadline. If he didn’t respond by that time, the price would be 7% higher.

The shortages have also hit consumers when they hit the road or go shopping. Rebounding demand has caused gasoline prices to nearly double since April 2020. Copper prices have hit all-time highs. Steel prices are up 75%, prompting appliance-makers and mattress manufacturers to hike prices. Procter & Gamble has announced price rises coming in September for baby care and feminine care products.

Pre-pandemic, it cost 33 cents to fire a round from an AR-15 rifle at the shooting range. “Now, it costs $1 every time I squeeze the trigger,” says Mark Oliva, spokesman for the National Shooting Sports Foundation.

Most of the shortages are expected to be temporary because they’re pandemic-driven. Industry after industry, expecting the downturn of a year ago to last much longer, was surprised when consumers started spending again as early as last summer. Factories started having trouble keeping up with demand, especially when coronavirus cases on the factory floor caused temporary shutdowns of production lines. Now, with the average U.S. consumer flush with cash and eager to spend after pandemic lockdowns, supply is falling seriously short of booming demand in key areas.

The supply of certain computer chips is so constrained right now that car companies have had to reduce their own production – or not install certain features, such as navigation systems, which used to come standard in models. These shortages ripple out to create new shortages.

Unable to buy new vehicles, rental car companies are now short of cars and charging sometimes double the price of a year ago. The chip shortage is now spreading to other industries, such as washing machines and smartphones. In March, a Samsung executive warned that the company might have to skip the rollout of a new Galaxy Note smartphone.

Even when the pandemic didn’t cause the shortage, high demand is creating bottlenecks. Ammunition-makers were cutting back after Hillary Clinton unexpectedly lost the 2016 presidential election. (The election of Democratic presidents typically boosts gun sales.) When many Americans bought a gun in 2020 – a surge that accompanied the pandemic and civil rights protests after the murder of George Floyd – ammunition manufacturers were caught flat-footed, says Mr. Oliva.

Ditto for the container ship industry, which was downsizing before the pandemic and now has a serious capacity shortage as exports boom.

Another bottleneck is a decades-old shortage of truck drivers. The problem is magnified when goods are in such big demand. But the problem isn’t really the supply of potential drivers, but the extremely poor pay for long-haul work, says Michael Belzer, a former truck driver and now professor of economics at Wayne State University. Adjusting for inflation, “we’re probably at about 50% on average today of the overall annual compensation of where we were back then [in the 1970s]. So it shouldn’t be a big shock that we have a hard time getting drivers.”

Typically, the market would force wages up. But deregulation in the 1970s and the decline of unions have meant that drivers who work as independent contractors haven’t had the market power to push for higher pay at the trucking companies that rely on them. Instead, the industry sees extremely high turnover.

A shortage of service workers is forcing some large retail and restaurant chains to raise wages to attract them back. Many workers are hesitant to go back, either because of fear of exposure to the coronavirus or continued school closures, which make it difficult for parents without childcare to reenter the workplace.

More controversially, many employers complain that supplemental federal benefits (currently an extra $300 per week) are encouraging would-be workers to stay home, because they can make more from unemployment than they would from a low-paying job. While that’s true for many of the unemployed, and job gains last month were shockingly small compared with expectations, economists disagree about how big a role unemployment benefits play.

In fact, some economists say that, with total U.S. employment still about 10 million jobs below pre-pandemic levels, the likely scenario is one in which both demand and supply revive in tandem over time.

Nevertheless, the Biden administration on Monday said the Labor Department would assist states to reimpose work-search requirements on the unemployed collecting benefits.

Would a continued labor shortage spark ’70s-style inflation? Deregulation and the decline of unions are two reasons many economists are skeptical. And big price hikes in certain categories don’t spark general inflation, anyway, says Professor Mishkin, the former Fed governor. Instead, high prices spur more production and bring supply and demand back into equilibrium. The real problem is policy.

In the 1970s, high Vietnam-era federal spending and the failure of the Fed to react by hiking interest rates led to the stagflation of that era. Professor Mishkin worries that now, just at a time when consumer demand is picking up, the Biden administration has pushed through more federal stimulus, which will create even more demand. That means the Fed will have to remain extra vigilant. If consumer prices start rising at an annual rate above 4%, it will have to raise interest rates.

If inflation doesn’t exceed that level, it won’t be a return to the 1970s, he adds, but it could mark a “mini deja vu.”

‘We’re not going to stop,’ family says of search for missing Texas mother